A former Canadian army officer accused of battlefield murder said he was "gutted" to be thrown out of the military and wishes investigators had bothered to ask his version of events before laying the unprecedented charge.

Robert Semrau has started to go public nearly four years after the shooting of a wounded insurgent. His forthcoming book gives an unvarnished view of his experience mentoring Afghan troops, but largely skates around the specific moment that landed him in court and sparked a national debate on mercy-killing.

In a phone interview Tuesday he wouldn't discuss the incident, or even say whether he agreed with the court-martial's 2010 finding that he shot an unarmed and grievously injured Talib.

"I didn't want the book to be about the incident ... it's not a whistle-blowing book, it's not a tell-all book," said the married father of two, who now does security work in northern Iraq. "I wanted to write a story written by a front-line soldier who has been in every scenario."

He bears "no ill will" to the military – he was demoted and discharged – but has strong words for the investigative process.

The book, The Taliban Don't Wave, goes over his experience leading an Operational Mentor and Liaison Team, one of the small units responsible for advising Afghan soldiers. A veteran of three tours with the British army, including one in Afghanistan, he describes being surprised at how bad the situation was in his area of Kandahar. A briefing not long after arrival showed the insurgents were more organized and deadlier than he'd expected.

"It seemed that a lot more enemy activity was going on than we'd been told about," he writes early in the book. "We knew the war wasn't going well, but I don't think anyone realized it was that bad."

He is candid in the book about the highs and lows his team endured. It's an inside look, complete with soldiers' profane and pop-culture vernacular, along with raw details on the danger and unpleasantness of war. But when it comes to the shooting, he sticks strictly to the court record.

Presenting his story this way leaves unexplained the incident that separates his experience from that of every other Canadian to have done a tour in Afghanistan.

Mr. Semrau was leading a small team tasked with mentoring Afghan soldiers in October of 2008 when he encountered a ghastly scene. A helicopter gunship had come to the aid of Canadians pinned down by insurgents and blown apart the attackers. One Talib was terribly wounded – a person testifying at the court-martial called him "98 per cent" dead – and witnesses said then-captain Semrau shot him twice.

The incident led to a prosecution for murder, the first time a Canadian soldier accused of homicide on the battlefield. Ultimately he was found not guilty of murder and two other charges but found guilty of behaving in a disgraceful manner. He was described as having failed his team.

"You put your subordinates in one of the most precarious situations imaginable: that of knowing their leader had committed a serious breach of discipline," said the lieutenant-colonel presiding over the sentencing. "Now, what were they supposed to do? Report you, as it was their duty, or support their leader, knowing that what he did was unlawful and that their silence was also wrong?"

The case provoked a national discussion on rules and ethics in war. Mr. Semrau suggests that the court martial members didn't have the experience to understand the context of the incident. But he refuses to explain his version of what happened that day. 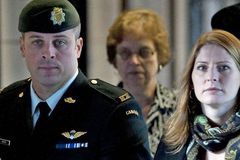 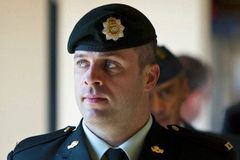 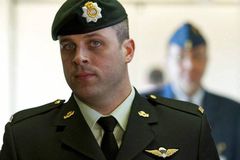 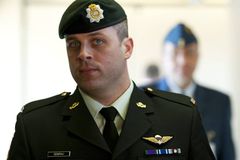 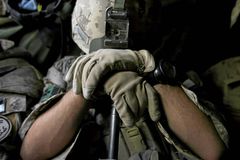