Entire neighbourhoods of Fort McMurray were under water on Sunday, less than three months after a fire roared into the northern Alberta city and destroyed one-tenth of its buildings.

Residents of Canada's oil sands capital are wondering what will come next. They've lived through the rushed evacuation of more than 80,000 people and a wildfire that broke records in how aggressively it pressed forward – as well as years of heavy job losses and plunging profits because of oil prices that have stayed low far longer than most expected.

"There was just an incredulous feeling as people were like, 'Are you kidding?' They aren't too upset, they're just shrugging their shoulders at this point," said Tany Yao, the MLA for Fort McMurray-Wood Buffalo.

GLOBE ARCHIVES: A week in Hell: How Fort McMurray burned

At least 37 homes were flooded on Sunday when 85 millimetres of rain fell on Fort McMurray in two hours. Some residents of the city water-skied through areas that had been on fire on May 3.

The flooding caused the area's emergency operations centre to be activated for the first time since the wildfire. "It's important that our community continues to be resilient and work together," Chris Graham, Fort McMurray's deputy director of emergency management, said in a statement.

As crews pumped water from flooded areas, ash was dusted off barricades so they could be put to use keeping motorists away from waterlogged roads. During the wildfire, those barricades blocked access to acres of scorched homes. Some people were once again told to boil their water, only weeks after similar advisories put in place for the fire were rescinded. "You saw the terrible thing in Fort McMurray. My God, I'm sure they were wondering would the locusts be next. I mean, it's so biblical," said David Phillips, Environment Canada's senior climatologist. "They had the fires and the drought and now the floods. They clearly had more than a month's worth of rain in Fort McMurray in two hours, and it's almost as if they couldn't get rain when they prayed for it back in April and May."

Fort McMurray isn't the only place in Alberta to encounter bad weather this year, Mr. Phillips said. A number of tornadoes have careered across prairie farmland, a large hailstorm forced an Air Canada jet to execute an emergency landing and thunderstorms have been a near daily occurrence across the province. The typically dry region has also experienced an unusually humid summer.

Both Calgary and Edmonton have been hit by episodic flooding over the past month. More than 206 millimetres of rain fell on Calgary in July, the most in 89 years. In Edmonton, stranded motorists had to be rescued from a flooded highway last week. One downpour even flooded the provincial legislature building.

RELATED: Wildfires like 'the beast' in Fort McMurray can have a major impact on water quality

A spokesman for the Regional Municipality of Wood Buffalo, the local government that includes Fort McMurray, said the flooding won't hamper recovery efforts after the fire, the costliest disaster in Canadian history.

Much of the rebuilding hasn't yet started. Officials from the Alberta and federal governments, as well as the Red Cross, will be in the city on Wednesday to announce more funding to aid in the recovery. Mr. Yao and Alberta's Official Opposition Wildrose Party are pressing the provincial government for answers on the timeline for rebuilding. There's been little progress in rebuilding or even cleaning up the ash and debris, nearly a month after the wildfire was declared under control, Mr. Yao said.

According to Mr. Yao, the government is waiting on toxicity tests before making a decision on rebuilding three largely destroyed neighbourhoods that remain off limits to residents.

‘Lives are going to be shortened:’ Fort McMurray firefighters fear for health
July 11, 2016 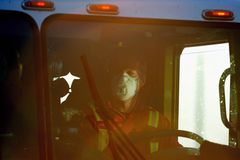 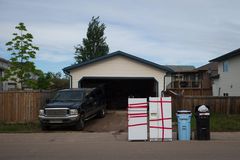 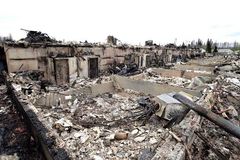