Ms. Le Pen, the Leader of France's right-wing, anti-immigration National Front, begins Day 5 of her Quebec tour Tuesday having finally pierced Quebec's indifference to her visit in one way guaranteed to work: She took to talk radio Monday to blast away at the entire provincial political class, with some swipes at values cherished by Prime Minister Justin Trudeau.

The attack lines were clear and oft repeated in a series of interviews from Radio-Canada to private talk radio and even a couple of top-40 music stations: Globalization and immigration are driving down wages, creating a new type of slavery; multiculturalism is slow death for the host culture; diverse cities such as Toronto are doomed to crumble into ghettos; French in Quebec is in decline; welcoming a small stream of 25,000 Syrian refugees is "folly" that will inevitably lead to a flood.

"And I'm having a hard time finding a leader in this country willing to stand up for the issues I've been advocating in the world," Ms. Le Pen said in one interview. "These issues scare Quebec's political class, even the so-called defenders of Quebec independence and culture. So be it."

A small group of people who identified themselves as coming from the youth wing of the Parti Québécois were the biggest political actors Ms. Le Pen has met so far.

"They represent no one but themselves," PQ Leader Pierre Karl Péladeau said of the meeting. "The doctrine, history and propositions [of the National Front] are diametrically opposed to Parti Québécois values."

The PQ drew strained comparisons to the National Front a few years ago when the provincial party advocated for a Charter of Values to limit religious expression in public institutions. Ms. Le Pen said she was a fan of the charter. Bernard Drainville, the main proponent of the charter, is no fan of Ms. Le Pen.

"She should really just go home. Frankly, she can just get back on the plane," Mr. Drainville said as she touched down.

At first it seemed Ms. Le Pen was in for a more mainstream welcome. Her party spread word she would tour a Bombardier factory and meet federal cabinet ministers. None of the visits happened. Ms. Le Pen is part of a European Parliament committee that is also touring Canada, provoking apparent confusion.

It's not clear what Ms. Le Pen was hoping to accomplish on her tour. It's received scant coverage in France, where her party has risen in polls on anti-migrant sentiment. French politicians often vacation in Quebec but rarely in March. (It was reported a dog-sled ride was in her plans.)

Ms. Le Pen said Quebec could use a party like hers. "I keep wondering who defends Quebec identity, who defends sovereignty, the right of the people to express themselves freely," she told a radio station in conservative Quebec City where she had among her friendlier interviews.

One politician did want to meet Ms. Le Pen. Amir Khadir of the left-wing Québec Solidaire party has a gift for rhetoric that is as pointed as Ms. Le Pen's. He extended an invitation saying he was just being polite. He was more likely looking to get into a good argument.

With reports from Nicolas Van Praet and The Canadian Press 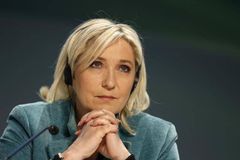 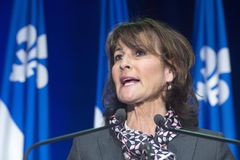