Freed captive Joshua Boyle is facing a slew of assault charges just months after he and his young family were released in Pakistan from five years of captivity.

The 15 charges against Mr. Boyle include assault, sexual assault, unlawful confinement and misleading police, according to documents filed in an Ottawa court. The offences are alleged to have occurred in Ottawa between Oct. 14 and Dec. 30. The names of the alleged victims are protected by a publication ban.

Mr. Boyle's lawyer, Eric Granger, said he can say very little about the case at this point. "Mr. Boyle is presumed innocent. He's never been in trouble before. No evidence has been provided yet, which is typical at this early stage," he said in an e-mail, adding that his client has been through a lot of late.

Opinion: The Boyles are safe – but Canada didn't take a risk to help them

"He's only very recently been released, and nobody goes through what he's been through and just picks up where he left off in 2012. I don't have any more specific insights than that."

Mr. Boyle is to appear in an Ottawa court on Wednesday morning.

A week before Christmas, Mr. Boyle posted to Twitter pictures of him and his family visiting Prime Minister Justin Trudeau in his Centre Block office.

A spokesman for the Prime Minister's Office would not comment on an ongoing investigation, but the office previously confirmed the meeting between Mr. Trudeau and the Boyle family took place.

Mr. Boyle was married to Zaynab Khadr, the sister of former Guantanamo Bay detainee Omar Khadr, a decade ago. Five years ago, he was kidnapped while travelling to the Afghanistan-Pakistan border regions with his second wife, an American named Caitlan Coleman.

The couple have three children, who were born in captivity. Their kidnappers, the Haqqani network, are a group of militants linked to the Taliban and designated as a terrorist group by Canada.

(After the family was freed and arrived in Canada late on Oct. 13, Mr. Boyle said the Haqqani network killed another child in infancy.)

Matters stalled for years while the couple was in captivity, but the Canadian-U.S. family was suddenly freed this fall, although no ransom is known to have been paid. In the aftermath, U.S. officials hailed Pakistan for a successful military intervention, and Mr. Boyle described being in the trunk of a car during a shootout that led to his family's freedom and his captors being killed.

Last week, the White House released a statement describing the hostage release as one of U.S. President Donald Trump's signature foreign-policy accomplishments during his first year in office.

After the rescue, officials flew Mr. Boyle and his family to London, and then Canada. 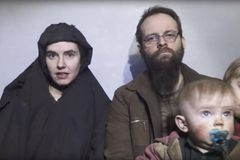 Freed U.S.-Canadian family was held for five years in Pakistan: CIA chief
October 19, 2017
Freed hostage Joshua Boyle explains why he and his wife had kids in captivity
October 16, 2017 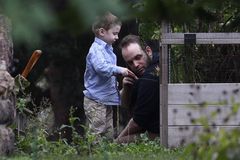