When Montreal businessman Sam Borer died two years ago, his family found a treasure trove of decades-old poetry, written in neat cursive on sepia foolscap, among the papers he left behind. There were comedic works, including epigrams ridiculing Adolf Hitler and Benito Mussolini. Others were introspective, reflecting on war, philosophy and nature.

The author was not Mr. Borer, but his friend Milton Cohen, who penned the poems on the front lines of the Second World War and included them in letters home. While his unpublished oeuvre is unlikely to rewrite the canon of war literature, it is a reminder that a person's past often reveals itself through the ephemera that survive them.

Mr. Borer's son, Leonard, said he discovered a new side of his father's friendship. And he saw in the pieces something universal: "A testament to those who, as they fought for their country, did not lose their sense of humanity."

Details of Mr. Cohen's life are scarce, but the younger Mr. Borer remembers his father talking about him. Both men grew up in Montreal's Jewish community, along Rue Saint-Urbain, in the decades between the world wars. It was a hardscrabble milieu of frustrated ambition, where many young people – Sam Borer included – had to quit college to support their families during the Great Depression. This place would also spawn a rich literary tradition, including the poetry of Irving Layton and the prose of Mordecai Richler.

Mr. Cohen and Mr. Borer met as pupils at Baron Byng High School, where they shared a passion for literature and an acerbic sense of humour. When the war came, Mr. Borer worked at an airplane plant, while Mr. Cohen went to Europe with the army.

"They had dreams of going from rags to riches. But in the prime of their lives, they were sent to war," Leonard Borer said. "I think it was so engrained, this cynicism. It's a particular generation."

Mr. Borer supplied his friends with cigarettes and other precious items from home; Mr. Cohen sent back poetry. His correspondence indicates he was with the 5th Canadian Armoured Division, which slogged through the mountains of Italy to topple Mussolini before transferring to Northwest Europe for the final push against the Wehrmacht.

In one letter, dated March 16, 1943, shortly before Mr. Cohen's 27th birthday, he enclosed "Dream," a poem that imagines a world without war, fear or hate, and which he said he was still polishing: "I must commune with myself further, and see what something between a half-wit and a genius (aren't we all?) has to say on the subject."

He gave the same themes a darker treatment in "Forest Fantasy," which juxtaposed the horror of battle with the perfection of the natural world. "These bloody wonders of destruction/Cannot create a sunset/Nor a blade of grass," he wrote. In "The Earth Weeps," he lamented that "The world has lost its soul/And found a gun," and closed with a credo: "Let us not personify any one man as symbolizing Truth. For should he turn traitor to the truth, he would make traitors of us all."

His wry wit was evident, too, with one-liners on everything from procreation ("Early to bed and early to rise will make you the proud father of a bunch of little guys") to politics ("A dictator is a guy who's willing to give your life for his country.") Mr. Cohen was wounded in the leg in the late winter of 1945 but survived, spending the final months of the war in a Canadian army hospital in England.

The younger Mr. Borer says his father's old friend ultimately moved to Vancouver and ran a tie company for a time. He got together regularly with the elder Mr. Borer during visits home to Montreal, and died a few years ago.

But what about Mr. Cohen's verse?

What's clear to Nick Mount, a professor of Canadian literature at the University of Toronto, is a dichotomy between the style of Mr. Cohen's poetry – which resembled that of the Victorian period – and its modern content.

"The poems probably speak for a large number of people from that era. … There's one aesthetic from a previous generation running up against a reality that no longer fits with that style," he said. "He's struggling to find a way to put this experience into words that will be meaningful to him."

Did you know Milton Cohen or more about this story? Contact us at community@globeandmail.com 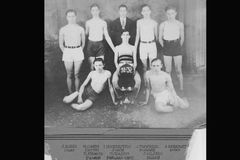 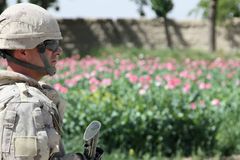 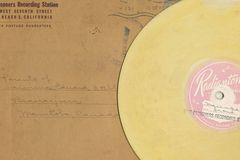 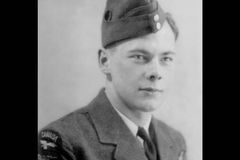 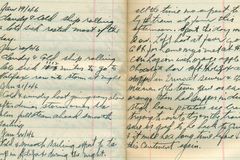 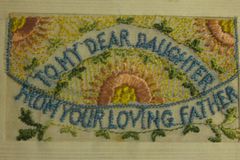