This story was originally published in July of 2012.

Of all the skills required for a baseball career, no one ever mentions calligraphy.

And yet Toronto Blue Jays bench coach Don Wakamatsu has found a way to stand out from the field with his elegant handwriting.

The Blue Jays' lineup cards rendered by the 49-year-old former catcher are miniature works of art, transforming the list of each team's players posted on the dugout wall into an object of unlikely beauty.

When Toronto manager John Farrell needs to get a quick sense of his mid-game options, he'll walk over and study the names Mr. Wakamatsu has inscribed in Blue Jay blue.

"I think he appreciates it," Mr. Wakamatsu said. "Number one, it's legible. I've seen a lot of lineup cards that aren't."

Legibility is a characteristic of Mr. Wakamatsu's orderly Gothic script, derived from the official documents written by medieval scribes. Having seen many sloppy lineup cards, he knows the advantage of clarity when it comes to baseball's managerial strategy – sorting out pinch-hitting possibilities or making a move based on which pitchers remain in the opponent's bullpen.

But for a man who had 31 at-bats in his brief big-league stint, the hand-crafted lettering also sends a message to the players whose names he inscribes so patiently: Small things matter.

"Calligraphy may have no bearing on winning a game. But it's about paying attention to detail, about taking time to get things right, about making sure you do everything you have to do."

Baseball is a hierarchical sport, and getting to the major leagues is the culmination of a step-by-step education in how to play the game the right way. Young players, many of them instant millionaires, don't always appreciate the old-school approach, which is where detail-oriented baseball traditionalists like Mr. Wakamatsu step in.

"You're always looking at something and asking, can we make it better, is it major-league standard?"

He first tried calligraphy after seeing the work of rival coach Jerry Narron, who even wrote the names of Japanese players in their own script. Mr. Wakamatsu himself is of Japanese descent – his father was born in a wartime internment camp – and he traces his aesthetic sense back to his grandfather, who filled out crosswords with calligraphic flair.

Now his beautiful lineup cards are sold at auction or given to rookies to mark their debut or passed on to worthy opponents such as the Detroit Tigers' Justin Verlander, who pitched a no-hitter against the Jays.

Yet as a self-described "bootleg calligrapher" who lacks formal training, Mr. Wakamatsu is modest about his work.

"You get people who don't do calligraphy say, 'Man, that's beautiful,' but you're going, 'That's pretty sloppy.' So every day, you're trying to change a letter or two, improve upon it in some way."

He still finds certain letters such as A and S difficult, and the tight format of lineup cards makes long names a challenge: As a coach in Texas, he had to summon all his skills when catcher Jarrod Saltalamacchia was in the lineup. Inscribing the name of Blue Jays player Edwin Encarnacion is easy by comparison.

Mr. Wakamatsu can turn around a lineup card in less than half an hour, but even a calligrapher has to deal with baseball's daily pressures. He has to wait to for the opposing team's lineup before he can set to work, and some managers are notoriously tardy. Or they scratch a starting player just before game time, and he has to rewrite the card.

His skills are also required for in-game changes. When a player on either side is substituted in the lineup, Mr. Wakamatsu walks over to his posted artwork, and makes the alterations with equal elegance.

"Writing on a wall is not the easiest way to do this," he said. "And the hard thing is, writing during the game, you can't afford to be missing what's happening on the field because you're doing calligraphy." 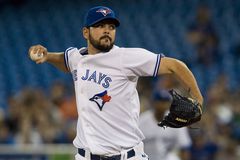 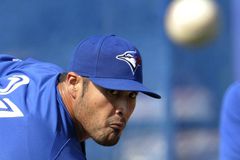 How pedicures make people sick, and other weekend stories you should read
July 15, 2012 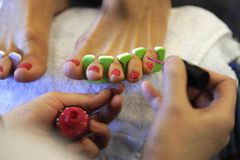 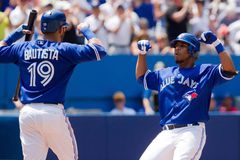