Investigators working for the Ontario Ombudsman are examining a provincial funding decision that is jeopardizing the lives of patients with a rare lung disease, one of whom died over the weekend.

Bonnie Cameron was a 32-year-old single mother featured in a Saturday Globe and Mail story about patients with fatal pulmonary arterial hypertension (PAH) who have been forced by the province to give up life-sustaining multi-drug cocktails because there is not enough scientific evidence to support the treatment.

Ms. Cameron, who struggled with the disease for 10 years, was told earlier this year that her medication would be covered only if she scaled back to a single drug. When she did, her condition deteriorated rapidly. She died of right-heart failure in a Toronto hospital on Saturday night - her 32nd birthday.

A number of PAH patients in Ontario are fighting to avoid Ms. Cameron's fate. Several received the same letter from the Ontario Ministry of Health that Ms. Cameron did, which said their PAH treatment coverage would be nullified even if they were willing to pay for secondary medication themselves.

Patients and doctors are increasingly pointing to the use of drug combinations as key to living longer - and better - with PAH. Several provinces allow combo treatment on a case by case basis.

Several Ontario patients, concerned that scaling back their drug regimens would lead to death, complained to the Ombudsman's office after receiving the province's ultimatum.

"I don't want to possibly die because of funding," said Kathy Ilano, a 34-year-old PAH patient who appealed to the Ombudsman as "a last resort" after learning that her primary medication, the expensive intravenous drug Flolan, would be cut off if she continued to accept a free secondary drug given to her on a compassionate basis by the pharmaceutical company Pfizer. The ministry has cited "lack of scientific evidence" as its explanation.

"I had 12 days left of medication when I got the letter. I was just in shock. I was really scared for my life and I didn't know what would happen," she said, adding, "It's not humanitarian whatsoever."

After spending hours on the telephone explaining her case to an Ombudsman's office investigator, and inciting her family to unleash an e-mail barrage on Helen Stevenson, the deputy minister in charge of Ontario's drug funding programs, Ms. Ilano got a one-year reprieve. She and another patient, Cindy Waters-Goodman, were told they could remain on multiple medications for one year.

But there is no telling what might happen at the end of that term.

"I don't want to even think about it ... I know how I felt when I was only on one medication," Ms. Ilano said. "I couldn't walk ... I was being assessed for a double lung transplant. I was really close to dying."

The Ombudsman's investigation is cause for some optimism. In September, the office issued a report calling the province's decision to limit funding for the colon cancer drug Avastin "dispassionate" and said it verged "on cruelty for those already afflicted by this unrelenting illness." The report suggested the province extend funding on a case-by-case basis. The ministry rejected the suggestion, but agreed to develop a new compassionate review policy for cancer drugs.

There is nothing of the sort for PAH patients, and they say they would welcome an appeal body to review their cases.

A spokeswoman for the Ombudsman said the office does not comment on ongoing cases. The official scope and timeline of the investigation remain unclear.

However, Darren Bell, head of the Pulmonary Hypertension Association of Canada, a patient awareness and advocacy group, said he was recently in touch with investigators on the case.

"They indicated to us if the ministry was working towards something they wanted to give that process a chance to work," he said.

A government subcommittee was recently appointed to study the combination therapy issue among the PAH population. But until the committee reaches its conclusion, which insiders say could be as late as January, patients who have had to forfeit combination drug therapy must live in limbo, a fact that concerns doctors.

"Ideally, evidence-based medicine of the highest order is required. But having said that, what do you do with all the patients in the interim?" said Clive Davis, the Hamilton internist who cared for Ms. Cameron.

He is hopeful health officials and doctors will agree on a "pact" to allow patients failing single-drug therapy to be treated with combinations if carefully monitored by a PAH expert.

A spokesman for Deb Matthews, Ontario's Minister of Health, said the minister was unavailable for comment. 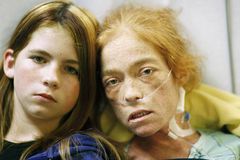 Fewer drugs, fewer options for treating arterial disease
October 30, 2009
Seeking answers on PAH treatment coverage
October 30, 2009
Follow Jessica Leeder on Twitter @jessleeder
Report an error
Due to technical reasons, we have temporarily removed commenting from our articles. We hope to have this fixed soon. Thank you for your patience. If you are looking to give feedback on our new site, please send it along to feedback@globeandmail.com. If you want to write a letter to the editor, please forward to letters@globeandmail.com.
Comments