An explanation about why there was almost no French spoken at the opening ceremony of last year's Vancouver Olympics was picked apart and pilloried in Quebec on Wednesday.

The target of the growing pile-on was VANOC CEO John Furlong, whose accounts on the issue of French were systemically countered by some of the players in his new book.

That allegation didn't go down well in Quebec, where the counter-arguments were flying everywhere, including the provincial legislature.

"The question of the opening ceremonies touched us all, as we all understood that there wasn't enough French. We said that and repeated it."

In an excerpt from Patriot Hearts that was published in The Globe and Mail over the weekend, Mr. Furlong wrote that organizers had built a big production around the use of Mon pays, which evokes a stirring vision of Quebec in winter.

Games organizers believed it would send a message of inclusiveness - even to Quebec sovereigntists. But Mr. Furlong said Mr. Vigneault balked and told organizers his song was not to be sung in any place where the Canadian flag flew or in any production that suggested Canada included Quebec.

In an interview published in Montreal's Le Devoir on Wednesday, Mr. Vigneault took organizers to task and defended his right to decline.

Mr. Vigneault's version of events stated that his artistic integrity was also at stake and that what was proposed was unacceptable.

"They asked for a translated and truncated song," Mr. Vigneault explained.

"That's what was proposed. You don't amputate a song: either you use a song in its entirety or you don't use it at all."

Mr. Vigneault said he would have refused even if organizers had agreed to use the song as is.

Mr. Furlong wrote that Olympic organizers enlisted Premier Jean Charest to try and get Mr. Vigneault to change his mind.

The ceremony wound up including almost no spoken French - one of Canada's official languages - although it did include one French song performed by popular Quebec singer Garou.

For the second time in as many days, the Opposition Parti Quebecois attempted to table a motion reprimanding Mr. Furlong and supporting Mr. Vigneault, but the governing Liberals blocked it, not keen to pursue the debate.

Mon pays, written in 1964, has become one of the anthems of the sovereigntist movement.

Ms. St-Pierre said aside from the opening ceremonies, French and francophones were well represented at Olympic venues and installations.

"Mr. Vigneault is sole owner of the right to the song Mon pays so [he]has every right to refuse," Ms. St-Pierre responded during question period.

"[He]didn't want his work performed at the opening ceremony at the Olympic Games and it was his fundamental right: this song, it is his."

He said the opening ceremonies lacked French content and that his office fielded more than 100 complaints during the Olympics - mostly about the opening event.

Many francophones said they felt their language was treated as an afterthought and even the federal government criticized organizers.

Mr. Fraser said Mr. Furlong's reaction to the criticism he received in his report was disappointing.

"He received well merited praise for his work," Mr. Fraser said. "I would hope that he would have received criticism with a little more graciously."

In an interview with The Canadian Press last week in advance of his book tour, Mr. Furlong said dealing with Mr. Fraser's office was a challenge.

"The problem was that for me, he made a comment when the Games were over . . . that we didn't understand our mandate," Mr. Furlong said.

"We absolutely did understand our mandate.

"If we understood one thing, we understood that, but the environment we were working in was very difficult. And people knew it, everyone knew it and they knew what we were trying to manage around."

Furlong's prescient e-mail comes back to haunt him
February 8, 2011 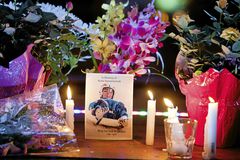 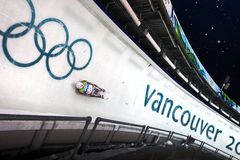 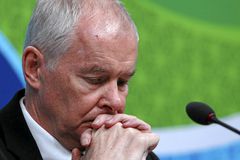 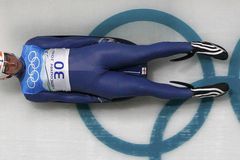