Air pollution leaves its mark on the human body, not just in the throats and lungs of those who breathe it in, but in their very DNA, a newly published Canadian study has found. The work provides a unique window into how environmental exposures can switch various genes on or off, creating a gene expression signature that may interact with or override other inherited factors and even offer an early signal of future health problems.

"We were extremely surprised," said Philip Awadalla of the Ontario Institute for Cancer Research in Toronto, who led the study, published Tuesday in the journal Nature Communications. "Unequivocally what you'll see is that gene expression signatures follow where you live rather than your ancestry."

While it's long been known that proximity to air pollution can increase the risk of respiratory illness, including asthma and lung cancer, those epidemiological associations typically require huge populations to become evident and they say nothing about an individual's personal risk level.

What is notable about the Canadian study is that it was able to draw out a correlation with air pollution at a stage that precedes visible illness and that was evident in a sample size of just 1,000 individuals living in the province of Quebec.

Those individuals were of French-Canadian descent living in Montreal, Quebec City and the Saguenay region. Their common ethnicity helped to reduce variables in their genetic makeup. Nevertheless, by using whole genome sequencing to read the participants' DNA, the team was able to distinguish between participants who hailed from different locations.

Next, the team deduced which genes were being expressed by reading the RNA – the molecule that carries instructions from DNA to other parts of the cell – found in the participants' blood samples. At first, they expected that genetic background would play the deciding role in which genes were expressed, Dr. Awadalla said. However they soon discovered an environmental effect that was far stronger and correlated directly to air-pollution exposure, particularly fine particulate matter and nitrogen dioxide, which is associated with automobile exhaust. The fact that the gene expression factors that turned up in the study are known to be involved in lung function strengthened the team's conclusion that air pollution was the culprit.

The results show that someone who was born in Saguenay but who grew up in Montreal will develop a genetic expression signature along with associated risk factors that more closely resemble those of a native Montrealer.

The analysis also showed that genetic background was not entirely absent, because it had a measureable effect on modulating the environment-driven gene expression. This has interesting implications for precision medicine, an emerging paradigm that relies on genetic information to predict the likelihood of disease and guide treatment when illness strikes.

"This gets to the future of risk prediction," said Stephen Montgomery, a geneticist at Stanford University in California who was not involved in the study. "It's not just what's in your genome, but what you're exposed to."

Dr. Montgomery added that the Canadian study shows that companies that offer personal genetic sequencing to provide individuals with information on their ancestry and genetic predispositions are only capturing part of the story. It's conceivable that in the future, health-care providers will combine a patient's genome with an "expose-ome" that reveals gene expression, using the combination of the two to understand whether a disease risk is present.

"That's really what precision health is about," Dr. Awadalla said. "You want to capture these things before people are in the doctor's office and having to be treated."

The study is part of a larger effort known as the Canadian Partnership for Tomorrow Project (CPTP), which has collected environmental, lifestyle and genetic data from 300,000 individuals – roughly 1 per cent of Canada's population – and is tracking outcomes related to the development and progression of cancer and chronic diseases. 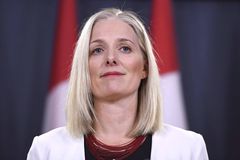 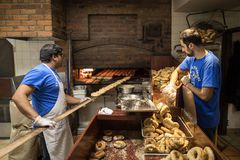