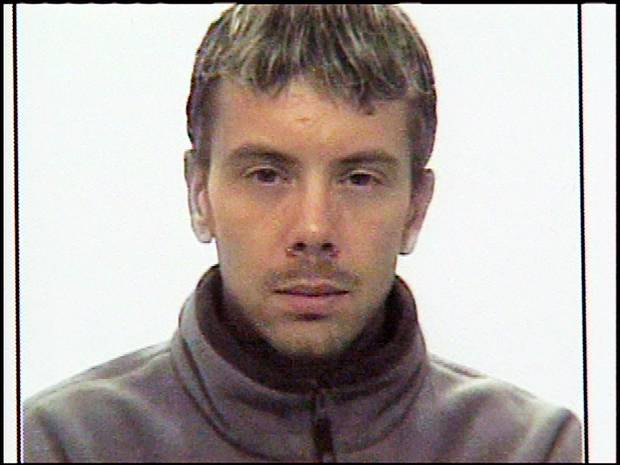 He once made the news for high-tech bank heists and the theft of an imperial jewel from an Austrian palace. Now Gerald Blanchard faces charges for stealing gaming consoles from a Best Buy outside Toronto

Before the Cairo scam, the escapes from police custody and that time he said he parachuted onto the roof of an Austrian castle to steal a famous diamond, Gerald Blanchard was a shoplifter.

When he was just a 19-year-old trouble maker, he made the news for a series of capers that included robbing a Nebraska department store. He misdirected the staff with a phone call, fooling them into looking for a bogus suspect while he bundled up expensive jackets elsewhere in the store. He then tried to escape with a security guard clinging to his getaway car.

A quarter of a century later, the Vancouver resident once hailed as Canada's craftiest robber is back in the news.

He was arrested in March in another shoplifting incident, on similar allegations that he and an accomplice went to a chain retailer – this time in Burlington, west of Toronto – called the store employees to distract them, then stole four gaming consoles.

The circumstances were a bit less flamboyant than his previous time in the spotlight.

Wired magazine had once hailed him as a criminal savant. The Globe and Mail called him a jet-set thief. He directed a ring whose deeds left writers grasping for references to heist movies, such as Ocean's 11 or The Italian Job.

His most famous feat was the theft of one of the Sisi's stars, a jewel once belonging to 19th-century Empress Elisabeth of Austria. Also known as the Koechert Diamond Pearl, the pendant mysteriously disappeared from the Schonbrunn Palace in Vienna in June, 1998. He had managed to unscrew the glass display case without activating its sensors and replaced the jewel with a gift-shop replica. The switch wasn't noticed for weeks.

Halton Regional Police Service handled the most recent case, and investigators were stunned when they learned the identity of their suspect.

"The OIC [officer in charge] was taken aback when he found how much Gerald Blanchard had been involved in," Halton police Detective-Sergeant Ron Hansen said in an interview.

Reached by e-mail, Mr. Blanchard agreed twice to speak to The Globe but did not call back.

Now 46 and using the name Rick White, he has built a new life in Vancouver as a drone operator, aerial videographer and advocate for owners of servals, an African cat species.

He flies to China and the Philippines. Works on movie sets. Brings his pet felines to fashion shoots, luxury car shows and beauty pageant galas.

But his past is even more intriguing.

In a 2015 statement of claim in a dispute with Home Depot, he said he went by several aliases and described himself as being "considered by law-enforcement as one of the most sophisticated criminal masterminds in Canadian history."

He was born in Winnipeg and raised in Alberta, where his father owned an oil-drilling company. After his parents split, he moved to Nebraska with his mother, Carol.

At 18, while living in Omaha, he was arrested in neighbouring Iowa for possession of an incendiary device. He was sentenced to "shock probation," where first-time offenders are only jailed briefly – to give them a taste of life behind bars.

Apparently not shocked enough, he was arrested the following year, on Boxing Day, 1991, for stealing from Radio Shack outlets and for shoplifting expensive jackets, according to the Omaha World-Herald, citing police reports.

In the following months, the paper reported, he escaped twice after arrests, once crawling through the ceiling at a police station and stealing a badge, service gun and other equipment on his way out. Another time, he slipped his cuffed hands under his legs and drove away in a squad car.

He had an ability to spot security weaknesses. He loved technical gear. Detectives discovered he had devised a makeshift video surveillance system at his mother's home.

He did not care for drugs or alcohol; his actions were driven by "thrill-seeking and impulsivity," he later said during his parole process.

After a stint in an Iowa penitentiary, he was deported to Canada in 1997.

Within a few years, he was settled in Vancouver and was ostensibly buying and selling real estate. He claimed to own properties in Canada and Mexico and had accounts with two Canadian banks and banks in France, Britain, Poland, Jamaica and Turks and Caicos.

In May, 2004, someone robbed a new branch of Canadian Imperial Bank of Commerce in Winnipeg, siphoning half a million dollars from its ATMs the weekend before its official opening.

It was Mr. Blanchard. Court evidence showed that he had concealed a pinhole camera in a thermostat to spy on workers setting up the ATMs. He had also figured out how to unscrew and disable the ATM's high-security Mas Hamilton locks.

But he made a mistake. An employee at the Wal-Mart next door noticed a suspicious van outside the bank. It was rented in Mr. Blanchard's name.

"It [provided] a starting point which, had we not obtained it, would have resulted in the file still being unsolved today," Larry Levasseur, one of the Winnipeg detectives who later caught Mr. Blanchard, said in an e-mail interview.

The rental van led them to Mr. Blanchard, who was placed on wiretap.

Police were listening in when a British-based kingpin described in court as "The Boss" instructed Mr. Blanchard and his crew to fly to Cairo and use stolen payment card data to defraud local banks of tens of thousands of dollars. The Winnipeg detectives alerted their London counterparts, who found that The Boss had other cells and diverted the proceeds to Kurdish separatists, Mr. Levasseur said.

The wiretap was also running in December, 2006, when Mr. Blanchard got a call from The Boss while he was in the midst of crawling through the ceiling into the ATM room of a Scotiabank branch in Chilliwack, B.C. It was, Mr. Levasseur said, "one of the motivating factors for us to move in and arrest Blanchard in January 2007."

As they took him and seven others into custody, they found that his Vancouver apartment was an Ali Baba's cave for technophiles, filled with cellphones, walkie-talkies, cameras, electronic gear, costumes – even machines to counterfeit credit cards.

There were forged IDs for Mr. Blanchard with made-up birth dates and bogus names, such as Ron Aikins, Chris Hoffman, Daniel Hall and Evan Howland. Each card had a different picture of Mr. Blanchard.

Police determined that he had been involved in a string of bank robberies in Winnipeg, Edmonton and Vancouver, in addition to running several credit card frauds.

In a court filing, he said he co-operated with police so his accomplices could get more lenient sentences, underlining that he had not committed violent crime and was "known internationally for orchestrating never-seen-before high-tech crimes."

He led police to his grandmother's basement in Winnipeg, where he had hidden the Koechert Diamond Pearl.

He told Wired magazine that he had parachuted at night onto the roof of the Schonbrunn Palace, entering through a window he had unlocked while visiting during the day.

Police remain skeptical about his skydiving claims. "It makes for a great story, but there is no evidence to support this. Something simpler would be more plausible," Mr. Levasseur said.

Nine months after his arrest, Mr. Blanchard pleaded guilty to 16 charges and was sentenced to six years.

In June, 2009, he was granted day parole and moved to a Vancouver halfway house.

Within a year, police alleged he had been spotted acting suspiciously outside a retail outlet with two associates in the back seat of a vehicle.

While there were no charges, "it is obvious to police … that you controlled and directed other people in an organized shoplifting of a large retail store," the parole board said in a July, 2010, decision that revoked his day parole.

The decision also noted that staff at the halfway house found a cellphone hidden under his mattress, three other prepaid phones and a SpoofCard, which can camouflage a caller's voice and phone number.

In a counternarrative that he outlined in the suit against Home Depot, Mr. Blanchard says he noticed a man acting suspiciously on two occasions at different Vancouver-area stores in January, 2010. He says he reported his suspicions to store employees but later learned that the man, Charles Pioneson, was a security officer for Home Depot.

In his statement of claim, filed in 2015, Mr. Blanchard alleged that Mr. Pioneson later harassed him and falsely told police that Mr. Blanchard threatened to kill him.

At the time, Mr. Blanchard worked for a local cable contractor and went by the name Rick White.

It was also as Rick White that he began lobbying for serval cat owners, giving an interview to the Vancouver Province in 2013.

A year ago, back as Gerald Blanchard, he spoke at a law-enforcement conference in Winnipeg in a presentation titled "Insight Into the Mind, Motivations and Tactics of a Master Thief." Participants said Mr. Blanchard was a smart, charismatic speaker, taking questions for 45 minutes from an audience of 300 robbery investigators.

According to Halton police, earlier this year, on Jan. 14, two men followed a customer into a Best Buy outlet in Burlington, where one of the pair called the store and claimed that the customer was involved in a possible fraud, distracting the staff while the duo stole gaming consoles. Afterward, the two also broke into the customer's car and stole about $3,100 worth of merchandise, the police said.

Det.-Sgt. Hansen said investigators identified Mr. Blanchard as a suspect because a car at the scene was rented in Rick White's name.

Charged with theft and mischief, Mr. Blanchard has a court date in Milton, Ont., on April 26.

Coincidentally, on that same day, the Science Channel in the United States will debut a show called Outlaw Tech, highlighting true stories of "cutting-edge cops and criminals." To be featured in the May 31 episode: Gerald Blanchard and the Viennese heist.

With files from Michael Pereira in Winnipeg and Rick Cash in Toronto.