As Chancellor Angela Merkel and Stephen Harper kicked off their two-day visit at the prime minister's retreat Wednesday night, a major German warship-builder and a leading Canadian defence contractor were among 10 companies poised for talks of their own.

The chief executives of Germany's ThyssenKrupp Marine Systems and Canada's CAE Inc., which manufactures defence simulators, are among the 10 that will attend a Parliament Hill business luncheon Thursday with Chancellor Merkel and Prime Minister Harper.

Ms. Merkel's visit with Mr. Harper is being billed as a chance for two established Western leaders to have quality face time on the weighty economic and political issues of the day.

But a mini-trade mission is shaping up as a major component of the German leader's two-day visit.

Ms. Merkel arrived with five major German business leaders in tow, and they will be joined by five Canadian counterparts at Thursday's luncheon. All of them remained in Ottawa Wednesday night as Ms. Merkel and Mr. Harper met for an informal two-hour conversation over dinner at the prime minister's Harrington Lake retreat a half-hour drive across the Quebec border.

ThyssenKrupp Marine is under contract with National Defence for help in the construction of the Canadian navy's new supply ships. A German design based on the existing Berlin-class support ships is considered among the leading contenders.

More importantly, the company is considered a leading candidate within the defence community if and when the federal government decides to replace the military's glitch-plagued, British-built Victoria-class submarines.

Appearing before a Senate defence committee a few months ago, the head of the Royal Canadian Navy said defence planners had begun to consider timelines for replacing the current submarines — an endeavour that's expected to take more than a decade.

In addition to ThyssenKrupp, the German contingent includes the head of chemical giant BASF, as well as K+S Group, which broke ground in June on the $3.25-billion Legacy mine, Saskatchewan's first new potash mine in four decades.

"When the chancellor travels she likes to have business people around to give them an opportunity to meet and mingle with counterparts in the host country," said a senior German official, speaking on the condition of anonymity.

The Canadian side will also include the CEO of CGI Group, the consultancy that currently boasts retired army general Andrew Leslie, whose name has been mentioned by the Ottawa rumour mill as a candidate for the country's new defence chief.

The Canadian side will be rounded out by the CEOs of embattled Research in Motion and the information management company, OpenText Corp.

The most lucrative pairing at Thursday's lunch could be the ThyssenKrupp-CAE matchup.

Construction of the navy's new supply ship project, known as Joint Support Ships, is still in the planning stages and expected to be built by Seaspan Marine Corp. in Vancouver.

The two will have a rare, uninterrupted session — no aides, no agenda — that's set for two hours, but could last longer. A more formal meeting is to be held Thursday in the Prime Minister's Parliament Hill office.

Among other things, Harper will be keen for an update on the European economic situation. Earlier Wednesday, Finance Minister Jim Flaherty repeated Canada's familiar lament that Europe's own efforts to contain its financial woes are falling short.

"Not enough has been done," Mr. Flaherty said. "They need to do much more."

Ms. Merkel's visit unfolds following Canada's refusal to contribute to a global bailout package through the International Monetary Fund. The Conservatives have been adamant that Canada will not contribute.

Mr. Flaherty reiterated that position Wednesday, but he also showed frustration with the Europeans for not taking what he said are clear steps to remedy their economic problems.

"My European colleagues and I speak, and I know them all well," he said.

Ms. Merkel and Mr. Harper are also expected to discuss Canada's bid for a free-trade pact with the European Union.

But while Germany wants the talks to succeed, officials say Ms. Merkel will avoid any enthusiastic public statements of support as the negotiations enter the crucial home stretch.

Canada estimates a free-trade pact with the 27-country trading bloc could boost the economy by $12 billion annually.

Prime Minister Harper wants a deal struck by the end of the year and has said recently that the EU trade talks were progressing well. 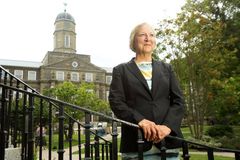 Flaherty urges Europeans to do more on debt crisis
April 30, 2018 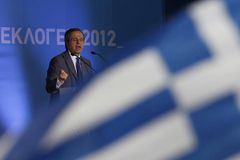