After a nearly 80-year history, Southern Ontario-area Goodwill stores suddenly closed their doors on Sunday because of what their CEO called a "cash-flow crisis."

The closings affect the jobs of more than 430 people, including many who had struggled to find employment, though it's unclear if the move will be permanent.

"Currently, this is a fluid situation and Goodwill is exploring a variety of options to continue its decades-long mission," chief executive officer Keiko Nakamura wrote in a statement on Sunday.

The non-profit – one of several Goodwill chapters in Canada, each of which is run separately – said it would release more information Monday afternoon.

In her statement, Ms. Nakamura blamed the financial problems on "a number of factors affecting the retail environment."

But whatever retail industry problems are at issue, they haven't done similar damage to neighbouring Goodwill chapters, CEOs in the Niagara and Hamilton regions said.

News of the closings came as a total surprise, said Paul Chapin, CEO of Hamilton's Goodwill chapter, which recently opened new stores in the Maritimes.

"Our donations are up, and our retail operation and things are fine," he said. "First I became aware of [the Toronto chapter's situation] was when I was called yesterday from our international office."

"I don't know what happened in Toronto. We haven't been privy to any of this information," she said.

"I was shocked. I just feel so bad for them."

The struggling chapter is known as Goodwill Industries of Toronto, Eastern, Central and Northern Ontario, and it said Sunday that stores in Toronto, Mississauga, Brampton, Newmarket, Barrie, Orillia and Brockville are closed. There were reports that a store in Ottawa was also shuttered Sunday, though the organization didn't include it on the list of closings.

In addition to Hamilton and Niagara, stores in many other parts of Ontario are unaffected, including the London and Sarnia areas.

Aside from 16 stores, the Toronto Goodwill chapter is closing 10 donation centres and two offices.

Tim Lai, a representative from a communications company speaking for the non-profit on Sunday, said he wasn't sure if the employment services would also be closed.

Unlike many other thrift stores, Goodwill shops raise money to sustain its charitable mission to help people struggling to find work, including those with disabilities and young people.

The Toronto chapter is one of Canada's largest, and in 2014 it provided employment counselling to 12,000 people, 1,100 of whom found jobs directly through those services, according to that year's financial statement.

In the Hamilton area, which connected about 900 people with jobs last year, the overall wage impact to the region was $20-million, Mr. Chapin said.

Aside from being big, the Toronto-based Goodwill operation also stands out in that it appears to have been shrinking over the last 10 or 15 years, Mr. Chapin said.

As in Hamilton and Niagara, the Goodwill operations in Montreal, London and Alberta have been growing, he said.

Toronto's is also the only Goodwill chapter in the country, aside from Hamilton's, that is unionized, he said.

The Canadian Airport Workers Union was certified to represent Toronto Goodwill employees in 2012, according to documents from the Ontario Labour Relations Board.

A lawyer for the union, Denis Ellickson, told the CBC on Sunday that employees were simply locked out with no warning.

"We don't know whether they'll be seeking creditor protection or seeking bankruptcy," he said. 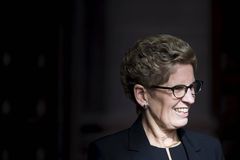 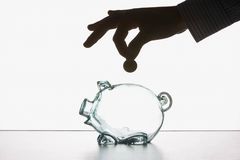 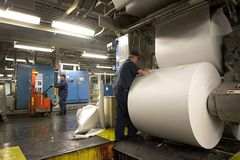