There are at least 75,000 grandparents in Ontario being denied access to their grandchildren for no valid reason, Liberal backbencher Kim Craitor said as he made his fifth attempt to update the Child Law Reform Act to give grandparents more rights.

Sometimes a grandparent's access is cut off when children are used as pawns in a nasty divorce, and other times the courts refuse to give them any special credence in custody cases, even when the parents have died or given up their rights, Craitor said.

"I've been working on this bill for eight years and far too often what I have seen is that when a couple separates or gets a divorce ... sadly what happens is the relationship between the grandparent and the grandchild diminishes," he said.

"If you can imagine, a grandparent is no longer allowed to see their grandchild. It's just a horrible thing."

Craitor said he has seen a virtually endless parade of frustrated grandparents who want nothing more than to provide love and guidance to children who, in some cases, don't have a stable influence in the home.

"I could spend 30 hours telling you all the stories that I've heard and you'd probably shed a lot of tears when you hear from grandparents who've been denied access to their grandchildren," he said.

The issue is personal, admitted Craitor, who never knew his birth parents and was raised by Children's and Family Services until an elderly couple adopted him.

"They're my parents, but I tell you this because they were not young, and when I think of them they were more like grandparents, and I can't imagine where I would have been in my life (without) those two very special elderly people," he said.

"I wouldn't be standing here today as a member of provincial parliament. In my own way, I have felt what effect a grandparent can have on a child."

The legislation is quite simple, said Craitor.

"It amends the Children's Law Reform Act to allow the formation or the continuation of a personal relationship between a grandparent and a grandchild or grandchildren," he said.

"The bill would give directions to the courts, just direction, because it would have the word grandparent in the law where it doesn't exist right now."

During second reading debate on Craitor's fifth private member's bill on grandparents' rights – he got Progressive Conservatives and New Democrats to co-sponsor the legislation – he chastised his Liberal government for blocking his previous attempts.

"I'm frustrated it hasn't gone through, and I don't want to be critical of my own government, but come on guys, wake up," he urged his fellow Liberals.

"I saw all too often that the rights of grandparents sort of get lost in the shuffle when considering what the best interests of the child were," said Elliott.

"Really they were not recognized in any significant way."

New Democrat Cheri DiNovo, the other co-sponsor, spoke passionately about the crucial role her grandmother played in her life, mitigating the impact of the sometimes violent fights between her parents.

The bill will help children just as much as their grandparents, she said.

"It's about the rights of children to have access to their grandparents and to the entire family history, to their culture and sometimes their language," she said.

"I think traditionally we've given the answer that it's whatever is in the best interests of the child, but grandparents do have a special relationship in most cases with grandchildren, and I'm certainly prepared to take a look at this one in a very serious fashion," Gerretsen said in an interview.

"I think this may be a move in the right direction, but we've got to make sure that we do not in any way shape or form take away a judge's ability to ultimately determine what's in the best interests of a child."

Craitor's bill on grandparents' rights received second-reading approval last Thursday and will now go to a legislative committee, which will hold public hearings before the bill is called for third and final reading.

Ontario will forge ahead with tolls despite local protest
April 17, 2013 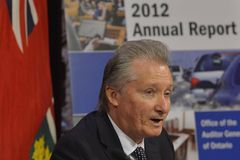 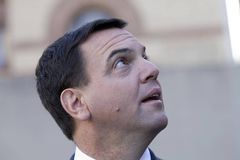