McDonald's Canada says it does not buy eggs that are produced from two Alberta farms featured in a gruesome documentary showing chickens subject to what an animal rights group is calling "egregious animal cruelty."

However, the fast food giant has confirmed in an email to The Canadian Press that it does buy eggs from a company headquartered in Ontario that does business with the two farms featured in the CTV W5 documentary aired last week.

That company, Burnbrae Farms, confirmed in a statement Monday it has purchased eggs from the Alberta farms, but never sold those eggs to McDonald's.

"Although Burnbrae Farms has purchased eggs from KuKu Farms, none of these eggs have ever entered the McDonald's Canadian supply chain," said company president Margaret Hudson.

"Burnbrae Farms does not sell product of any kind to McDonald's Canada which is sourced from Alberta."

The hidden-camera footage is filmed by Mercy For Animals Canada. It shows hens crowded in battery cages and chicks being violently smashed against hard surfaces by workers and then thrown into garbage bags at what the organization says is KuKu Farms and Creekside Grove Farms.

The video, which was shown at a news conference on Monday, also shows dead hens rotting in the cages, and chicks being covered in feces.

A written statement Monday from Burnbrae Farms said the company does not tolerate animal abuse, and that it has "suspended the purchase of eggs from the farms depicted in the video pending full investigation."

"Burnbrae Farms is committed to treating all of our hens in a safe and humane manner and we expect all of our suppliers to do the same," the statement said.

Photos on the Mercy For Animals Canada website indicate eggs in trays with packing labels that show they come from KuKu Farms and are destined for Burnbrae Farms.

Mercy For Animals Canada said its video footage was taken by an undercover investigator who was hired as a farm worker by KuKu Farms and Creekside Grove Farms for 10 weeks in May.

"(The hens) are so crammed inside those cages they can't spread their wings, they can't walk, they can't turn around, they can't engage in any of their natural behaviour," said Stephane Perrais, director of operations with Mercy For Animals Canada.

"They spend one year of their miserable life in there, basically producing eggs and after that time period, they're considered spent by the industry because their productivity is declined, and then they're slaughtered."

Amin Valji, general manage of KuKu Farms and Creekside Grove Farms, said in an emailed statement that he and his family care for their hens, and that they were "deeply upset" by some of the images in the video footage.

"Immediately after learning about the video, we had inspections of the farm conducted by our regulating organizations and a poultry veterinarian," he said.

"Additional staff training with the help of a poultry veterinarian has been conducted for all our employees and all staff members have signed a code of conduct based on their training. Any departure from that code of conduct will be cause for immediate disciplinary action. We will continue to evaluate and monitor, and take any further action necessary to ensure our flocks are receiving the highest level of care."

Perrais said the provocative video does not address the quality of the eggs or food safety. His organization is calling for McDonald's to specifically ban its egg suppliers from using hens that are confined in battery cages, which are barely bigger than the hens and prevent them from freely moving about.

Twyla Francois, director of investigations with Mercy For Animals Canada, said she believes McDonald's Canada has the power to affect change in the egg industry.

"We found that industry just can't be trusted to police itself," she said. "They only change when one of their large customers, like McDonald's Canada, requires it."

A statement said McDonald's does not condone animal abuse by its suppliers.

"We care about the humane treatment of animals and believe they should be free from cruelty, abuse and neglect," said spokeswoman Karin Campbell in the written statement emailed to The Canadian Press.

"Abuse is never tolerated in our supply chain and McDonald's has strict policies in place concerning the treatment of animals that our suppliers must adhere to at all times."

This issue could have implications for a marketing campaign launched by the fast food giant last year in an attempt to be more transparent about its food quality, said Kenneth Wong, a Queens University marketing professor.

The "Our food. Your questions" online campaign involves a Q and A that touches on everything from where McDonald's gets it meat and eggs to why their food looks different in the advertising than what is offered in stores.

"We can all see down the supply chain now, and sellers have to be conscious that they have responsibility for those goods wherever they come from," said Wong.

Egg Farmers of Canada, a non-profit organization that inspects egg producers across the country, said it has watched the W5 segment, and that what was aired was a departure from normal practices.

"What we did see, and what I was exposed to on W5, was certainly very alarming and disappointing to me as an egg producer," said chairman Peter Clarke in a phone interview.

"I can tell you categorically that that activity that was shown in that video in regards to such things as how birds were being handled, how chicks were being disposed of. . . is something that does not go on in egg farms across this country."

Egg Farmers of Canada is investigating Mercy For Animal Canada's video to make sure it is authentic, Clarke said, and it has also launched an investigation of the two Alberta farms. 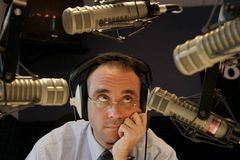 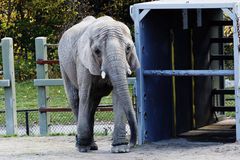