Half of Ontario's Grade 6 students failed to meet provincial standards in math this year, according to standardized test scores that showed no improvement over the previous year and have prompted calls to overhaul the curriculum.

Education Minister Mitzie Hunter acknowledged the problem on Wednesday and said in a statement that "there's still more work to do, especially when it comes to math overall."

But she said the curriculum compares favourably with those of other provinces, even as one outspoken professor said the failure across Canada to change the direction of math education will affect the economy, where knowledge in the subject matter is a requirement for many professions.

Quiz: Are you smarter than a 6th grader?

Results released on Wednesday from Ontario's Education Quality and Accountability Office (EQAO) showed that, for the second year in a row, the proportion of Grade 6 students who met provincial standards in math stood at 50 per cent in the 2016-17 academic year. That was down from 57 per cent four years ago.

The EQAO data also show that students are having a difficult time with math problems as they move through school. An increasing percentage of students who met provincial standards in Grade 3 failed to do so in Grade 6. The EQAO said the finding was of "particular significance" because students who do not meet provincial standards early in their schooling are much more likely to have difficulties into high school.

Math has become a divisive issue across the country as test scores drop in every province except Quebec. Some parents and educators have called on ministries of education to improve teacher training and return to a back-to-basics approach to the subject, one that emphasizes repetition and drills over creative strategies to solve problems.

Anna Stokke, a professor in the department of math and statistics at the University of Winnipeg, said that if students haven't memorized the times tables by Grade 4, for example, they will struggle with topics that rely on basic arithmetic. "Math is very cumulative in nature, and that's why it's important to get it right when students are young," she said.

Prof. Stokke is among a group of parents and educators who have been sounding the alarm on math curriculums for five years now. She said studies have shown that early achievement in math is a strong predictor of later academic success. She said she's not surprised to see Ontario's math scores stagnate or tumble because the focus has been on discovery-based learning as opposed to mastering basic math skills before moving on to more complex equations.

"Parents have been noticing these issues in math for many years as they've helplessly watched their children struggle," she said. "Ensuring that children are performing well in math is important for the future success of the Canadian economy, since math knowledge is required in many professions – the sciences, engineering, business, technology, to name a few."

But Andrew Campbell, a Grade 5 teacher in Brantford, Ont., said the curriculum is not the issue. There is a "mismatch," he said, between the test and how children are learning in the classroom. The curriculum emphasizes group problem solving and expressing ideas in a variety of ways.

"To me, the test needs to change. It needs to be open and more reflective of the kinds of ways students are learning and getting to express their understanding," he said.

Ontario's government has targeted declining scores by mandating that elementary-school students receive at least 60 minutes of math instruction daily. The $60-million plan, which was rolled out in the past academic year, added as many as three math-specialist teachers to every school. It also provided math training to all staff and additional supports for parents at schools where standardized results were particularly poor.

But struggles with math have forced families to turn elsewhere and have led to a proliferation of after-school programs. Michael Arnold, who runs a private math-tutoring company in Toronto, said about 30 per cent of his clients are families with children in elementary school. When he left the insurance business to start the company five years ago, he only tutored high-school students, many of whom struggled with basic arithmetic.

The EQAO data also show that the number of students meeting standards in reading held steady or climbed in the 2016-17 academic year. Much of the focus in schools over the past few years has been on improving literacy. But writing results showed a small decline year over year for both Grade 3 and Grade 6 students. 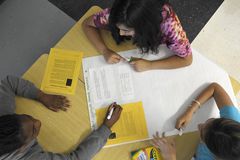 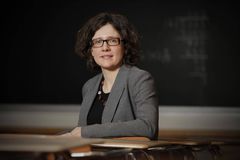 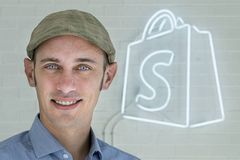 Curriculum changes aim to help high-school students with financial literacy
April 11, 2017
Follow Caroline Alphonso on Twitter @calphonso
Report an error Editorial code of conduct
Due to technical reasons, we have temporarily removed commenting from our articles. We hope to have this fixed soon. Thank you for your patience. If you are looking to give feedback on our new site, please send it along to feedback@globeandmail.com. If you want to write a letter to the editor, please forward to letters@globeandmail.com.
Comments