Among Canadian teens who report using tobacco, more than half are opting for products infused with such flavours as bubble-gum, cherry or watermelon, a study has found.

The University of Waterloo study, published Thursday in the U.S. Centers for Disease Control journal Preventing Chronic Disease, is based on the 2010-2011 Youth Smoking Survey of Grade 9-12 students from across Canada.

Researchers also found that among students who reported smoking cigarettes in the 30 days prior to the survey, 32 per cent chose to puff on menthol-flavoured brands.

Lead author Leia Minaker, a postdoctoral fellow at the university's Propel Centre for Population Health Impact, said the tobacco industry promotes cigarettes, cigarillos and smokeless tobacco with a variety of flavours and glitzy packaging to attract young people to the addictive products.

Minaker said the danger of flavoured tobacco is that making it tastier makes it seem less like tobacco, so young people are more likely to take up the habit.

"If people are going to use tobacco, then it should taste like tobacco," she said from Waterloo, Ont. "It should be harsh smoke that they're inhaling and should not be hidden in the flavours that are being added to the products."

When Minaker picked up a package of grape-flavoured cigarillos to illustrate a talk she was giving on flavoured tobacco, she asked her five-year-old daughter to smell the product. "And she said: 'Oh, that's delicious!'

"When you look at it, feel it, smell it, there is no question that these will be marketed to youth. They're very appealing to kids.

"If tobacco use is really appealing for kids, then more kids will start to use tobacco. And tobacco is incredibly addictive and it will make it harder and harder for people to quit and to remain tobacco-free for life."

Several jurisdictions, including Ontario, Alberta and Manitoba, have penned legislation that would strengthen the prohibition against flavoured tobacco products, which Minaker called an important step in the goal of preventing young Canadians from getting hooked on nicotine.

A separate Waterloo University study, recently published in the journal Cancer Causes and Control, found that young people who smoked menthol cigarettes were almost three times more likely to say they would continue the habit and also would puff more per day, compared to kids who smoked non-menthol brands.

Les Hagen, executive director of Alberta-based Action on Smoking & Health, said the findings from both studies have "huge implications for Canadian governments that are pursuing bans on flavoured tobacco."

"To date, almost every proposed or approved law to ban flavoured tobacco has exempted menthol cigarettes under the mistaken belief that youth are not using these products in large numbers," he said Thursday by email from Edmonton. "This study confirms that menthol cigarettes are a starter product for youth."

The study also found that among young people who chewed or snuffed smokeless tobacco, 70 per cent favoured flavoured brands; Quebec teens were the highest consumers of flavoured tobacco, while their Ontario peers were the lowest; and higher numbers of black and Latin American youth opted for flavoured products compared to other ethnicities.

Legislation needs to close the loopholes and ban menthol as well as fruit-flavoured tobacco, Minaker stressed.

"To make a deadly product more appealing for kids to start using needs to be stopped. Full stop." 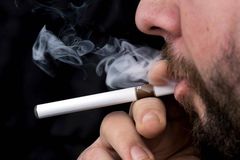 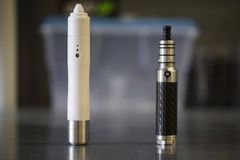