The province's police watchdog says two Hamilton police officers were justified in fatally shooting a man who ducked through his backyard fence to charge at them with a shovel.

It says the officer tried to speak with Mesic but that he moved away, and both the initial officer and a second one who arrived on the scene temporarily lost sight of him.

The SIU says the officers next heard banging sounds coming from the back of a townhouse they later learned was Mesic's own, and found him inside the property's fence trying to pry open a sliding door with a garden shovel.

It says Mesic then squeezed through a hole in the fence and rushed towards the officers wielding the garden shovel like a baseball bat, causing them to open fire when he was within swinging distance.

The SIU is an arm's length agency that investigates reports involving police where there has been death, serious injury or allegations of sexual assault.

The police watchdog said Wednesday the two male officers did not know that earlier that morning Mesic had walked in front of a bus in an apparent suicide attempt, or that he darted in front of a vehicle on the parkway, sending it swerving out of the way.

The SIU said the officers yelled at Mesic to drop the shovel and not cross through the fence, and that one of them considered holstering his drawn firearm and using pepper spray but scratched that plan once Mesic was on their side of the fence and heading towards them.

Director Ian Scott said the officers could not back away because they were in rough terrain with low-lying bush.

"The officers were confronted by an aggressive individual holding a shovel in a baseball stance who was not responding to multiple commands to drop the weapon and was continuing to advance towards them," Scott said in a release.

"Both officers held their fire until Mr. Mesic was within striking distance of one of the officers. It was only when there appeared to be no reasonable alternative that both officers discharged their firearms."

Hamilton police Chief Glenn De Caire said an internal investigation has been launched into Mesic's death as required by the Police Services Act.

"The Hamilton Police Service is committed to answer any and all questions related to our involvement for the family, the community and for our members," De Caire said in a statement that cited the force's training initiatives on suicide intervention and others tailored to handling individuals with mental health issues.

Mesic was a patient at St. Joseph's hospital, where he was voluntarily receiving treatment for anxiety, according to a website tribute to him.

It says Mesic left the hospital and was heading home when the altercation with police occurred.

The hospital launched a quality of care review into Mesic's handling, but a spokeswoman could not confirm the outcome of that investigation on Wednesday night.

Police interactions with public should be on video, outgoing SIU head says
October 1, 2013 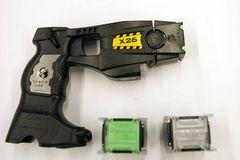 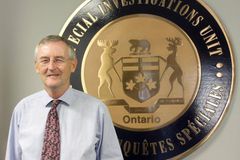 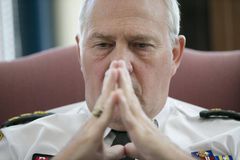 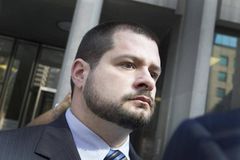 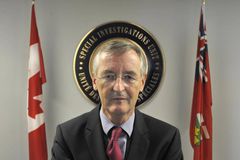