He came aboard in Bangkok with no idea where the ship was headed (the rumour was Australia) and was seasick for most of the journey. Only when he saw the red helicopters hovering overhead off Vancouver Island was MV Ocean Lady's final destination clear.

"All I knew about Canada," he now says, laughing, "was that it was a country, and that my uncle lived there."

That was five years ago. And yet, even as he proudly conducts a tour of his new bungalow and celebrates his hard-won permanent-resident status, he does not want to divulge his true identity.

He fears for the safety of his mother and other family members back in Sri Lanka. Before fleeing, "I was getting harassed every day by the army," he recalls.

As a child, he had seen his father go off to sell bananas one day and never returned. His mother was terrified the same would happen to him.

As a result, he is now both a homeowner and a sous chef in downtown Toronto – at a French restaurant where he started out as a dishwasher.

He also may be, if the federal government has its way, one of the last "boat people" ever to reach Canada's shores. Since the arrival of the 76 Tamils on the Ocean Lady (just five months after Sri Lankan forces had brutally ended a 26-year civil war that had claimed up to 100,000 lives) and another 492 the following August, Ottawa has made drastic changes to its immigration-and-refugee policy.

Despite its humanitarian tradition, the government had been moving toward a view of migration that takes other concerns into consideration. Experts say the appearance of almost 600 asylum seekers from a war-torn nation crystallized its thinking.

The treatment of Ocean Lady passengers was in stark contrast with the past. When 150 Sri Lankan Tamils came ashore in Newfoundland in 1986, "the instinctive response of the community … was how to feed them, where to house them," says Chris Anderson, a political scientist at Wilfrid Laurier University.

"Prime Minister Brian Mulroney at the time had given them the welcome afforded to asylum seekers as a signal of Canada's humanitarian tradition."

In 2009, however, the future French chef was imprisoned and interrogated for three months. He was released when his uncle posted bail, and allowed to move to Toronto – now the city with the largest Sri Lankan Tamil population outside Sri Lanka itself.

Prof. Anderson says that, even though many more would-be refugees turn up at Canadian airports, the arrival of boats has, for some reason, come to strike a disproportionate amount of fear.

"There's often a very stark visual of these decrepit vessels – they are not cruise liners, right?" he explains. "And so often the arrival is a very dramatic thing." The Newfoundland arrivals were in lifeboats and, he says, "literally washed up on shore."

Over the years, the perceived nature of the drama also has changed. By the time the Ocean Lady arrived, it was seen through the post 9/11 lens – "a heightened sense that this is now a security threat," Prof. Anderson says.

So, not only have many Canadians come to consider helping people in need "a question of national security," he explains, the refugees themselves are increasingly suspected of being what the government calls "bogus."

This week, it was revealed that migrants have become so suspect here that the Canada Border Services Agency (CBSA), now equipped with greater powers to detain them, has looked closely at using federal penitentiaries to house them – despite the risk of exposure to violent offenders.

The government's model in all this has been Australia, says Jennifer Hyndman, director of the Centre for Refugee Studies at York University in Toronto.

After taking in boats bearing thousands of people, the Australians tightened their borders, and now make it nearly impossible to seek asylum by water. Their "Pacific solution" has them stopping boats and diverting them to islands with detention centres.

Canada followed suit in 2012 with Bill C-31, which made detention mandatory for "irregular" arrivals. As well, it has taken steps to stop potential asylum seekers from even setting sail. The Globe reported in 2010 that Ward Elcock, former head of the Canadian Security and Intelligence Service, has been sent to Southeast Asia as a special envoy to prevent migrant smuggling.

Any "irregulars" who get this far now wait longer to receive permanent-resident status or to have their cases reviewed if their applications are denied, says Toronto immigration lawyer Micheal Crane. As well, health benefits for newcomers are being restricted, and work permits being delayed, "making it difficult for people to get off the dole," he explains. "That's basically a shame. It's inescapable that the government is doing that to discourage what it views as bogus refugee claimants."

However, Mr. Crane has represented almost two dozen people who arrived on either the Ocean Lady or MV Sun Sea, the boat that came a year later, and says the government seems overly keen to process those cases.

Not only must they be prepared more rapidly, he says, there is (unlike other cases) always a representative of the border service or immigration minister in court. "They also have a lot of disclosure … they want to provide information that, if you were on the Sun Sea or Ocean Lady, you have no extra risk" if sent home.

Typically, the paperwork is at most two inches thick, Mr. Crane adds. But for the boat people, "they have maybe three or four phone books' worth for every single case."

So Canada is prepared to send back as many as half the claimants even though, despite what it argues in court, it seems to recognize the danger they may face.

Ottawa has been so critical of Sri Lanka's human-rights record that last November the Prime Minister even boycotted a meeting of Commonwealth heads of government being held in Colombo, the capital.

"Canada is deeply concerned about the situation in Sri Lanka," Stephen Harper noted in a statement. "The absence of accountability for the serious violations of human rights and international humanitarian standards during and after the civil war is unacceptable."

But many who applauded the boycott – including the Tamil diaspora in Canada – remain confused by the government's heavy-handed approach to asylum seekers. Now that tourists are flocking back, it is natural to assume that Sri Lanka no longer produces refugees, but life is precarious for many. Journalists are harassed, stories of sexual violence and land seizures are commonplace, and people vanish – something for which a UN agency that tracks disappearances ranks Sri Lanka second only to Iraq.

Also, despite the official denials, there is evidence that people who return are abused. Monitoring agencies have documented cases that involve beatings, people having their heads held underwater, and sexual attacks.

Back in Toronto, the sous chef looks to a happier future.

He studied ESL for a year until being allowed to work, which he now does 12 hours a day, six days a week. After renovating his home, with some help from his cousin, he now lives in the basement and rents the main floor to a Tamil family.

"The next step is to get married," he says. "I am not sure how that will happen – it's between my mother in Sri Lanka and my uncle in Toronto."

But whatever the outcome, he adds, "I am thankful to be here."

Aparita Bhandari is a freelance reporter in Toronto; and Amarnath Amarasingam a postdoctoral fellow at Dalhousie University's Resilience Research Centre, and the author of Pain, Pride and Politics: Sri Lankan Tamil Activism in Canada (University of Georgia Press, 2015). 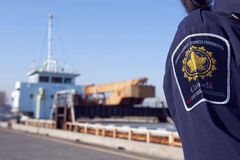 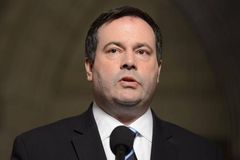 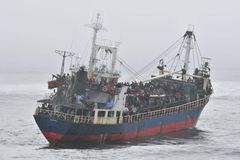 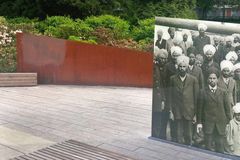