The power of human rights tribunals to regulate hate speech is at stake in a Supreme Court of Canada ruling expected on Wednesday in the case of a man fined for distributing pamphlets warning that "the homosexuals want to share their filth and propaganda with Saskatchewan's children."

In the most significant free-speech case the court has considered in recent memory – it attracted submissions from civil liberties groups, gay-rights activists and religious groups – the Supreme Court was asked to reverse a key decision from 1990 that defined hate speech and upheld the powers of provincial human rights tribunals to sanction it.

The ruling will come as Canadian courts and society at large wrestle with the new reality of an Internet awash in hate propaganda for those who go looking for it, and amid controversies over complaints to human-rights tribunals that critics call a chill on free speech.

The case concerns pamphlets distributed by Bill Whatcott of Weyburn, Sask., an anti-abortion and anti-gay-rights activist and self-styled preacher who says he turned to Christianity after an early life of drugs, crime and homosexuality.

In 2001 and 2002, pamphlets he delivered in cities and towns in Saskatchewan that vehemently opposed teaching about homosexuality in schools, and decried a gay magazine for running personal ads from men apparently seeking "boys," sparked complaints to the province's human rights commission. Among other things, Mr. Whatcott's pamphlets warned that the province's schools would soon be "celebrating buggery" and that children would face "disease, death, abuse."

"I just think it is dead wrong for the state, or homosexual activists or human rights tribunals to suppress information that is true," Mr. Whatcott said in a phone interview on Tuesday.

The Saskatchewan tribunal ordered him to pay $17,500 to the people who complained, and banned him from distributing similar pamphlets, a decision initially upheld by a court. But Saskatchewan's Court of Appeal overturned that, saying Mr. Whatcott's pamphlets did not expose gay people to hatred as defined in previous rulings on the province's hate-speech law. Saskatchewan's Human Rights Commission took that ruling to the Supreme Court, arguing that it was not trying to restrict Mr. Whatcott's right to express his views, only his right to express them hatefully.

Mr. Whatcott, who has also faced legal battles over his anti-abortion and anti-gay protests, says the 11-year fight over hate speech cost him his job as a nurse, and he now drives a fuel truck for a living. But he vowed to continue distributing his pamphlets – as he did in Ottawa on the eve of his Supreme Court hearing in 2011 – whatever the result on Wednesday.

His case, but not his opinions, received support before the court from the Canadian Civil Liberties Association, which called for the Supreme Court to strike down its key ruling from 1990 on hate speech. In that case, the court upheld a Canadian Human Rights Tribunal ruling against John Ross Taylor, a Toronto man who operated a "White Power" telephone hotline, and legally defined hate as "strong and deep-felt emotions of detestation, calumny and vilification."

Tossing out this 1990 ruling would likely nullify the hate-speech provisions in human rights legislation in Saskatchewan, Alberta, British Columbia and the North West Territories that allow tribunals to hear complaints about hate speech, as well as the corresponding federal human rights legislation, said lawyer Andrew Lokan of the CCLA. (Other provinces have narrower legislation: Ontario's human rights tribunal has more limited powers to sanction signs or notices that signal an intent to discriminate.)

Mr. Lokan added that a reversal on this case could also call into question the Criminal Code provisions on more severe hate speech that incites violence – provisions the CCLA also opposes.

"We completely repudiate the content of the speech of people like Mr. Whatcott," Mr. Lokan said in an interview. "But we think he's best left to rot in well-deserved obscurity in terms of his opinions, rather than having the state go after him, with all of the chilling-effect problems that creates."

Observers say the court – which has been deliberating since the hearing in October, 2011 – is deeply divided. Chief Justice Beverley McLachlin was in the dissenting minority opposing the 1990 Taylor hate-speech decision, many point out.

University of Toronto law professor David Schneiderman said the Chief Justice "has a real libertarian streak in her," but he suggested that a full reversal of a previous Supreme Court ruling, while not unheard of, was still unlikely.

When does free speech trump minority protections?
May 3, 2018 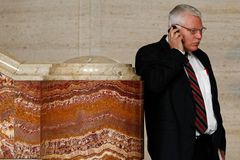 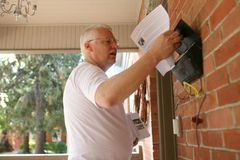 Craigslist crusader after Internet haters
May 11, 2018 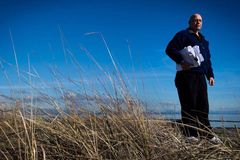 The hyperlink case: freedom vs. the floodgates
May 3, 2018 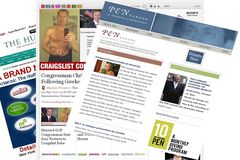 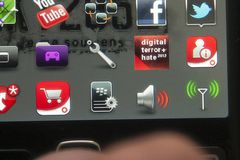