Had he known he was ushering in a global phenomenon, perhaps Neil Papworth of Montreal would have made his first words more momentous.

The bespectacled Mr. Papworth was a 22-year-old engineer on the job one December day when he was assigned to do something novel: Send a text message. And so Mr. Papworth, then an employee at a software company in England, typed out the words that would launch a trillion thumbs.

As far as inaugural messages go, it doesn't rank with "What has God wrought," which Samuel Morse composed for his first telegraph. Even Alexander Graham Bell's "Mr. Watson, come here" had more gravitas.

Still, Mr. Papworth's deed 20 years ago this month brought about an unheralded revolution of its own. In the two decades since, text messaging – or SMS, for short message service – has brought down U.S. legislators, spawned political intrigue, and been used to set up trysts and to vote for TV contestants. Texts helped organize the protests of the Arab Spring and connect rebels in Syria; one photograph shows a Syrian insurgent holding a machine gun in one hand, a cellphone with his thumb poised over it in the other.

And for better or worse, texting has also spawned its own language. Its adherents fervently believe texting is gr8 4 U.

Yet to the man present at its birth, the moment lacked the drama of a new digital dawn. On Dec. 3, 1992, Mr. Papworth was seated before a computer terminal in a machinery room for the Sema company in Newbury, west of London, about to test a new messaging system for the Vodafone network.

Vodafone was having a Christmas party in a separate building, and Mr. Papworth, surrounded by colleagues, got down to work. He typed out the 14-character yuletide greeting to a company official at the party and hit "send."

"I was a little bit nervous. I just wanted everything to work," Mr. Papworth recalled. Word came back from the Christmas party: The text had landed.

Mr. Papworth, who moved to Montreal 10 years ago, said no one realized its potential right away.

"Back then, it was just intended to be used like an executive pager, to get a hold of people on the road," he said. "No one knew it would evolve into such a monster."

It would take another year before phone-to-phone texting began, and since then, texting has exploded. Canadians send 268 million text messages every day; they sent 23 billion in the first quarter of 2012. To Mr. Papworth, who texted news of the birth of his three children to friends and family abroad, its wonder is that all it requires is a cellphone.

"The thing that makes text messaging different is that the whole world does it," he said in his office at Tekelec, a Montreal telecom firm in a restored industrial building near the city's Lachine Canal. "It's ubiquitous. Consider how many mobile phones there are in the world – there are billions – and you can send a text to anyone, and reach anyone."

The younger you are, the more likely you are to text; the latest figures show 94 per cent of Canadian mobile subscribers aged 18 to 24 send text messages, according to the digital analytics company ComScore Inc.

"Texting has transformed youth," says Richard Smith, director of the Centre for Digital Media in Vancouver. It is true in nations worldwide, he said. "It changed what it is to be a young person, under the thumb of your parents. Young people can be in constant touch with a whole range of people, unbeknownst to their parents – they're texting under the table, behind their parents' back, in their bedrooms. We might think that youth have always been crazy, but in fact, they're much crazier, and text messaging is an enabler of that."

Text messaging is used as a political and fundraising tool; relief agencies collected funds through text donations after the Haiti earthquake and the Japan tsunami. Texting has empowered activists and grassroots movements and helped mobilize street protests around the globe. In Montreal, students used text messages to assemble masses of people during the street demonstrations that dominated the city for months this year.

"A lot of the time, protests weren't organized much ahead of time, so we had to relay information via texts," said Jérémie Bédard-Wien, spokesman for one of the major student associations. "You could often organize an impromptu gathering in a matter of hours, and anywhere from a few hundred to a thousand people would show up."

Yet for all its power, or maybe because of it, text messaging also has unintended consequences. U.S. congressmen have resigned for sending sexually explicit texts to under-aged pages. British Prime Minister David Cameron was in hot water for embarrassing text messages sent to former newspaper executive Rebekah Brooks, a central figure in Britain's telephone-hacking scandal. (Equally embarrassing, Mr. Cameron sometimes signed his text messages "LOL" believing it meant "lots of love;" in fact, it is common text shorthand for "laugh out loud.")

Some see texting as responsible for a decline in civilities and people's ability to hold face-to-face conversations. People text in meetings, on dates, at dinner. In one study of 269 U.S. college students, 91 per cent said they texted during class.

Sherry Turkle, a psychologist and professor at MIT, says mobile devices have become so powerful they are changing "not only what we do, but also who we are." People are both with one another and elsewhere at the same time, she wrote this year in The New York Times.

"I spend the summers at a cottage on Cape Cod, and for decades I walked the same dunes that Thoreau once walked," she said. "Not too long ago, people walked with their heads up, looking at the water, the sky, the sand and at one another, talking. Now they often walk with their heads down, typing."

The mobile-device bubble is not without personal risks. Quebec entertainer and Radio-Canada television host Michel Barrette decided to speak out about the dangers of walking and texting this week after his son was struck by a car while crossing Sherbrooke Street in Montreal on Monday. The 20-year-old was texting and wearing earphones.

"These things put us in a bubble, and it can take a truck to pull us out of that bubble," a shaken Mr. Barrette said in an interview. His son, who struck the car windshield and flew over the vehicle before landing on the street, was in hospital for 24 hours but escaped serious injury. "I want to shine a light on this and wake people up," Mr. Barrette said. "It's the same with texting and driving. It used to be when you saw someone zig-zagging on the road ahead of you, you knew they had been drinking. Now they're texting."

The hazards are unlikely to dent the explosive popularity of texting any time soon. It is so common partly because it is democratic: sending a text is cheaper than making a phone call in many parts of the world. Someone can text a family member in an African village or Syrian outpost as easily as in downtown Montreal or Calgary.

"It opens the door to everyone," said Mark Goldberg, an Ontario-based consultant and co-founder of the Canadian Telecom Summit. "The plain mobile devices that sell for $25-$30 can send text messaging just like a $700 smart phone."

The self-effacing Mr. Papworth, meanwhile, minimizes his role in getting the mega-phenomenon off the ground. He has been described as an accidental Neil Armstrong; even if he sent one small text for a man, and took one giant communications leap for humankind, he still would not tamper with his initial Christmas message. In fact, it may have been better than the alternative.

"If you leave it up to an engineer to decide what kind of message to send," he said, "you're probably going to get 'Test, test, test.' "

Have your say: How do we connect face-to-face in the age of Facebook and Amazon?
November 26, 2012 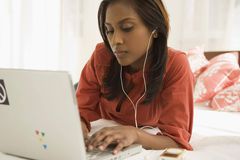 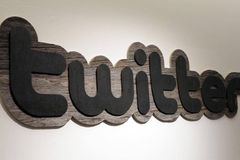 Doctors urged to ditch pagers in favour of smartphones
September 9, 2012 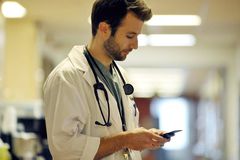