Health Canada is imposing new labelling rules aimed at reducing the risk of liver damage caused by taking too much acetaminophen, best known as the drug in Tylenol.

But the federal drug regulator decided not to lower the recommended maximum daily dose of the popular painkiller or put extra-strength versions behind the pharmacy counter, despite growing concerns about accidental acetaminophen overdoses.

"It's a good start," Michael Rieder, a professor of pediatrics at the University of Western Ontario in London, said of the new warnings. "Did they go far enough? No."

Opinion: Your kid's fever medicine may not work or, worse, may make them sick

Health Canada began considering the changes two years ago after a safety review found acetaminophen, considered one of the safest pain relievers available if taken properly, leads to more than 250 serious liver injuries and 4,000 hospitalizations for overdoses in Canada every year.

One in five of those overdoses was unintentional – often because patients were unaware they were exceeding the recommended limits by taking more than one medication containing acetaminophen.

The drug is found in more than 475 medications authorized for sale in Canada, most available over the counter.

NyQuil, Robitussin, Sudafed and Vicks are just a few of the other familiar acetaminophen-containing brands that line drug-store shelves.

Over the past two years, an expert group inside Health Canada floated eight possible strategies to mitigate the risks of acetaminophen, including lowering the recommended daily maximum to 2.6 grams per day from the current four grams. That would mean patients could take only five Extra Strength Tylenol pills a day, down from eight now.

The group also suggested reducing the amount of acetaminophen allowed in a single tablet to 325 milligrams from 500 milligrams, a move that would have effectively banned over-the-counter Extra Strength Tylenol.

Health Canada then consulted doctors, patients and drug makers on the potential changes during technical meetings in July of 2014, November of 2015 and May of this year.

In announcing its decision Thursday, Health Canada said doctors and patient groups urged the regulator to keep the current dosing regime, for fear stricter limits could deny chronic-pain sufferers – such as arthritis patients – the relief they need, forcing them to take more dangerous medications instead.

"We had heard very strongly, especially from the patient groups, that there were concerns limiting the maximum daily dose or the dosing that would be available without a prescription could impede access to necessary medications for patients that could safely use them," said Dr. Supriya Sharma, a senior medical adviser in the health products and food branch at Health Canada.

The United States Food and Drug Administration has also beefed up labelling rules for acetaminophen in recent years. As with Health Canada, it still recommends a maximum daily dose of four grams every 24 hours.

"Teaspoons and tablespoons are archaic measures. Making sure there is a calibrated device that parents can use is a really good idea. It's something we've been asking for for years," said Dr. Rieder, who also chairs the drug therapy committee for the Canadian Paediatric Society.

Constantine Karvellas, a critical care physician at the University of Alberta Hospital who researches acute liver failure, said he was "disappointed" Health Canada did not do more, including reducing the number of acetaminophen pills available in a package and "de-bundling" combination prescription drugs such as Percocet, which many users do not realize contains both oxycodone and acetaminophen. 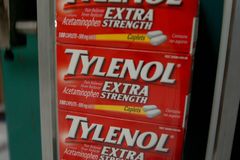 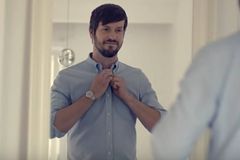 new
Among veterans, opioid prescription requests down in step with rise in medical pot
June 6, 2016