Health Canada is struggling to process a mountain of applications for licences to grow medical marijuana as the country experiences a "greenrush" of firms wanting to grab a piece of the coming boom.

The department had received 858 applications as of late last month, and new ones were coming in the door at an average of 25 a week.

Health Canada radically changed the rules for medical marijuana on April 1, moving approved production from a cottage industry of thousands of loosely regulated growers to a commercially competitive sector, with an anticipated 50 larger companies shipping high-quality weed in dozens of strains.

Prices are being set by the free market, and Health Canada is imposing no limit on the number of sanctioned indoor weed farms, as long as they can pass regulatory muster.

Officials began accepting applications for grow licences a year ago, but the initial trickle of forms has turned into a torrent.

In September, Health Canada was sorting through 156 applications — but the number tripled by February this year and then doubled in just the next three months.

So far, only 13 licenced suppliers have made it to the finish line, listed on the department's website as authorized marijuana sources for patients who have their doctor's approval to use cannabis for pain and other symptoms.

Meanwhile, business newcomers say they're frustrated by the inability of Health Canada to process their applications in a timely way, as their leased grow-space gathers dust and their investors become impatient.

"They're really an unfortunate bureaucracy under siege," says Umar Syed, president of Toronto-based CannMart Inc., which has been patiently waiting for a distribution licence since October.

"They're dealing with a situation they weren't prepared for. ... there's something really out of whack."

Syed, with a background as a clinical pharmacist, has had previous positive dealings with Health Canada. But he says the underfunded agency is suddenly struggling with a "tsunami" of applications, leaving his company and others in limbo.

"We're all dressed up and nowhere to go."

Syed's comments echo those of other applicants, who declined to go on the record for fear of jeopardizing their chance at a licence.

The new regime has also been hit with two curve balls: a British Columbia court injunction in March that allows medical users accredited under the old system to continue to use home-grown pot for now; and two recent recalls of medical marijuana from licenced companies producing under the new system, for reasons of quality.

A spokeswoman for Health Canada did not respond directly to questions about the department's ability to handle the massive influx of licence applications.

That still leaves 289 applications stacked in the department's inbox for review, which is time-consuming.

"The review process includes a file review followed by site inspections. The licensing process is rigorous, considering the quality standards required and the risk of diversion of cannabis to the illicit market."

A spokesman for Health Canada later said the department will not fast-track approvals at the expense of security.

"Health Canada's priority in every review is ensuring that strict new security requirements are met, and is fully prepared to process all applications," Stephane Shank said Sunday.

"The department will continue with the rigorous licensing process and will not rush applications and risk compromising safety of our communities."

The potential market is huge. Health Canada estimates medical marijuana sales will hit $1.3 billion annually by 2024, with some 450,000 registered users.

Under the old rules, more than 30,000 patients were authorized to possess medical marijuana. An estimated 500,000 Canadians currently use cannabis for medical purposes — acquired from all sources, official and illicit — based on survey projections from 2012.

Lauer says 5,120 patients have signed on with licenced producers under the new system, and there is sufficient supply to meet anticipated demand.

Even so, Health Canada has stockpiled some 500 kilograms of dried marijuana from its original supplier, Prairie Plant Systems, and has imported another 100 kilograms from The Netherlands. The department has also held discussions with Israel about possible imports.

About 60 strains of commercial marijuana are currently on offer from sanctioned suppliers, most priced at between $8 and $12 a gram. Medical users typically consume between one and three grams daily. 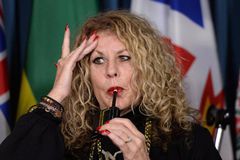 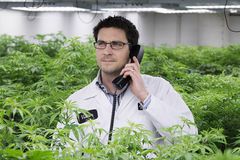 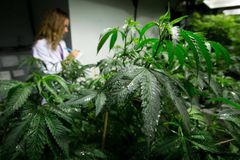