Federal Health Minister Jane Philpott said Sunday she is "determined to find ways to make it very clear that we expect the law to be upheld" and she finds it "disturbing" to see how Canadian physicians are double-dipping – by billing the public system, while also charging patients directly for medical services.

The minister is responding to a Globe and Mail investigation that found significant, unlawful extra billing by doctors through private clinics, where patients increasingly pay out of pocket for access to everything from medical appointments to surgery. She said federal officials will now put more pressure on the provinces, particularly B.C., where extra billing is most prevalent, to investigate doctor and clinic billings further.

"We don't directly have the ability to audit and report. We rely on [the provinces] to report accurately any evidence they uncover. I had conversations with my previous counterpart in B.C. … and we have discussed ways to update that," said the minister. Ottawa relies on the provinces to report how much extra billing is going on, but the provinces have a vested interest in playing that down, because they can then be fined for those violations.

The Globe's probe also revealed data collected on 71 mostly doctor-owned surgical and diagnostic clinics across Canada. A survey by the Ontario Health Coalition found those clinics selling patients quicker access to treatments that are supposed to be covered by provincial health insurance.

When pressed to spell out exactly what she will do about all of that now, Dr. Philpott wouldn't give specifics, except to say more will be done behind the scenes.

"Obviously, the work that [The Globe has] done is some evidence and there are other tools we can use to determine what extra billing is going on."

B.C. Health Minister Terry Lake said his government is also committed to upholding the Canada Health Act – and is paying a stiff price in legal fees.

Mr. Lake, who did not seek re-election in the May 9 B.C. election, expects to be replaced as Health Minister shortly.

"We recognize there is a problem," he said in an interview Sunday. "Our audits have resulted in private clinics suing us, we are trying to crack down and enforce the law, which forbids this kind of double-billing; this is what happens, they take us to court."

He said he assured his federal counterpart several months ago that B.C. is pursuing the issue vigorously, both in court and by bringing in more auditors.

In the meantime, surgeons are pointing to a serious shortage of operating-room (OR) time – particularly in B.C. hospitals – citing it as a key reason why some patients are left with no choice but to pay for surgery at private clinics, in order to get timely treatment.

The doctors say the shortages are so acute that some fully trained specialists who want to work in Canada are unable to get any operating-room time whatsoever, because of rationing of staff and other resources to control costs.

"The silence around the problem is what really bothers me the most. It's kept quiet," said Arman Abdalkhani, a U.S.-trained ear, nose and throat specialist who said he has been trying to get operating time to treat his patients in the Vancouver area for the past two years.

For now, he said he must send his patients who need surgery to other doctors who do have OR time, which delays the treatments even more.

"There are kids that have chronic fluid behind their eardrums and drainage would bring their hearing back – and some of those kids were waiting four months or six months," he said.

Dr. Abdalkhani said there are far more surgeon applicants than openings at the hospitals, despite the hundreds of patients who are suffering on waiting lists.

"The province doesn't really want people to know their ORs aren't functioning. The public should know that – and realize maybe we are in trouble here and there are not enough resources going into surgery," he said.

The Doctors of BC, which represents the province's physicians, and the Royal College of Physicians and Surgeons, a national doctors' organization, have also flagged operating-room shortages as a significant problem.

Employment surveys done by the Royal College concluded that 208 fully trained specialists – 16 per cent of those surveyed – were "unable to secure employment," nationwide. The college cited "more physicians, competing for fewer resources" as the No. 1 cause.

Doctors of BC told The Globe that "surgeons are required to share the ORs … [and] there aren't enough ORs" and "equally across the board there is more demand than there is opportunity."

It is a key reason the Cambie Surgery Centre is suing the province, claiming the laws against extra billing in private clinics are unconstitutional. Several affidavits by doctors who support the case spell out how they believe the dearth of OR time is hurting patients.

"This is the fundamental issue – as a result of rationing issues, approximately half of the patients that require surgical consultation for a spine issue are not seen … or are placed on extremely lengthy wait lists, upwards of a year," orthopedic surgeon Marcel Dvorak said.

"Making someone wait an extended period of time for the treatment of spinal degenerative conditions, that can prevent an individual from walking, is completely unacceptable."

Neurosurgeon Ramesh Sahjpaul said in his 2012 affidavit that patients wait 12-18 months to see him and another year for their surgery.

"My patients experience physical, emotional and psychological suffering," he said. "Many … are required to take painkillers to cope with the pain … prolonged use of narcotics leads to psychological and physical dependence."

Orthopedic surgeon Alastair Younger said "some patients have lost their jobs while waiting for care," and "I would be capable of performing two to three times as many surgeries … if the appropriate resources were available."

Another indicator of the squeeze on public hospital OR time is the fact that B.C. health authorities are increasingly hiring the private clinics, on contract, to treat patients needing minor surgeries.

Fraser Health, the province's biggest region, contracted out 2,724 surgeries – 3.1 per cent of its caseload – to five private clinics last year. It wouldn't reveal how much that cost, saying the contracts are confidential. Northern Health farmed out 1,389 surgeries in 2016/17 to one private clinic, which is 4.6 per cent of its total, for $1.3-million.

Vancouver Coastal Health has ongoing contracts with two private clinics that it says "has assisted VCH to keep wait times for these procedures within reasonable limits."

A little more than half of the 61,417 surgeries done in B.C.'s private clinics last year were publicly funded. Doctors of BC suggests many more surgeries could be contracted out that way, if the rules were changed to allow private clinics to keep patients more than one night.

The Globe investigation found patients who pay out of pocket for surgery at private clinics are charged significantly more than what health authorities pay clinics for those same services – which means patients who are extra billed, illegally, subsidize patients whose surgeries are being covered.

The Island Health Authority added it costs 16 per cent less to hire a private clinic than to run day surgeries in its hospitals.

Dr. Abdalkhani echoed many other doctors, who said it's high time the government either legalize private billing at clinics, so patients can buy insurance to cover that, or finance stand-alone clinics adequately, to meet the demand for publicly funded treatment.

"Do something. Liberate the market – to take care of the problem – or provide the resources to address the problem, but there is a problem."

Dr. Philpott said she doesn't buy the doctors' argument and she believes legalizing private-pay clinics will do more harm than good.

"There are ORs that can be made available. There is evidence in the system that not all tests and treatments that are done are necessary. We can root out over-testing and over-treatment and, through innovation, make the system much more effective in managing wait times."

The departing B.C. Health Minister, Mr. Lake, acknowledged there is "quite a bit of rigidity" in the system, which clashes with the increasing pressure as B.C.'s aging population creates greater demand for surgeries. "There will always be some rationing, that's the way the system always has worked. Is it getting more challenging? Probably, because the baby boomers are increasing the demands for things like hips, knees, cataracts."

NDP Leader John Horgan, whose party formed a partnership with the Greens and may form government later this month, did not respond to a request for comment.

Before the recent election, the B.C. Liberals did announce $25-million "in new funding," which it said would "increase surgical capacity in the next year" in hospitals, citing "unprecedented demand and increasing wait times." It's unclear whether that money is still available, however, given the political uncertainty over which party will run the government. 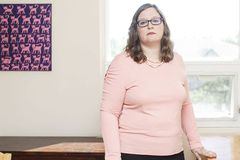 Open Pharma campaign puts pressure on drug industry to reveal payments to doctors
June 9, 2017
Canadian opioid overdose data provide only a partial picture of death toll
June 6, 2017
Follow Kathy Tomlinson and Justine Hunter on Twitter @KathyTGlobe @justine_hunter
Report an error Editorial code of conduct
Due to technical reasons, we have temporarily removed commenting from our articles. We hope to have this fixed soon. Thank you for your patience. If you are looking to give feedback on our new site, please send it along to feedback@globeandmail.com. If you want to write a letter to the editor, please forward to letters@globeandmail.com.
Comments