The euthanasia debate has jumped onto the political agenda, with the country's health ministers calling for discussion on allowing physicians to help patients end their lives. Even the federal government, which has steadfastly refused to change the Criminal Code to allow assisted suicide nationally, is ready to join the conversation.

The sudden eagerness to talk about what had once been a taboo topic marks a U-turn for politicians, who have previously avoided the subject even as the public has vigorously debated it and polls have indicated majority support for doctor-assisted death. The burgeoning discussion parallels the country's steady demographic shift, as the population ages and baby boomers enter old age.

It was sparked in part by a proposed Quebec law that would allow physicians to help patients die under certain circumstances – a measure that, if it stands, could open the door to provinces taking action on euthanasia without Ottawa's help. The debate was also prompted by a video plea from Donald Low, a high-ranking Ontario medical official, who called for the legalization of euthanasia shortly before he died of cancer last month.

"Dr. Low would be tickled pink if he could see what was happening, because this is the conversation he wanted to spark," Ontario Health Minister Deb Matthews said Thursday, after discussing the subject at a meeting of provincial health ministers at a Toronto hotel. "That video was first released, I think, 10 days ago and to have us talking about it, to have others talking about it, is a remarkable change in a short period of time."

The justice system has also tackled the matter. British Columbia's Supreme Court last year struck down the Criminal Code provision against euthanasia, a decision that is currently under appeal.

Ottawa is showing new interest as well. Health Minister Rona Ambrose reaffirmed her government's position – that it is not planning to revise the Criminal Code – but said she would be willing to discuss assisted suicide with provincial health ministers when she meets them Friday.

"I will take part in the conversation. I think it's an important conversation to have," she said Thursday. "Of course, all of us have these conversations around the kitchen table."

Assisted suicide has been hotly contested outside of the political realm for years. Advocates argue people in pain or with terminal illnesses should be allowed to have a doctor help them die, while those opposed, including activists for disabled people, contend that legalizing the practice would put the lives of those with disabilities at risk.

The politicians got involved in Quebec last spring when they tabled the bill. To get around federal law, Quebec argues having physicians hasten death is a medical matter. Its plan sets criteria for the practice: Those who wish to die must be in unbearable pain and need the approval of two doctors. If the proposal passes into law, Quebec would instruct its Crown attorneys not to lay charges in such cases.

Quebec Health Minister Réjean Hébert gave a presentation to his counterparts Thursday. They were particularly interested in the way his province is framing the issue, he said.

"I noted a lot of interest on the part of my fellow health ministers in the way Quebec has approached this situation by including it in the range of end-of-life-care," he said. "[We] put the emphasis on medical assistance in dying rather than in access for assisted suicide."

Mr. Hébert's law has provided a framework on how physician-assisted deaths could work and could set a precedent allowing provinces to go it alone without the federal government.

"The most interesting thing for me from the conversation was to actually hear how Quebec had gone about addressing this issue and putting it in very specific medical terms and developing some criteria," Alberta Health Minister Fred Horne said. "I'm not sure the extent to which this involves federal-provincial relations. As we've seen in the case of Quebec, they've taken some steps independently."

Those conversations have finally permeated the political sphere. "There are many standing here that are torn on this matter and believe that this is a conversation whose time has come," Manitoba Health Minister Theresa Oswald said. "What I know is that there's so much more to be explored about advanced-care planning and about making decisions about the most compassionate final journey, whatever that may be." 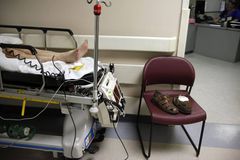 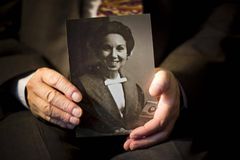 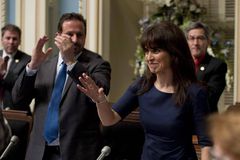 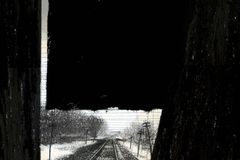 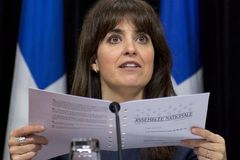 Facts & Arguments
How my father made me believe in assisted suicide
July 31, 2013 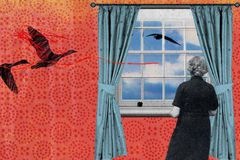 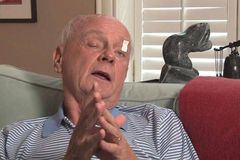