The debate about climate change and its impact on polar bears has intensified with the release of a survey that shows the bear population in a key part of northern Canada is far larger than many scientists thought, and might be growing.

The number of bears along the western shore of Hudson Bay, believed to be among the most threatened bear subpopulations, stands at 1,013 and could be even higher, according to the results of an aerial survey released Wednesday by the Government of Nunavut. That's 66 per cent higher than estimates by other researchers who forecasted the numbers would fall to as low as 610 because of warming temperatures that melt ice faster and ruin bears' ability to hunt. The Hudson Bay region, which straddles Nunavut and Manitoba, is critical because it's considered a bellwether for how polar bears are doing elsewhere in the Arctic.

The study shows that "the bear population is not in crisis as people believed," said Drikus Gissing, Nunavut's director of wildlife management. "There is no doom and gloom."

Mr. Gissing added that the government isn't dismissing concerns about climate change, but he said Nunavut wants to base bear-management practices on current information "and not predictions about what might happen."

The study's conclusions drew concern from Andrew Derocher, a professor of biological sciences at the University of Alberta who has been studying polar-bear populations for years. Prof. Derocher said the 1,013 figure is derived from a range of 717 bears to 1,430. "It's premature to draw many conclusions," he said, adding that there were no comparative figures and the upper end of the range, 1,430, was highly unlikely.

Prof. Derocher also said some details in the survey pointed to a bear population in trouble. For example, the survey identified 50 cubs, which are usually less than 10 months old, and 22 yearlings, roughly 22 months old. That's nearly one-third the number required for a healthy population, he said. "This is a clear indication that this population is not sustaining itself in any way, shape, or form."

The debate over the polar-bear population has been raging for years, frequently pitting scientists against Inuit. In 2004, Environment Canada researchers concluded that the numbers in the region had dropped by 22 per cent since 1984, to 935. They also estimated that by 2011, the population would decrease to about 610. That sparked worldwide concern about the future of the bears and prompted the Canadian and American governments to introduce legislation to protect them.

But many Inuit communities said the researchers were wrong. They said the bear population was increasing and they cited reports from hunters who kept seeing more bears. Mr. Gissing said that encouraged the government to conduct the recent study, which involved 8,000 kilometres of aerial surveying last August along the coast and offshore islands.

Mr. Gissing said he hopes the results lead to more research and a better understanding of polar bears. He said the media in southern Canada has led people to believe polar bears are endangered. "They are not." He added that there are about 15,000 polar bears across Canada's Arctic. "That's likely the highest [population level]there has ever been."

There's much at stake in the debate. Population figures are used to calculate quotas for hunting, a lucrative industry for many northern communities. Hunting polar bears is highly regulated but Inuit communities can sell their quota to sport hunters, who must hunt with Inuit guides. A polar-bear hunting trip can cost up to $50,000. Demand for polar-bear fur is also soaring in places like China and Russia and prices for some pelts have doubled in the past couple of years, reaching as high as $15,000.

The Nunavut hunting quota in the western Hudson Bay area fell to 8 from 56 after the 2004 report from Environment Canada. The Nunavut government increased it slightly last year but faced a storm of protest. Over all, about 450 polar bears are killed annually across Nunavut. Mr. Gissing said a new quota is expected to be announced in June.

There are about 25,000 polar bears in the north circumpolar region, of which about 15,000 are in the Canadian High Arctic. Incorrect information appeared on April 5 and 10 in original print editions and earlier online versions. 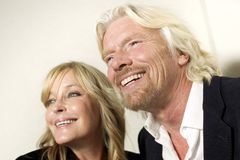 In Igloolik, you smell the walruses before you see them
March 21, 2012 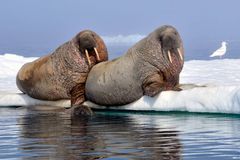 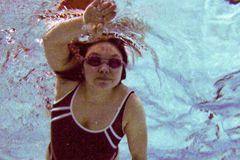