Residents will begin returning Saturday to homes in High River, ground zero for the devastation of Alberta flooding, though for some whose neighbourhoods remain submerged the wait could be as many as five weeks, provincial officials said after taking control of the town from its overwhelmed mayor.

Much of High River is still covered in water, and residents have grown frustrated – barred from homes, itching to help and clamouring for information. Some had heckled Mayor Emile Blokland over his handling of the crisis, while others cried foul that the RCMP seized hundreds of guns from homes inside the evacuated community. The police said it was just to keep them out of the wrong hands and pledged to return them.

On Friday, Alberta stepped in to run High River after Mr. Blokland threw in the towel and called for help. This was a bigger job than a town of 13,000 can handle on its own, he said. Sinkholes, electrical problems and uncleared water make parts of the town dangerous. The province has pledged $50-million to start rebuilding in High River.

"There are powers the province has, and resources and expertise the province can marshal, that are far beyond what our council can do," Mr. Blokland said. "And we will need all that support to get our town back on its feet."

For some residents, though, it's eight days too late. They fear their homes have gone mouldy and they have little or no information to work with. Some say they'd have been better off rebuilding on their own.

"I think there was enough people in this town and the surrounding area, and equipment, that we could have cleaned this up. Why were we not allowed to do that?" said High River resident Floyd Langenhoff, 58. "Why were we treated like this is a war zone?"

While some fight to get back in the face of a mandatory evacuation order, others have given up altogether. For Gordon and Byrladene Marshall, this is the third flood. On Friday, they had scheduled a viewing at a home in nearby Nanton.

"Three times is enough to get flooded," said Mr. Marshall, 84. He and his wife, 80, had to be rescued from their front stoop with a front-end loader as water roared in. "I don't think anyone other than God himself could have done anything about it," Mr. Marshall said.

High River was the hardest-hit community in an Alberta flood disaster that swamped numerous towns as well as the city of Calgary last week and that promises cleanup and rebuilding costs in the billions of dollars.

Hours after taking over from the mayor as head of operations in the town, Rick Fraser, associate minister of regional recovery and reconstruction for High River, laid out a plan to get people back into their homes. First on Saturday will be residents of the northwest quadrant, an area of about 1,000 homes that sustained the least amount of damage. In an eerie throwback to what happened in the Lower Ninth Ward of New Orleans after the deadly flood that followed Hurricane Katrina, other residents will be able to tour their neighbourhoods by bus.

Phases of the province's re-entry plan include making sure areas are safe, repopulating the town in stages and ending the state of emergency, said Mr. Fraser, who pleaded with residents for their patience.

Some whose houses are badly damaged or likely to be condemned will be offered temporary housing, he said.

"I guess I've come to call High River the epicentre of the challenge we have. The community has received the most significant damage. There were communities that had just as much house damage, but frankly there was no other community that had such extensive infrastructure damage," he said. "When this was completed, there was no water, there was no sewer, there was no electricity, there was no gas, there was nothing. And it made it very difficult to even start the recovery process."

People from High River described harrowing escapes as the water quickly engulfed the town. Jo Merritt, 31, fled with her husband and children, a three-year-old and a newborn.

"I could hear what sounded like a waterfall, and there was water cascading down the [nearby grocery store] parking lot. It was in our driveway within a minute," she said.

She grabbed the kids and left. Her husband tried to save things in the home and needed to be rescued by boat. "We have nothing," Ms. Merritt said. 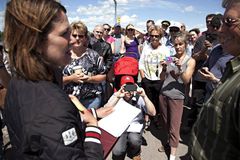 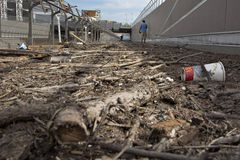 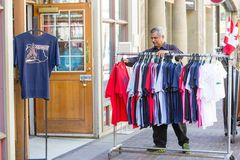 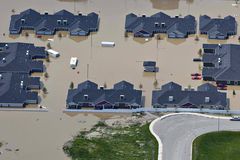 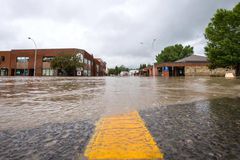 Follow Jeffrey Jones and Josh Wingrove on Twitter @the_Jeff_Jones @josh_wingrove
Report an error Editorial code of conduct
Due to technical reasons, we have temporarily removed commenting from our articles. We hope to have this fixed soon. Thank you for your patience. If you are looking to give feedback on our new site, please send it along to feedback@globeandmail.com. If you want to write a letter to the editor, please forward to letters@globeandmail.com.
Comments