Diagnoses of an affliction once met with only stoicism and stigma within Canada's national police force have skyrocketed as commanders encourage officers to seek treatment for post traumatic stress disorder.

More than 1,700 Mounties have been diagnosed with PTSD, with nearly 300 officers joining the ranks last year alone.

Within police circles, the RCMP's new-found determination to tackle the disorder has quietly raised questions for policy makers at all levels of government. What can be done to better shield police from trauma? How should panels assess claims for taxpayer-funded compensation? And if police PTSD is truly pervasive, why are other police forces apparently doing relatively little about it?

The Mounties are unique among police forces in that their disability claims are processed by Veterans Affairs Canada, the federal bureaucracy responsible for war-wounded soldiers. Military PTSD claims swelled a decade ago with growing awareness within the federal bureaucracy of the problem. Now that same infrastructure is being applied to Mounties.

Only a few dozen Mounties a year used to claim such benefits. Hundreds do now. Statistics provided by Veterans Affairs to The Globe show that at total of 1,239 Mounties were receiving PTSD pensions two years ago, 1,437 a year ago, and 1,711 by earlier this year.

"I think you'd be hard pressed to find any police officer out there who hasn't got a certain element of it," said Corporal Laurie White, a B.C. Mountie who has been diagnosed with PTSD.

Corporal White had to have one of her legs amputated in 1998 after a crime suspect in the tiny community of Kitimat, B.C., hid behind a door and shot her.

While Veterans Affairs was quick to treat the physical injuries, her PTSD wasn't diagnosed until five years later – when a therapist first mentioned a treatment program. "I went on the computer and starting looking at all the different signs and symptoms and I thought, "Oh my God it all makes sense,'" she recalled in an interview.

She said that the disorder is gradually losing its stigma among police officers. "People are scared to come forward and admit that they have it because they are so scared of the repercussions career-wise," she said. She remains angered by the skeptics who see the disorder as a weakness or character flaw. "I would give every dollar I [have]ever gotten from Veterans Affairs back if I got my leg back and not have to deal with PTSD issues."

Awareness is much greater now. Corporal White, who still battles depression and sleeping disorders, is among several Mounties who give speeches to fellow police officers about tackling PTSD.

Clinical psychologists who diagnose the disorder generally describe it as a lingering mental fallout in response to a shocking event or a series of shocks. The symptoms run the gamut from anxiety to suicidal thoughts.

The RCMP, which consists of 19,000 uniformed officers, is hardly the only Canadian police force afflicted by PTSD – it is just the most transparent about it. Representatives of both the Toronto Police and the Ontario Provincial Police told The Globe they have mechanisms to deal with the issue, but they could not provide details or statistics.

Ontario Ombudsman André Marin announced an investigation into the OPP's handling of the disorder earlier this year after his office received complaints from more than 30 police officers that the force is failing to address it.

Car crashes, brawls and shootings are a day at the office for many police – few professions are as routinely exposed to violence and death. Experts suggest the Mounties may be even more exposed, given that officers are frequently sent into dysfunctional communities in Canada's far north and into foreign war zones and disaster areas.

A 2007 report commissioned by the federal government found that because the force was facing "impossible demands," commanders should look at health and welfare issues. Under Commissioner William Elliott, awareness campaigns have drawn more attention to the issues.

Mounties who claim PTSD benefits must be diagnosed by psychologists. Veterans Affairs validates diagnoses, sets up treatment plans and determines appropriate compensation. Statistics show that an even number of serving and retired Mounties receive PTSD disability pensions. "There is no time limit" for members to apply, said Janice Summerby, a spokeswoman for Veterans Affairs.

Receiving the benefit doesn't prevent serving Mounties from working; the pension is compensation for past suffering, not a replacement for lost wages. Officers are assessed on a universal scale – the more severe the case, the more significant the compensation. While the general range is $120 to $2,500 each month tax free, Mounties' disability claims skew toward the low end of the scale. 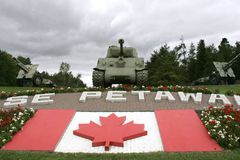