Montreal's blue-collar workers, known over the years for their questionable productivity and strong-arm labour tactics, have shifted into a new role as shovel-wielding allies in the city's fight against corruption.

In an attempt to bypass unscrupulous construction firms involved in fixing bids and gouging taxpayers, officials in Montreal are turning to the city's own, often-maligned municipal employees to do sidewalk repairs.

Two city boroughs have announced they will experiment with in-house workers this summer, and Mayor Michael Applebaum says the city wants to negotiate a similar deal, as long as the municipal workers stay competitive with the private sector.

The moves underscore the ongoing quandary for Montreal decision-makers – how to stop the city from falling apart while trying to keep repairs out of the hands of corrupt firms.

In one central-north borough, the lowest bid for sidewalk repairs two years ago came in at 44 per cent over projected costs; last year, it was 28 per cent. Both were from contractors named before the Charbonneau corruption inquiry.

"We couldn't sanction collusion and corruption," said the borough's mayor, Anie Samson, who decided to road test Montreal's public employees this summer instead. "To award the contracts would have been to close our eyes and encourage the system."

In another borough, officials decided to try out city employees after noticing fluctuations in private bids as high as 30 per cent above regular prices. "What we heard at the Charbonneau commission is revolting," said the borough's mayor, Lionel Perez. "We want to signal to the construction industry that Montreal is not going to tolerate being gouged."

Having blue-collar workers ride to the rescue of Montreal's crumbling infrastructure could help rehabilitate a group of civic employees who have never enjoyed a place in Montrealers' hearts. During their most militant years in the 1990s and 2000s, union tactics included using a battering ram at city hall's doors to protest against a salary freeze and spreading pig manure outside an elected official's home; two workers were once convicted of kidnapping a foreman. Workers have occasionally been photographed sleeping inside their trucks, and an internal memo in 2006 revealed that it took 10 city workers 90 hours to repair nine potholes.

But the blue-collar union signed a contract with Montreal last fall that not only bought five years of labour peace but may have marked a historic shift in stormy relations with the city.

Still, economists caution that les cols bleus should not be seen as municipal saviours. A report published last year by the Montreal Economic Institute, a think tank, found that Montreal city employees worked the equivalent of 25 fewer days a year than those in large private-sector firms. Taking their benefits into account, their remuneration was 19 per cent higher.

"There's a risk of trading one problem for another," said the institute's Youri Chassin, an economist. Cutting out corrupt firms makes sense, but in the long term public workers will have to prove they can compete with the private sector, he said. "Turning to the public sector is not a magic solution." 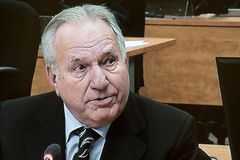 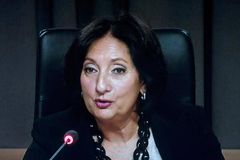 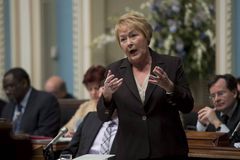 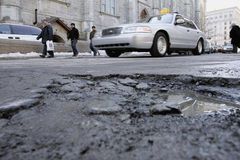 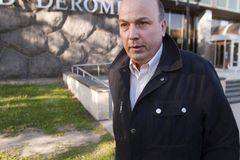