New Brunswick's Kouchibouguac National Park is proposing to charge visitors $4.25 for a day of soft-shell clam fishing. Newfoundland and Labrador's Gros Morne National Park hopes to charge swimmers $2.50, with packages of lessons costing up $247.50. Ontario's Fort George National Historic Site wants to host outings for companies that would range in price from $35.50 to a whopping $15,815.

At Canada's national historic sites, proposals for visitor experiences include the opportunity to fire weapons and play soldier.

In an effort to boost visitor numbers and revenue streams, cash-strapped Parks Canada is offering a number of new initiatives just in time for its huge summer season, while Ottawa considers a slew of other money-making ventures. Already 800 Canadians have offered their input during the public-consultation period, which is now closed. Most of the proposals are new user fees – only 30 per cent of services are covered by these fees – but parks and sites in the system have also pitched a wide range of user experiences.

The cuts have meant job losses – so far, there have been 617 anticipated or actual departures among workers, including scientists, engineers, technicians, mechanics, carpenters and program managers, according to the Public Service Alliance of Canada – as well has reduced hours for seasonal workers, with a number of historic sites now self-guided. Over the winter, there were protests urging the return of services, such as maintenance of cross-country ski trails that were shuttered.

In an attempt to share or unload costs, Ottawa has already opened the door to privatization. It approved a controversial glass-floored elevated walkway in Jasper National Park, unsuccessfully tried to contract out operations at the Highlands Links Golf Course in Nova Scotia's Cape Breton Highlands National Park, and is still considering accepting bids to run the hot springs in the Rocky Mountain parks.

Ottawa is hoping to reach out to a new generation of park lovers among urbanites who have lost touch with the wilderness or those who hail from immigrant communities not familiar with Canada's great outdoors.

Here are some ways Parks is hoping to turn things around.

Until this year, visitors couldn't really buy Parks Canada merchandise. Ottawa hopes that everything from toques to T-shirts to water bottles emblazoned with the iconic beaver-on-a-log logo will stir enthusiasm, and in turn, attract visitors.

The official product line is available online (parkscanadashop.ca, with items prices from $2.95 to $95) and at most national parks and historic sites, after a successful pilot project with a few items in a few places was trotted out last year.

"We want to raise awareness of Parks Canada and the places and programs that we're responsible for, and to inspire people to visit," says Halifax-based Greg Danchuk, Parks Canada's brand manager.

The question he most often gets when people see the earth-toned, mostly made-in-Canada items, which will also be available adorned with the name of each local site: "How come this hasn't been here before?"

"There's not a lot of this that's been done in government agencies," he explains.

But Parks wanted to respond to visitor comments requesting authentic items, not just goods available in tacky tourist shops. Mr. Danchuk says Parks can't even "ballpark" the amount of cash it hopes the merchandise will bring in, but Ottawa aims to turn a profit – in more ways than one.

"We want it to be a positive revenue flow," Mr. Danchuk says. "But its primary role is to raise that awareness and hopefully generate increased visitation, which turns into operating revenue at the locations."

Experience war: What did you do in the park, Daddy?

National historic sites could soon be a boon for history buffs looking for hands-on wartime experiences. Ottawa is considering charging visitors to watch new military displays, but also step back in time by sounding a horn or firing guns.

One proposal would allow guests aboard the Second World War battleship HMCS Haida, which is docked in Hamilton Harbour, to pull the horn or fire a four-inch turret forward gun ($500 each). The national historic site, so designated because of the ship's role in naval combat and also because it's the last Tribal-class destroyer in the world, already allows a private shooting lesson with the $1,000 purchase of a lifetime membership to Friends of HMCS Haida.

As part of an initiative to open sites nationwide to facility rentals for weddings, conferences and other events, Parks also envisions charging visitors to HMCS Haida for everything from trivia nights to boot camps ($38.50 to $2,500).

At Fort George, which served as the headquarters for the centre division of the British Army during the War of 1812 in what is now Niagara-on-the-Lake, Ont., visitors may be also be able to pay for a variety of similar military-themed activities. There could be the opportunity for artillery firing – $1,000 per cannon and $600 per mortar – but also performances ranging from fife and drum corps performances to war-era trials known as Bloody Assizes to "petticoats, boots and muskets" programming ($5 to $15,815).

Fort Malden in Amherstburg, Ont., which was the main military station for the defence of the western frontier in the late 1700s and early 1800s, is considering offering various military displays with soldiers ($75 to $250). Fort Wellington in Prescott, Ont., a former safe haven for British troops and Canadian militia during the War of 1812, could also offer a cannon-firing experience ($150). Across the country at Fort Rodd Hill, the 19th- and 20th-century coastal defence site located on Esquimalt Harbour near Victoria, visitors may one day be able to play soldier for a day ($150) or enjoy a campout in an army bell tent ($125).

Ottawa is launching some major expansions this year to help ease neophyte campers into the outdoors.

There's a program that teaches would-be campers everything from how to start a campfire to how to remain safe in bear country, as well as another to add more fancy tent-like accommodations for discerning vacationers who may be less keen on roughing it.

At one time, Parks offered its two-day learn-to-camp program at no charge in conjunction with some local immigration societies as a way to connect with new Canadians. But as the program is expanding, it's coming with a cost to cover gear, food and workshops ($88 per family of four, plus $22 for each additional member).

"Now it's shifted to a program with user fees to make it more sustainable, but also to broaden its appeal," says Omar McDadi, a spokesperson with Banff, Yoho and Kootenay national parks.

Parks Canada still hopes new Canadians will participate (and, in some places there may be partnerships intact for discounted rates), but it's also reaching out to anyone who has forgotten how to camp or never really got around to trying it.

For those feeling confident in the bush, Parks is also offering its oTENTik – a play on the word 'authentic' – which Ottawa describes as a "cross between a tent and a rustic cabin." Mostly, it's for those (up to six in each three-bed hut) who want to enjoy camping without the nuisance of hiking gear in, stamping down tent pegs and the general "muss and fuss" related to sleeping outdoors.

Units are already in Manitoba's Riding Mountain National Park and Quebec's La Mauricie National Park, but another 100 oTENTiks are being added in parks nationwide with costs varying from $100 in Quebec's Forillon to $150 in Alberta's Banff. 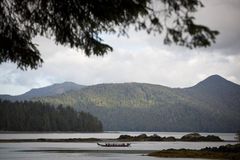 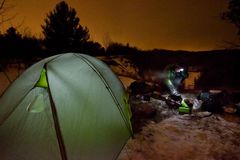 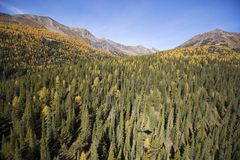