Nothing was sacred to Quebec's engineering firms as they pursued rigged contracts in the province's construction industry: not men of the cloth, and not even a hockey legend so beloved he is seen by many Quebeckers as a living saint.

People as esteemed as the archbishop of Montreal and Jean Béliveau were used as pawns by Quebec's engineering firms, which used their good names to woo local politicians into giving them business, Quebec's corruption inquiry has heard.

Long-time political bagman and engineering firm executive Gilles Cloutier testified Wednesday how in 2005 he set up Montreal Canadiens tickets and a meeting with Mr. Béliveau for Maurice Vaudrin, the mayor of Saint-Stanislas-de-Kostka, Que., and his grandson. Mr. Cloutier was working on winning a contract to plan a water purification plant for engineering firm, Roche, in Mr. Vaudrin's small town near Montreal.

Maurice Vaudrin, then-mayor of Saint-Stanislas-de-Kostka, Que., told Mr. Cloutier at a meeting that his grandson had never been to a Canadiens game and that he was a big fan. Mr. Cloutier was working on winning the planning contract for the town's water-purification plant for his firm, Roche Engineering Inc. He set up tickets and during the first intermission, Mr. Cloutier took Mr. Vaudrin and the youngster to the special lounge for former Canadiens players.

"I'd prepared Mr. Béliveau some days earlier. He gave them a nice box with a Béliveau jersey. The boy was crying. The grandfather was crying. It was quite something," Mr. Cloutier said. "I knew I had it, 100 per cent."

Mr. Béliveau, who says he knew Mr. Cloutier for 15 years but can't recall how they met, said he remembers the encounter with the young boy, but had no idea about the back story.

Up until a health scare last year, the 82-year-old regularly attended dozens of events each year to raise funds for charity. He still answers his own mail, often signing autographs for fans who ask.

The inquiry saw a video of a Roche event marking the start of the 2004 Expos baseball season, which was attended by several Canadiens legends, including Mr. Béliveau and Henri Richard, actor and comedian Yvon Deschamps, Cardinal Jean-Claude Turcotte, then-mayor of Montreal Gérald Tremblay, and other dignitaries and players in the construction business.

It was all part of drumming up business for engineering firms and raising money for politicians, Mr. Cloutier said.

Mr. Cloutier said Mr. Béliveau was not aware he was being enlisted to help skew the municipal tendering system when he met Mr. Vaudrin, who died in 2009.

Mr. Cloutier described how the Saint-Stanislas project required a subsidy from the provincial government. He says he called then-municipal-affairs-minister Jean-Marc Fournier to press him for the money. "Do what you can, Jean-Marc," he said he told the Liberal minister. A few months later, the subsidy was in hand.

In Quebec City, Mr. Fournier denied that Mr. Cloutier's request had anything to do with Saint-Stanislas obtaining the subsidy but he said he met Mr. Cloutier on at least three occasions – including once at a Canadiens game and also at another event to honour Mr. Béliveau.

"It's quite hard to learn that at the time when I was minister of municipal affairs and tried to help people, to help communities, I now find myself 10 years later of being found guilty by association. I am saddened by this and I find it regrettable," Mr. Fournier said. "I'm not part of any system."

Mr. Cloutier spent decades organizing and fundraising for elected officials who, in return, sent business to the engineering firms that kept Mr. Cloutier on the payroll. For the first time, the inquiry heard a specific allegation of wrongdoing targeting the former Parti Québécois government from the early 2000s.

Mr. Cloutier said a staff member of onetime PQ transport minister Guy Chevrette demanded a $100,000 bribe in 2001 in return for cancelling a plan to build a $31-million highway in the Laurentians north of Montreal, and handing the project to Mr. Cloutier's firm.

Mr. Cloutier said Mr. Chevrette took the project away from a consortium that was scamming the government and turned it over to him.

"I want to be clear, Mr. Chevrette took the contract away from one scammer and gave it to another. Chevrette, Cloutier, Roche, we were all in on a scam. We weren't any better than the other people," Mr. Cloutier said.

Mr. Chevrette could not be reached Wednesday, but he has long denied he was involved in any corruption on the project, which has always been controversial. Dubbed the "highway to nowhere," the road connects two small towns and sees only a handful of cars every hour.

With a report from from Rhéal Séguin in Quebec City 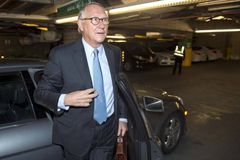 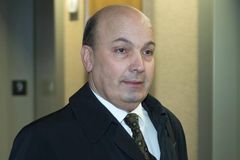