Once a year before winter starts, Rick Matharu's mother and grandmother perform a pungent annual ritual in the backyard of their Brampton home. Mr. Matharu retrieves a one-litre Mason jar from the fridge and encourages me to take a whiff of its lightly browned, oil-slicked contents: sweet, sauteed onions. Several pounds of them cooked down in this jar.

"Just like Italians do with tomato sauce, they'll do the same thing with onions," Mr. Matharu explains. "They'll take a whole day and stink up the neighbourhood."

Onions, garlic and ginger are the aromatic trinity of Punjabi cooking, I learn. I'm at Mr. Matharu's house to talk about the culture of food in Brampton (my home for a month) and just how far removed it is from the scene in Toronto's core.

I've taken temporary residence in Brampton because for years it's been at the centre of many demographic changes that are slowly taking hold in other parts of the country. Its growth, fuelled largely by immigration from South Asia, has impacted everything from health-care delivery to the culinary landscape.

Bramptonians don't have the same Yelping, Chowhounding and food blogging tendencies as Torontonians (in fact, I'm a little embarrassed when I pull out my phone to take pictures of the bake and shark I order at a Trinidadian restaurant in a Brampton strip mall). So Mr. Matharu, an amateur cook turned food blogger, is a rare specimen. He was born and raised in Brampton and learned to cook everything from aloo gobi to kadhi pakora from his mother – but he usually puts a fusion twist on his dishes.

Last year, he won the Food Network's Recipes to Riches show with an Italy-meets-India entrée: a butter chicken lasagna. On this night, in his kitchen at least, diplomatic relations between Lebanon and India are strengthened. He's making a Punjabi-style shawarma plate: basmati rice, tandoori-spiced chicken, garlic sauce spiked with fresh mint and basil, sliced onions topped with balsamic vinegar and a salad served with olives, banana peppers and pickled turnip. Dessert is mango milkshakes with cardamom. We pick up most of the essentials he doesn't already have at home – chicken thighs, fresh mint, yogurt, sour cream – at No Frills and then drive down the road to Subzi Mandi, an Indian grocer, for Thai chilies and three pounds of totapuri mangoes (an Indian variety I've never seen before).

Bernice Leung, the ethnic practice lead at Nielsen Canada (the consumer and media research group), tells me South Asians in Canada "tend to compartmentalize their everyday purchases into two or more stores – typically one ethnic store and one mainstream store." They buy far more fresh ingredients, such as vegetables, eggs and yogurt, than the general population, which suggests they cook at home way more than they eat out. It makes sense in Brampton, too, where many South Asian families live in multi-generational households and there are often two or three primary cooks on hand (Mr. Matharu, his wife Harjot and his mother, Manjeet, trade off duties in their household of six).

And it's not just Sunday cooking with leftovers to last the week in the Matharu household; they whip up impressive meals on weeknights too – albeit with some shortcuts.

Because Mr. Matharu can only marinate the chicken in a yogurt and spice blend for about an hour (instead of the ideal – overnight), when the chicken is nearly done cooking in the oven, he brings out a pair of kitchen scissors and starts snipping away at the larger chunks of meat, allowing the tangy, spicy sauce to seep into the cuts and add extra flavour.

As he prepares his garlic sauce in the blender, I ask Mr. Matharu for recommendations of places to eat in the city. He rattles off a long list of takeout joints – the best spots for fish pakoras (Indian Sweet Master), Caribbean fried chicken (Sunrise Caribbean) and Indian-style pizza, which is regular pizza topped with garlic, ginger, coriander, spices and green chilies. Pizza Depot and Popular Pizza were the joints that brought the trend to Brampton, he says, and it's been such a hit that one major pizza chain (which shall remain nameless) has hopped on the bandwagon. While they won't give you your coriander and chili-topped pie if you call their central ordering line, they will if you place your order in person at certain Brampton locations, he tells me.

When I asked him to point me to some of his city's upscale establishments, his brow furrows.

There's the one buffet place, he says, and another newer spot in a power centre known more for its Bollywood-themed decor than its food. Aside from a handful of Italian restaurants, there isn't much of a fine dining scene in Brampton.

"I don't think [an upscale Indian restaurant] would run as well if they were to open one – especially in this area – because everyone's competing with $2.99 chole bhature [at takeout restaurants]," he says.

Brampton is one of Canada's fastest-growing communities and, as home to one of the largest populations of ethnic and religious minorities, it's a microcosm of demographic trends across the country.

In the coming weeks, The Globe will examine those trends and give a picture of life in Brampton. This is the first in a series of personal takes from Dakshana Bascaramurty, who is spending the month in the city, leading into the launch of the Brampton project.

Look for the series in print and online in June, and follow the project on Facebook: facebook.com/bramptondiaries 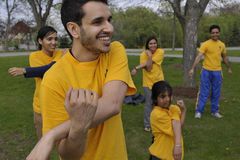 A leap for some faiths, but many Canadians are losing their religion
May 8, 2013
Five things to do in Toronto this week: meet the pandas, the Punjabi International Film Festival and more
May 17, 2013 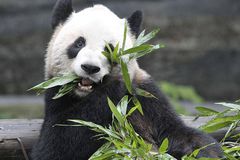 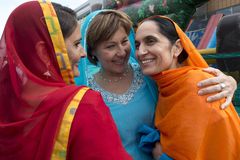