The evil man in Eriann Day's life disappeared after she moved into her new apartment.

He had a beard, carried a knife and had followed the 22-year-old Vancouver woman for months. She was homeless, but he would tap on the window of wherever she was staying. He wanted in.

"It is hard for me to understand it as a hallucination. No one else could see him, but for me, he is as real as the toes on my feet," said Ms. Day, a 22-year-old with schizophrenia, a serious psychiatric illness.

She hasn't felt threatened by him since the spring of 2011, when she became a participant in At Home, a large, federally funded research and demonstration project that has put about 950 homeless people with mental illness into apartments in Vancouver, Winnipeg, Toronto, Montreal and Moncton, and given them the support they need to build better lives for themselves.

The study's preliminary findings, to be released Friday by the Mental Health Commission of Canada, show the potential value of an approach known as "housing first."

The idea is that a safe and comfortable place to live is an essential first step to coping with mental illness, and that giving people the support they need in their communities will reduce the burden on shelters, hospitals and the criminal justice system.

The research project looked at how participants like Ms. Day fared compared with others in a control group, who were treated in the more conventional way – in systems that rely on shelters and temporary housing and require homeless people to meet a number of conditions, like getting treatment for addictions, before becoming eligible for help with an apartment.

The housing-first approach does not expect people to prove they are ready for a home of their own. It offers them choices of where they would like to live, usually apartments rented from private-sector landlords, and then helps them deal with their problems.

"The message is having a place of your own and having the support to stay there isn't a magic bullet. But, boy, it is a basic necessity at having a chance to turn your life around," says Paula Goering, a researcher at the University of Toronto and the Centre for Addiction and Mental Health who led the Mental Health Commission study.

The five-year, $110-million project – the largest study on the housing approach that has ever been done – is now wrapping up. The findings could reshape the way governments and social services agencies in Canada and around the world tackle the challenge of helping some of the most vulnerable citizens: Dr. Goering is helping researchers in France launch a similar study.

The Canadian research team found that in the first 12 months of the program, the participants spent an average of 73 per cent of their time in stable housing. That compares with only 30 per cent for the control group.

Many who were housed began to train to do volunteer work, found part-time or full-time jobs or reunited with family members, including their children. They also shifted away from extensive and sometimes inappropriate use of hospitals and had fewer police detentions.

But these are short-term benefits. It is difficult to know how much the housing-first approach could save in the long-term by keeping people with mental-health challenges off the streets, out of jail and out of hospital. Many of them suffer from other serious health problems as well as from a mental illness.

Dr. Goering said a crucial question at the outset was whether landlords would rent units to participants.

"It is a shift away from government providing all the housing to the market getting involved. It was one of the big questions about it. Would it work? Could you really get landlords who are willing to work with these support teams and give us enough units to house these individuals? That is one of the really remarkable stories.It did work, even in Vancouver, pre-Olympics, we found enough housing for our individuals."

Michael Arruda, one of the landlords, is a Montreal police officer who often deals with the homeless and the mentally ill. He also owns a small apartment building.

His was keen to rent one of his units to a participant in the research project.

"I do a lot of work trying to demystify mental illness," Mr. Arruda said. "I felt this was more than talking about the problem, it was doing something.

His tenant, Johnny Nowra, had a drinking problem.

He met with his other tenants and told them they could call him any time if there were problems. He also helped create a social network for the new arrival.

"He stopped drinking a year and a half ago and is off drugs. He is an amazing person. He comes to my family for Christmas and on outings with us.''

The project has also changed Ms. Day's life, and she said she now believes that a more peaceful and productive life is within her grasp.

The young woman had been sleeping on friends' couches or in transition houses, and the stress of not having a home was making her illness worse.

She moved into a one-bedroom apartment in Vancouver in April and her new psychiatrist prescribed a combination of medication that has made her symptoms more manageable. She has not been hospitalized since the move, and hasn't seen the man who haunted her. A support worker checks on her once a week, but she can call if she needs extra help.

She has started training so she can be a peer support worker and help others. She also sings with a semi-professional choir.

"It is hard to take control of anything without stable housing," she said.

All participants in the study, including the control group, had at least one mental illness.

were dependent on alcohol

of participants are currently single, divorced or widowed

are veterans with wartime service for Canada or an ally

did not complete high school

were unemployed at the start of the study

worked steadily in the past

were emotionally abused in childhood

have a learning problem or disability

have a history of head injuries involving unconsciousness

or more have a serious chronic respiratory illness

have other serious health problems like HIV/AIDS, epilepsy, diabetes or heart disease 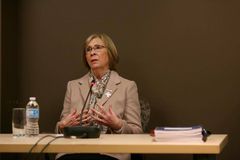 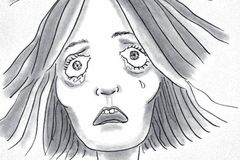 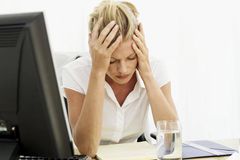 Drug-addict shot to death by B.C. police had untreated mental issues
July 31, 2012
Follow Anne McIlroy on Twitter @AnneMcIlroy
Report an error Editorial code of conduct
Due to technical reasons, we have temporarily removed commenting from our articles. We hope to have this fixed soon. Thank you for your patience. If you are looking to give feedback on our new site, please send it along to feedback@globeandmail.com. If you want to write a letter to the editor, please forward to letters@globeandmail.com.
Comments