It wasn't a question cops in Brampton had to answer much 20 years ago, when Brampton's population was 256,000 and much of its northern region was still farmers' fields.

Following an immigration boom that's made Brampton more than twice as big as it was in the early nineties, that question is one of the new realities of policing in a city of more than half a million people, many of them newcomers.

Two officers with Peel Regional Police told The Globe and Mail's Dakshana Bascaramurty how Brampton's shift from bedroom community to bona fide big city has changed the way they do their jobs.

They didn't want their first encounters with recent immigrants to be a tension-filled house call or, worse, a TV news report about an officer's arrest.

In 2009, Peel Regional Police launched the Emergency Services Introduction for Newcomers to Canada program, which sees officers (alongside EMS workers and firefighters) hold informal sessions with recent immigrants at local community groups and service organizations. In 2012, they made 26 such presentations in Peel Region (which includes Mississauga and Caledon). They go over the basics, but they deal with bigger challenges, too – such as trying to correct the perceptions many newcomers have of police.

"We will deal with people that bring with them a mistrust of police from their country of origin," says Superintendent Jeff Bond, who oversees 22 Division, which covers Brampton.

For those who arrive from countries with notoriously corrupt police forces, seeing media reports of police wrongdoing in Peel Region might only confirm their beliefs.

"Often in the media, they'll maybe see an incident where an officer is being charged with an assault and that will support their view that this is the same in Canada, but that could be an isolated incident," says Sergeant Tony Bayley, a diversity relations officer with the force.

Back in Superintendent Bond's rookie days in the late eighties, the most recurring items on the police blotter were domestic issues or crimes against property.

As Brampton has matured into the ninth-biggest city in the country, the type of cases the force handles has taken a gritty turn.

"Incidences where an officer would come across a handgun in the course of his duties was fairly rare back when I started," he said. Now, the force is dealing with more drug-related and firearms-related offences. From 2008 to 2011, drug trafficking cases handled by 22 Division increased by 36 per cent.

"If you look across Canada, as a whole you find a lot of these things are similiar in cities of this size."

Reflecting the people they serve

Because the rate of attrition is so low in the force (just 2 per cent a year), building a team of uniformed officers that reflects the region's population hasn't been easy.

In 2011, 66 per cent of Bramptonians were visible minorities, according to Statistics Canada, up from 57 per cent just five years earlier.

That same year, 36 per cent of the force's new hires were "racialized persons" – double the amount from the previous year – a sign, the force said in a public report, that community recruitment events were paying off.

South Asians comprise Brampton's largest visible minority group, and gurdwaras have become a hot spot for scouting wannabe officers. At this year's Vaisakhi celebrations, between the turban-tying competition and religious rituals, Peel Regional Police took the stage in hopes of reaching prospective candidates among the enormous crowd of Sikhs at the Ontario Khalsa Darbar (a Mississauga gurdwara that draws in many Bramptonians).

But the gains of recent years haven't done much to change the total number of visible minority officers in the force as a whole, which is still only 14.2 per cent. (Once you go up the ranks, the number of "racialized persons" starts dropping. At the top of the food chain, there were only three who held the title of "senior officer" in the entire Peel force.)

"Even in 20 years' time at a 2 per cent change, that would only be 40 per cent of our service, assuming we hired every next person as an ethnic person," said Sgt. Bayley. "So you can see it's a very slow process for us to reflect that multicultural view within the community." 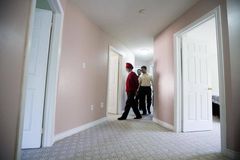 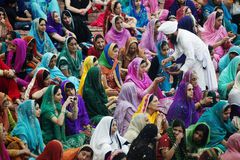 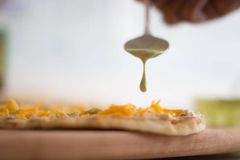