The only thing missing was a wrought-iron staircase.

Otherwise, the apartment that Bronwyn Ford shared with her university friends in Montreal's bohemian Outremont neighbourhood was a pure product of its place. High ceilings. Creaky wooden floors. A Hasidic landlord named Israel.

It also shared a more important attribute with its neighbours: It was cheap. Four bedrooms at $1,800 a month. That sort of price for a handsome, spacious apartment might look like a typo to the rest of Canada. But in Montreal, it rates as unremarkable.

The average rent for a two-bedroom apartment in the Montreal metro area is $760. The Toronto average is $1,288. In Vancouver, it's $1,368. In all, just a handful of Canadian cities have cheaper rent than Montreal – and then only much smaller, sleepier communities such as Saint John and Trois-Rivières.

Calculator: Where in Canada can you afford to rent?

The Down Payment Tool: Find out when you'll be a homeowner

Even as stratospheric housing costs in Toronto and Vancouver dominate headlines and bankers warn of a Canadian housing bubble, the country's second-largest city continues to churn along with bargain-basement rents that would make most of North America salivate.

The apartment Ms. Ford shared helps to explain why. It's old. She doesn't know how old exactly, but probably pre-Second World War – and those long years have taken a toll.

"As much as you clean, it's always kinda dirty," she said recently, gazing at the slightly scuzzy living-room floor.

Meanwhile, her roommates were not long for Montreal. One had already moved back to Toronto and another to Vancouver after graduating from McGill University.

This, in miniature, is the story of Montreal's improbably cheap rent: ample but antique housing stock; a sluggish economy; and a language barrier that puts a soft cap on population growth.

The bad news for the rest of Canada: It's a brew that may be easier to envy than to replicate.

As anyone who has visited the city can attest, it's full of three-storey walk-ups festooned with spiral staircases. The numbers bear this out. The greater Montreal area boasts about 500,000 rental apartments, compared with just 100,000 in the Vancouver area, which has about half Montreal's population.

That glut of supply can be traced back to the city's 19th-century roots. When Montreal was being built up, decades before most of Canada's urban areas, apartments were the standard housing unit of city life. Mortgages were virtually non-existent at the time, notes Marc Choko, a historian of Montreal housing and emeritus professor at the Université du Québec à Montréal. Through the 1920s, even Montreal's upper class rented apartments on the city's Golden Mile.

By the time homeownership had gained currency in postwar North America, renting had taken hold in Montreal. Mr. Choko dismisses the concept of a "culture of renting" – "Some moralist writers say that Quebeckers like to drink and enjoy the good life, while Anglos are more Protestant and take care of the money," he says – but whether thanks to culture or mere circumstance, Montrealers have been likelier to rent than other Canadians for more than a century.

Sheer volume alone does not account for the Montreal discount. The old age and small size of the city's apartment stock contributes to the city's affordability, too, says Francis Cortellino, principal market analyst for the Canada Mortgage and Housing Corp. in Montreal.

Because they do not come with expenses such as elevators and swimming pools, smaller buildings are often cheaper to maintain that high-rises, Mr. Cortellino says. In Montreal, 33 per cent of rental apartments are in buildings with three to five units. In Toronto and Vancouver, the figure is between 1 and 3 per cent.

Rent is also generally cheaper in older buildings, because they tend to be in relatively worse physical shape. That helps Montreal renters save pennies. Half of the city's rental buildings were erected before 1960, compared with 24 per cent and 17 per cent for Toronto and Vancouver respectively.

As Mr. Cortellino puts it: "In Montreal, you've got a lot of small buildings, and a lot of old buildings."

Still, even newer, larger buildings in Montreal are staggeringly cheap compared with those in other cities. According to the CMHC, the average rent for a two-bedroom apartment in Montreal built in the past 15 years is about $900, many of them in modern high-rises. In the Toronto region, the figure is $1,900.

A strong record of social housing construction in the past two decades offers a partial explanation, says Greg Suttor, a housing researcher at the Toronto-based Wellesley Institute.

Private development, ironically, may be a bigger factor. The glass condo towers sprouting in historically working-class neighbourhoods such as Griffintown and St-Henri have sparked protests and even vandalism by anti-gentrification activists.

But as Desjardins chief economist Hélène Bégin notes, the new source of housing has pumped supply into the market and helped drive Montreal's vacancy rate from less than 1 per cent in the early 2000s to around 4 per cent now.

If apartments are sitting empty, that may also be down to sluggish population growth. This is where demand comes into the equation. Montreal is not shrinking, but it is growing slower than other big Canadian cities – driving down rental demand in the process. From 2013 to 2014, despite gaining nearly 43,000 immigrants from other parts of the world, Montreal tallied a net loss of 10,000 residents to other provinces.

Last year, Quebec as a whole lost more people to interprovincial migration than any other province – a product, in part, of a one-sided language barrier that dissuades anglophones from living in Quebec but allows an increasingly bilingual francophone majority to live and work from coast to coast.

And while immigration to Montreal remains strong, foreign investment in real estate is negligible, accounting for about 1 per cent of new construction in the city, Ms. Bégin says.

That likely has less to do with language than another, more easily neglected fact about Montreal: It isn't rich. Despite its role as the beating heart of Quebec's economic and cultural life, it has the lowest personal disposable income of Canada's major cities and the slowest economic growth in the past decade.

As a result, rents that look lip-smacking to other Canadians, can be hard for some Montrealers to swallow. Nearly 20 per cent of the metro area's renters spend more than half of their income on housing, a recent Statistics Canada study showed. Still, even accounting for the city's economic malaise, rent is a bargain for many. "For sure in Quebec, we have lower wages, lower revenues – but for sure when you calculate everything we are in a winning situation," Ms. Bégin says.

Other cities can do marginal things to imitate Montreal, says Mr. Suttor, the Toronto housing researcher – such as stricter rent control and more social housing stock. But the bigger structural factors shaping the rental climate may be harder to harness.

Whatever other cities try, they will be hard-pressed to recreate the conditions that Ms. Ford has benefited from. A Concordia University student on the verge of graduation, she has managed to stay on in Montreal, despite lacking French, through a job at the indie record label Arbutus.

For now, she has little incentive to leave. After leaving her apartment in Outremont, she found a new place nearby.

It's not a palace, she concedes. But the price is right, not to say eye-popping: $550 for three bedrooms.

Where in Canada can you afford to rent? Use this tool to find out
September 10, 2015 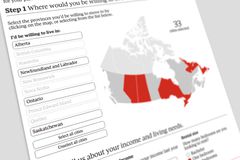 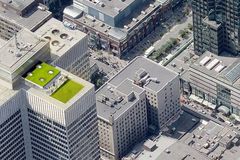 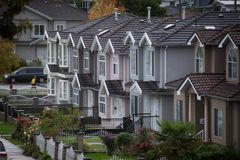 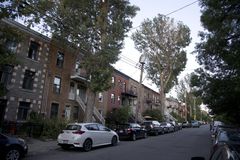 How high home prices have buried Canadians in debt
May 31, 2016 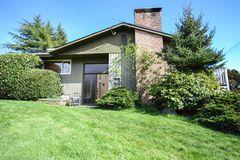