As the story goes, the future U.S. president woke at 6 a.m. on May 22 and read a front-page story in The New York Times about a skating rink that left him bristling with rage.

But because this was 1986 – and not 2016 – Donald Trump did not tweet venom; rather, he put pen to paper and drafted a scathing letter to his nemesis Ed Koch, then mayor of New York.

The fateful battle that followed over one of Manhattan's public jewels, Wollman Rink, would launch a grand makeover of Mr. Trump's public persona – from second-rate developer into can-do tycoon fit to eradicate government mismanagement – that he has ridden all the way to the White House.

Less known is the story of how this pivotal piece of the Trump mythology that earned an entire chapter in his bestselling 1987 memoir The Art of the Deal also established a Canadian ice-rink company as an international powerhouse.

"It wasn't until that book came out that our phones started ringing off the hook," said David Sinclair, Ontario general manager of CIMCO Refrigeration, today the world's most prominent rink-maker.

By the time Mr. Trump penned his letter, Wollman Rink – in the southeastern corner of Central Park and among the largest public skating rinks on the continent – had become a symbol of government ineptitude. Closed in 1980 for a planned 2 1/2-year, $4.7-million (U.S.) renovation, the rink had $12-million poured into it before city officials announced on that day in May, 1986, plans to scrap all previous efforts and start over from scratch.

If all went according to plan – and there was no reason to believe it would – Wollman Rink would reopen in 1988.

"I and all other New Yorkers are tired of watching the catastrophe at Wollman Rink," Mr. Trump wrote in a letter that was later picked up in city newspapers. "The incompetence displayed at this simple construction project must be considered one of the greatest embarrassments of your administration."

He went on to propose a far-fetched plan: Mr. Trump himself would personally direct and bankroll the reconstruction effort and get Wollman Rink running within six months for just $3-million.

"I believed the rink was something that hundreds of thousands of New Yorkers, including my own children, had a right to enjoy," Mr. Trump later wrote in The Art of the Deal. "Whatever anyone might think, my motive was that simple."

At first, Mr. Koch mocked the developer's offer. But New Yorkers tend to embrace chutzpah, especially at the expense of a politician, and they rallied around Mr. Trump's idea. The mayor relented.

That's how a man who doesn't skate and never wanted to be in the ice business found himself presiding over the biggest outdoor-rink project in the country. It was a stretch, and he knew it.

"Since I myself knew absolutely nothing about building rinks, I set out to find the best skating-rink builder I could," he wrote. "Logic suggested the best place to look was Canada."

Advisers pointed him toward CIMCO, a 75-year-old Toronto-based company that was, at the time, responsible for the ice in both Maple Leaf Gardens and the Montreal Forum. Any company entrusted with those hallowed hockey shrines was good enough for the Donald.

Just like so many prospective cabinet members in recent weeks, three CIMCO employees were summoned to Trump Tower. They quickly diagnosed Wollman's problem. Most artificial ice sheets use ammonium as a primary refrigerant. In New York, however, ammonium was banned. The city had opted to use liquid Freon instead, a more energy-efficient but less reliable system using fragile copper piping.

"The city was pumping in millions of dollars just trying to keep the Freon in it," said CIMCO's Mr. Sinclair, who wasn't involved in the deal but heard the story recounted by his late father-in-law Roy Gardner, a participant at the initial Trump Tower meeting. "The rink was down more than it was up."

The Canadians proposed an easy fix: Swap the Freon for a brine solution – essentially salt water – and pump it through plastic piping, a pricier but far more dependable way of creating ice.

"It was a dull, Canadian response," said then-CIMCO president Steve McLeod in a 1987 Globe and Mail article.

Mr. Trump was taken with the northern ice gurus. He hired the Toronto firm to advise and build 35 kilometres of pipe along with two 16,000-kilogram refrigeration units. He promised to treat CIMCO's crew well – too well, as it turned out.

"We sent a crew down from Toronto and Trump paid to put them up in the Plaza," Mr. Sinclair said, referring to the opulent Manhattan hotel that Mr. Trump would purchase two years later. "Well, the guys showed up at this fancy hotel in their trade clothes and they felt very uncomfortable. So [we] called Trump and said, 'We appreciate the kind offer to put our guys up in a really nice hotel. They would be better off in a Holiday Inn.'"

For months, Mr. Trump kept a close watch on the project from his nearby penthouse perch through a high-powered telescope, according to family biographer Gwenda Blair.

He stoked media interest with regular news conferences, where he boasted of a project running ahead of schedule and under budget.

"My father-in-law said he was bold, brash, very much a showman," Mr. Sinclair said.

On Oct. 15, the ice crew conducted its first test, sending brine through the pipes. "That night, following a rainfall, ice formed on the rink – beautiful, clear, long-awaited ice," Mr. Trump recounted in his book.

The project was completed two months ahead of schedule and $750,000 under budget, figures Mr. Trump would cite for years to demonstrate the superiority of his singular will over bureaucratic inertia.

Mr. Trump gave CIMCO ample credit in The Art of the Deal, placing a glowing company endorsement in the hands of more than one million book buyers.

"We always had strength in Canada with a little presence in the States," Mr. Sinclair said. "The book gave huge exposure to CIMCO … The U.S. business was fostered after '86, after that book was written."

Now, with more than 5,500 rink projects to its credit, CIMCO is the go-to company for prospective arena-builders worldwide. Rinks make up about 40 per cent of the firm's revenues – most of the rest comes from commercial refrigeration applications – which have grown from $37-million in 1985 to over $230-million last year. The company is responsible for the ice beneath the NHL's newest franchise, the Las Vegas Golden Knights as well as rinks in Beijing, Lahore and Moscow.

During a recent basement renovation, Mr. Sinclair found a token of the future president's appreciation, a framed memento featuring a reproduction of a newspaper article detailing CIMCO's involvement in the project, an artist's rendering of the rink and a picture of Mr. Trump. He's not sure what to do with it. "It really predates much of the news today and how people feel about him," Mr. Sinclair said. "It's history, it happened."

As for Mr. Trump, he can still admire the CIMCO installation between meetings with foreign power brokers, future cabinet members and Kardashian spouses. Just don't expect him to don a pair of skates.

"I get a real kick every time I look out the window of my living room in Trump Tower and see hundreds of skaters on the Wollman Rink," he wrote in his memoir. "However, I won't be one of them. People have been waiting for years to watch me fall. I'm not about to help the cause." 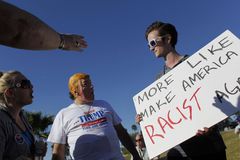 How offering free land in Cape Breton lured B.C. families for a life off the grid
December 25, 2016 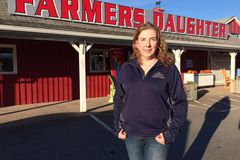