Are the yellow Minifigures in the Lego universe white people? A Grade 8 social-studies class at Allan A. Martin Sr. Public School in Mississauga mulled this existential question on a recent afternoon while their teacher delivered a lesson on one of the most politically charged topics addressed in Canadian classrooms.

Mandi Hardy stood in front of a whiteboard and asked students to list what they believed to be the most important jobs in the world, then asked them to list people – real or fictional – who hold those positions. Almost all the doctors were from TV, among them Derek Shepherd from Grey's Anatomy and Dr. Phil. The same was true for the scientists and emergency-service workers that the students listed. Then, without explanation, Ms. Hardy began putting stars beside nearly all of the names – pausing when she reached a Lego character – and students quickly caught on to what she was doing.

"They're all white!" one called out.

The lesson of the day was white privilege, the idea that white people enjoy unearned advantages due to their race. Her exercise was meant to show that white people receive greater public profile for many of the occupations society deems to be the most important. This isn't a required subject, but one Ms. Hardy has elected to teach for the past four years.

While students in social-studies classes in B.C., Ontario and Manitoba must learn about the disturbing history of the residential-school system, and those in Nova Scotia are taught about how black people in their own province were enslaved, the specific term "white privilege" is so charged that provinces have steered clear of explicitly addressing it in their curriculums.

Just three years ago, the Elementary Teachers' Federation of Ontario (ETFO) caused a furor when it advertised a workshop for educators on teaching white privilege. During the municipal election that same year, Toronto Mayor John Tory said he does not believe it exists. Some teachers who have dared to deliver lessons on it have invited angry complaints from parents and the wider community.

But a growing number of educators, those who train them and the unions that represent them are taking on the challenge.

In the eighties, a white woman named Peggy McIntosh wrote a piece titled White Privilege: Unpacking the Invisible Knapsack, which listed particular privileges white people have that many racialized people do not. It has become one of the key teacher resources on the subject in North America. She enumerated the daily effects of white privilege in her own life in the piece, among them: "I can go shopping alone most of the time, pretty well assured that I will not be followed or harassed."

When a Grade 11 anthropology teacher at a high school in Caledon, Ont., passed out Unpacking the Invisible Knapsack to her class last spring, one of her students, Logan Boden, was skeptical. He declared white privilege to be a racist ideology. The teacher responded, "Coming from a white male …," according to Mr. Boden.

When he got home from school, he told his mother, Rebecca Knott, about what had happened. He'd encountered the term "white privilege" before that day and was surprised his teacher was bringing it up in class.

"I've seen a lot of social-justice warriors and feminists use the term … to shut people down, to say their opinion isn't valid because they're white," he said. "It's a term basically coined to make you feel bad for being white."

Ms. Knott contacted the teacher, the principal and the school board to complain about the lesson and said "the other side" should also be shared with students – suggesting the teacher screen videos from Rebel Media, a conservative outlet well-known for its anti-Muslim content that was roundly criticized for sympathetic coverage in August of white supremacists protesting in Charlottesville, Va.

A spokesperson for the Peel District School Board said the board investigated after Ms. Knott's complaint and reviewed the matter against the board's equity and inclusive education policy. The teacher and principal in question did not want to comment for this story.

The BC Teachers' Federation (BCTF) has been developing resources for decades similar to the one Mr. Boden's teacher used. As a result, BCTF president Glen Hansman has received e-mails from community members, among them parents, that accuse his union of racism against white people.

"I think we have to reject that as absurd," he said. "We have to challenge our assumptions and work through them and sometimes that can be uncomfortable for people for a long period of time, especially if they're the ones who are benefiting from that privilege."

It's not just students and parents who have taken issue with the subject, but educators, too.

Mohammed Saleh, a teacher in Southern Ontario, leads workshops on white privilege for ETFO throughout the province. Many have elected to attend but others have been sent by their superintendents and don't hide their skepticism around the topic.

Some say this isn't an issue for them because all their students are white. Mr. Saleh tells them those students likely will venture beyond their homogeneous communities as adults.

The issue with the workshops is that only the truly committed turn what they learn into lessons for their students, says Sam Hammond, ETFO's president, and that's not enough.

"White privilege should be incorporated into the curriculum both at the faculty of education level and in the curriculum across the system in a non-colonialized way," he said.

The Ontario curriculum does cover the subject of privilege for students in grades 9 to 12 (relating not just to race, but also socioeconomic status, gender and religion among other things) but does not specifically identify "white privilege." In other provinces, the greater emphasis is put on inclusion, diversity and pluralism.

Several compulsory courses at the University of British Columbia's faculty of education address white privilege, and associate dean of teacher education Wendy Carr says many teacher candidates are uncomfortable with those discussions.

"And that discomfort can range anywhere from guilt to shame to anger," she said. The goal is not to make these would-be teachers feel guilty about their own race, but to recognize the obligations that come with being from a more privileged place than some of their peers and students.

Back in Mississauga, after the whiteboard exercise in Ms. Hardy's class, she led a discussion about white privilege with students, all of whom seemed receptive to the idea. Then she gave her class an assignment: Find a person of colour who has contributed something impressive to the world and create a poster about them. Students pulled out phones and tablets and began their work, typing some version of the query "people of colour who have done something amazing" into Google.

One student simply searched "top most influential people" and landed on a magazine cover from 2010, featuring a grid of faces labelled 100 Most Influential People. Her eyes scanned the image, hopping from person to person, and then she called Ms. Hardy over to show it to her. Nearly all of the faces were white.

Whose food is it, anyway? How chefs can approach ‘ethnic’ cuisine respectfully
September 29, 2017 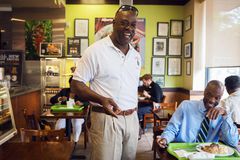 Opinion
Systemic racism thrives in Britain (as does the dishonesty about tackling it)
October 15, 2017 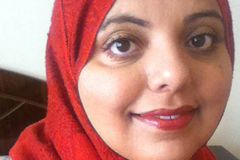 Symbols in the South: A turning point for Confederate monuments
August 18, 2017 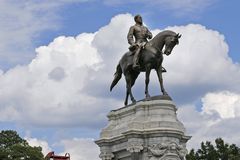