For 10 years, Ilonka Stebritz wondered where she would get the money to fix her teeth.

A thalidomide survivor born with shortened arms, Ms. Stebritz had used her jaws for decades to grasp and lift what her hands could not. The usage took its toll – but the specialized implants she needed would cost €26,000 ($36,700).

Before last year, that was an unthinkable sum for Ms. Stebritz. Then, after a long struggle, the German government passed a new law multiplying its support for thalidomide survivors. Depending on their level of disability, they would now receive an annual pension of anywhere from €7,300 to €83,000.

For Ms. Stebritz and the 2,400 other thalidomide survivors in Germany, it was a sea change. She could pay for her dentistry. She could buy new windows low enough to open on her own. She could install a door that unlocked with a card, eliminating a lifetime of fumbling for keys and pushing it open with her feet.

"Many things I was able to change in my life for the better," said Ms. Stebritz, 52, who serves as the president of the German Federal Association of Thalidomide Victims. "It is a totally different feeling."

In Germany and Britain – the two most prominent examples – those victories came only in recent years. Those involved say the key factors were a combination of meticulous research and sustained political pressure. The research documented the extent of the health troubles faced by thalidomiders and the way greater funding would impact their lives.

The political pressure was buttressed with a moral argument. The thalidomide catastrophe was one where babies were disabled, not through a random twist of genetics, but by governmental failures to protect citizens. The ensuing reforms transformed the way drugs were approved all over the world. Thalidomiders "are the reason why medicine is safe," said Geoff Adams-Spink, a journalist and thalidomide survivor in Britain. "We were the guinea pigs, quite literally."

Germany was the centre of the thalidomide disaster. The drug, marketed under the brand name Contergan, was developed by a German firm, Chemie Gruenenthal. The firm still exists today, as Gruenenthal GmbH, with headquarters in Aachen, and continues to be owned by members of the Wirtz family. About 5,000 babies in Germany were born with disabilities caused by thalidomide, including missing limbs, blindness, deafness, or all three.

In 2007, the country's thousands of thalidomide survivors solemnly observed the 50th anniversary of the drug's entry onto pharmacy shelves. The same year, a documentary entitled A Single Tablet appeared on German television. It focused on one family's struggle with the devastating effects of the drug and reached a wide viewership – despite efforts by Gruenenthal to keep it off the air.

The movie caused an uproar. The following year, the German government doubled the pensions to thalidomide survivors, which still only meant a maximum of €13,000 a year. And in 2009, Gruenenthal pledged a further €50-million to the trust established by the government to care for thalidomiders.

Real change, however, only came after a massive study of nearly 900 German thalidomide survivors conducted by gerontologists at Heidelberg University starting in 2010. At first, Ms. Stebritz said, some in the community were skeptical or angry, suspecting that the study was a delaying tactic by the government. But slowly that began to change. "People started to realize, okay, this could be a chance for us to [convey] our needs on a scientific basis to the government," she said.

The first results, made public in 2012, described a community in the grip of accelerated aging. Thalidomiders struggled with the ongoing impact of their original disabilities and also the effects of a lifetime of compensating for them: damage to muscles, joints and bones, constant pain, depression. Although in their 50s, thalidomiders' bodies were so worn out they resembled those of people decades older. Half of the participants in the study told researchers they experienced pain on a daily basis.

The study, with its detailed description of unmet medical needs, became the trigger for substantial reforms. In mid-2013, the German government passed a law increasing pensions for thalidomiders and establishing a new annual fund of €30-million for specific requirements not covered by health insurance, such as specialized wheelchairs and hearing aids.

Ms. Stebritz, who had to retire from her job as a municipal employee because she could no longer work eight hours a day, said the impact of the new law has been dramatic. One woman she knows was formerly housebound in the winter because her family members neglected to clear the snow for her wheelchair. Now she can pay for an assistant to help her for 13 hours a week and buy a new, adapted car that her wheelchair can roll into – vastly expanding the activities she's able to do and transforming her sense of independence.

Those impacts are also borne out in Britain. There, thalidomiders campaigned for a decade, first to make their benefits exempt from tax, then to garner increased support from Diageo, which purchased the British manufacturer of thalidomide, and finally to secure larger, long-lasting health grants from the government. The median amount now received by thalidomiders in Britain is £50,000 ($89,000) a year, said Martin Johnson, the former head of the Thalidomide Trust.

The support was recently extended for another 10 years, thanks in part to a piece of research that documented how thalidomide survivors had used their new health funds. The biggest expenditure was altering their homes – particularly kitchens and bathrooms – to lead a more normal life; the next largest was used to improve mobility. The report is full of testimonies like this one: "Now my house is like I wanted it, it's not so painful to move around," one thalidomider told researchers. "It's hard to describe the difference it's made."

Mr. Johnson said the key to getting governments to act was finding a strategy that worked in the local context. (In the British case, he described it as, "You schmooze the politicians and you beat up their staffs.")

He noted that pursuing compensation in the courts has been ineffective, most recently in Spain, where an appeals court in October overturned a judgment in favour of 22 thalidomide survivors that would have obliged Gruenenthal to pay them compensation.

The major settlements "have been achieved by negotiations mainly with the governments concerned," Mr. Johnson said. "My reading of this history is, litigation is always used very brutally to obstruct the interests of the claimant." 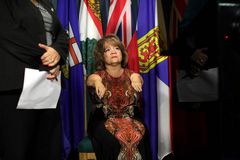