Reining in the powers of Canada's spies was a lynchpin Liberal promise on the 2015 campaign trail, but it has lingered since Prime Minister Justin Trudeau's party took office.

Yet the government last week announced what cues it is taking from a recently concluded public consultation into security and intelligence issues, and Public Security Minister Ralph Goodale has indicated he may soon announce new legislation.

Here's a look at what may be coming.

What spy-agency powers do the Liberals hope to change?

In 1984, Parliament created the Canadian Security Intelligence Service to advise federal officials about national-security threats. But after the terrorist attacks of 2001, CSIS started charting an increasingly aggressive course – having its intelligence officers do more spying within foreign countries, for example, or by sometimes seeking to disrupt the lives of the spy agency's targets.

Because all this was legally questionable, the Conservative government led by Stephen Harper began passing laws to enable such espionage. Most polarizing was the omnibus Bill C-51 – a 2015 law that gave CSIS an explicit mandate to engage in "threat-reduction activities."

These "TRAs" were put in the books right before the 2015 election call, and the Liberals campaigned on dialling back these and other C-51 powers.

How is CSIS using its new powers?

Somewhat sparingly. But no one besides CSIS intelligence officers and Mr. Goodale really knows the details. Released materials speak to two kinds of TRAs – a relatively non-invasive power used a couple of dozen times, and a much more invasive power never known to have been authorized.

In the lower-order power, CSIS intelligence officers get latitude to confront their targets – for example, by warning a Canadian teenager suspected of terrorism ties that the individual is going down a perilous path, or by telling a foreign spy that they are onto his or her activities.

The more invasive power allows intelligence officers to violate someone's constitutional rights, so long as a Federal Court judge first signs off on a warrant authorizing the activities contemplated by CSIS. This would enable interception and hacking campaigns – such as "modifying or removing threat-related content on an extremist website"; or "disabling or altering personal electronics"; or "intercepting and/or degrading equipment or weapons."

This, at least, is what a CSIS briefing note released under Access to Information laws says. More aggressive interventions could be possible. Critics point out that the only specificity laid out in C-51 is a proviso stating CSIS cannot physically harm anyone.

What is the Public Safety Minister planning to do?

The Prime Minister's mandate letter to Mr. Goodale directed him to work to correct the "problematic elements of Bill C-51."

Last year, Mr. Goodale launched a lengthy public-consultation exercise soliciting views from legal experts, advocacy groups and ordinary citizens about what CSIS should – and should not – be allowed to do. A "What We Learned" report released last week indicates the government broadly feels there is not much daylight between what the Liberals had promised and what the wider public wants.

"I'm hopeful that we can get a good, solid legislative package in the public domain for the House and Canadians to see later on this spring," Mr. Goodale has said.

What powers are going to go?

The CSIS TRAs will probably not survive in their current incarnation. The Liberals have to make good on their promise to keep intelligence warrants from treading on people's constitutionally protected rights, while at the same time giving intelligence officers latitude for some less invasive interventions.

Experts say Mr. Goodale has a lot of other mopping up to do. "I'd hope to see a first bill dealing with the post-C-51 cleanup: CSIS threat disruption, Criminal Code speech crime and possibly peace bonds/preventive detention," says Craig Forcese, a University of Ottawa law professor.

He was speaking to a never-laid Criminal Code charge that makes publicly advocating terrorism a crime, as well as laws that give authorities latitude to detain suspected terrorists when there is not enough evidence to lay charges.

What campaign ideas are likely off the table?

While Mr. Goodale's "Green Paper" set the parameters for the consultation exercise, it at times deviated from the campaign platform.

For example, Liberal campaign literature also zeroed in on another federal spy agency – Communications Security Establishment – by suggesting its surveillance powers needed to be reined in. Yet nothing of substance has since been said on CSE powers, even in the consultation exercise.

Mr. Goodale also veered off-script when he solicited feedback about whether police need more powers in digital domains. The party had not broached this issue during the campaign, but detectives in Canada complain they are "going dark" because of outdated wiretapping laws, and say they need more access to records kept by communications corporations. But now that the feedback is in, it may make the issue a non-starter.

"The public response revealed that the Liberals are offside public opinion. … The federal government does not have public support for this," said Lisa Austin, a University of Toronto professor.

Despite the consultation exercise's seemingly significant support for bolstering existing intelligence-watchdog agencies in the federal government – or even to create a new "super agency" – the Liberals are unlikely to move on this front. "I think they will leave accountability reform – and specifically what to do with expert review bodies – to another day and a later bill," Prof. Forcese said.

He explained that the Liberals have made good on a promise to table legislation to create a select committee of parliamentarians who are afforded insights into intelligence issues. Rolling this out may mean proposed fixes to the existing bodies will go on the back-burner. 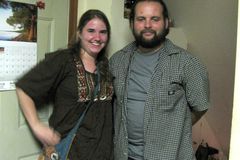