The puffin does not belong on land. Designed mostly for life at sea, when a puffin lands on concrete, it does so with a sudden and undignified plop. It is a graceful diver, while running often causes it to trip over its own feet.

But in Witless Bay, Nfld., a scenic enclave half an hour south of St. John's, the clumsy little birds are not a comical sight. This is where more than 500,000 Atlantic puffins nest each summer – forming the largest colony in North America – to have their chicks. But it is also where those chicks too often meet their end. That is where a local project comes in: the Puffin Patrol. It has just had its busiest summer ever.

The patrol began when Juergen Schau, a semi-retired film executive from Berlin who spends his summers in Witless Bay, started to notice dead baby birds on the roads.

Pufflings leave the nest in August, flying out to the ocean and coming back to land only to mate – which is when their beaks take on that famous vibrant colouring. The problem is, they navigate by the light of the moon. City lights confuse them, sometimes leading them to town and into the path of oncoming cars.

Six years ago, Mr. Schau and his wife, Elfie, bought butterfly nets and began catching pufflings at night, keeping them in boxes in the garage and releasing them into the ocean each morning.

Mr. Schau soon got neighbourhood children involved, offering them a dollar per puffin. Since patrols are at night, their parents go along. Even residents who are not patrollers will call in reports of puffin sightings.

Patrollers in security vests take shifts all season, from 9 p.m. until 2:30 a.m., meeting at daylight to release them.

"Even myself, growing up, I never really took heed," said Suzanne Dooley, co-executive director at the Canadian Parks and Wilderness Society in Newfoundland, who has dressed up as a puffin when speaking at local schools about the provincial bird.

Her group got involved a few years ago, including helping with the proper permits for handling the birds. Canadian Wildlife Services is also involved, banding the chicks so they can be tracked. "It's growing momentum now. You drive around at nighttime and see people with their flashlights in ditches," Ms. Dooley said.

The project comes at a crucial time. The oil industry has drawn people and money into Newfoundland, and Witless Bay is one of the communities growing as a result. At night, lights shine from bigger houses, subdivisions under construction and new streetlamps.

This year was unlike anything the Puffin Patrol has seen so far, both because of that growth and also the climate. As in many parts of Canada, it has been an unseasonably warm summer. That means more puffins.

The season has just finished, and it was a record year: More than 500 pufflings were saved, compared with roughly 40 last year (a wet and cold summer) and about 100 in 2010. The patrol launched a campaign to ask locals to turn off unnecessary lights.

As someone who has studied biology, Dena Wiseman, a full-time mother and former employee at Fisheries and Oceans Canada, is not sentimental about the hardships of nature. But she and her two boys, seven-year-old Jack and five-year-old Joey, are enthusiastic patrollers.

"We're just giving nature a little hand, because it's our fault they're coming in," she said.

She's seen a new side to her neighbours – including one local fisherman who has hunted turrs (sea birds known elsewhere as murres) all his life.

"Here he is with his kids, looking for puffins, this big burly guy with a butterfly net."

Juergen and Elfie Schau came to Witless Bay in the first place because, unable to have children, they decided to spend their time and money travelling. When they came to see the whales, the place and people charmed them so much, they bought a house 15 years ago.

"It's part of our life, here. We just want to give something back, because it's a great gift we received, coming to a place like this," Mr. Schau said.

"When you live here, it's normal; you have the ocean, the birds. But when you come as a foreigner, from away, you have a different view. Be proud about your country and your environment. Protect this, please." 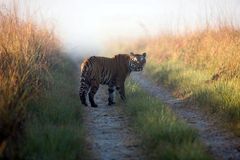 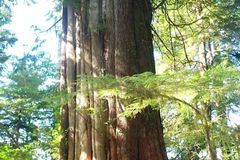 Ride through the ‘Serengeti of the North’
September 1, 2012 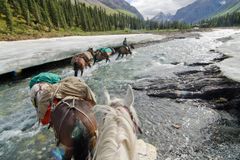 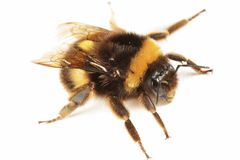