A brown van with a small laboratory in the back pulls up at Connie Low's home in Vancouver and a research assistant welcomes the nine-year-old inside. Soon, she is playing a frustrating computer game while machines monitor changes in her heart rate and breathing and assess other signs of stress.

Inside the house, a second member of the research team interviews Connie's father about his daughter's health and major events in her life, as well as her temperament and behaviour. How does she react to change or conflict? Does she get upset when her clothes are wet or the bath water is too hot? Is she observant? Do the tags on her clothes bug her?

The questions and tests are designed to identify "orchid children," the 15 to 20 per cent of youngsters who are highly sensitive to their environments and very reactive to stress. This makes them more vulnerable to health and behaviour problems if they live in stressful conditions, preliminary studies have found. But with careful attention and nurturing, they can thrive and excel.

It is a new theory, a revolution in thinking that recasts genetic vulnerabilities as potential strengths. The University of British Columbia's Tom Boyce, Anthony Herdman and their colleagues want to learn what is different about the genes and brains of orchid children, as well as the factors in their lives that help them do well. Are mentors, for example, important? What about feeling like being part of a school community or playing a sport?

One day, the work could lead to new screening tools, programs or teaching approaches designed to spot orchid children and help them bloom.

So far, the scientists have assessed 200 eight- to 10-year-old volunteers from a wide range of socioeconomic backgrounds. They plan to do 200 more by the end of the school year.

They collect DNA samples and measure each child's response to stress. Connie is asked to prepare and deliver a five-minute speech about herself, both good things and bad, and to imagine she is speaking to her class rather than to research assistants and technicians. The research assistant also asks her to count backwards, by 3, from 200.

"There will be some who aren't responsive at all, some who are exceedingly responsive and a whole bunch in the middle," says Dr. Boyce, who is also part of B.C's Child & Family Research Institute.

The exceedingly responsive ones are the orchid children.

The children are also asked to perform a number of tasks designed to allow researchers to learn about their brains. The video game, called flanker fish, is used to assess how well they can focus their attention. Some of the children, although not Connie, are asked to perform other tasks on the computer while a machine measures the electrical activity of their brains.

Dr. Boyce and his colleagues are focused on children, but American psychologist Elaine Aron studies adults who were very likely orchid children in their youth.

She started the work two decades ago when she asked for student volunteers who were introverted and easily overwhelmed by stimulation, like being in a noisy place.

She found these individuals, up 15 to 20 per cent of the population, had much in common: They startled easily, were sensitive to pain, deeply moved by art and sensitive to bright lights, strong smells and coarse fabrics.

Since then, Dr. Aron, who works at Stony Brook University in New York, has written a number of books about highly sensitive people.

She now calls the trait sensory-processing sensitivity and says something similar is found in other animals, including fruit flies, dogs, cats and horses. Individuals with it are more likely to watch and observe a situation before plunging in.

In humans, highly sensitive individuals tend to notice more about the people around them and their physical environment, she says, but they are also easily overwhelmed. They are often seen as shy, but that is learned behaviour, she says, not part of the trait. She has also found that they are not always introverts.

She and her colleagues, including Canadian Jadzia Jagiellowicz, have started to use brain imaging to probe how highly sensitive adults process the information their eyes, ears and other senses bring in to the brain compared to control groups.

Although Dr. Aron's experiments have been exclusively with adults, she says anecdotal evidence suggests that highly sensitive children learn better from a gentle correction than a strong punishment. "They know when they have done something wrong," she says.

She has also come up with a questionnaire that parents can use to assess their children.

Dr. Boyce says Dr. Aron's work has gone a long way toward helping highly sensitive adults understand themselves, but that there is not yet a lot of evidence on how to help children. He is also a pediatrician and recommends that his highly sensitive young patients have a set of daily routines.

"They do better when they know what is going to happen," he says. "As well, being highly nurturing and caring with these kids is a highly important part of parenting."

But he is hoping the study now underway will provide doctors, teachers and parents with more information to help orchid children succeed.

Evidence suggests that when they grow up in families and communities high in stress and adversity, they are more prone to health problems, including respiratory illnesses, and are more likely to show symptoms of depression and anxiety or have problems controlling their behaviour. But if they grow up in a protective and nurturing environment, they have lower rates of illness than less reactive children.

According to the theory, the genes that make them so reactive to stress also make them responsive to positive influences and sensitive to social and emotional cues. So their higher risk of illness and behaviour problems is coupled with enormous potential.

"They can really blossom into extraordinary people," says Dr. Boyce.

American psychologist Elaine Aron has developed a check list to assess whether children are highly sensitive to their environments.

Parents can find the full questionnaire on the website hsperson.com where it will also be scored for them. 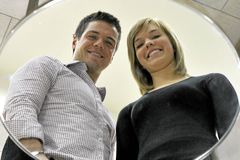 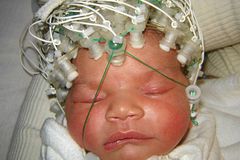 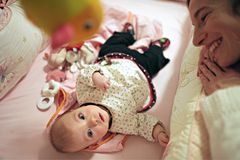 new
Tests get high marks as a learning tool
December 3, 2010 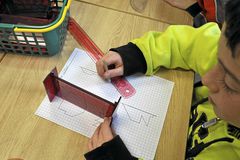 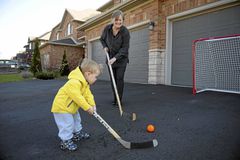