Four years had passed since Kelsey Smith had seen her husband. It wasn't that he was missing – just out of reach, in a sense, 168 feet underwater.

The body of 27-year-old Jaxon Smith had rested on the bed of Giauque Lake, 95 kilometres northeast of Yellowknife, since his vehicle fell through thin ice in late 2007. The RCMP were unable to recover his body, leaving Ms. Smith clinging to a faint hope he might still be alive.

Five months ago, she vowed to find him. It wasn't the RCMP who could help, or even a Canadian. Instead, Ms. Smith turned to Gene and Sandy Ralston, an Idaho couple who zig-zag North America in their 32-foot motor home, helping recover bodies from lakes and rivers when authorities can't, or won't. They don't get paid, and in some years rack up nearly 50,000 kilometres. They do it simply because people ask.

They agreed to come to Yellowknife. Last week, it took them 20 minutes to find Mr. Smith's body.

"We look beyond that morbid part of it, the gooey part of it," Mr. Ralston said. "We look way beyond that, to what it means to the family."

The Smiths' ordeal dates back to Nov. 30, 2007, their last phone call. They talked about Christmas gifts, and Jaxon told his wife he was going out on the frozen lake, next to the remote mine where he worked, to find wood for an ice fishing hut. "And I was like, 'What are you doing on the lake? It's not even December yet,'" recalled Ms. Smith, now 30. "He told me it was safe."

But the ice was too thin. The Toyota Land Cruiser went through on Dec. 1. Two men in the front seats escaped; Mr. Smith, in the back, didn't. The next day, two RCMP officers knocked on the door of the couple's Wetaskiwin, Alta., home. "'There's been an accident,'" she remembered one saying. "And I hit the floor."

Six days later, Mounties recovered the Toyota, but Mr. Smith wasn't in it. Eight months later, they called off the search for good. It was like "losing him all over again," said his widow, an airline employee. "And I didn't know what to do. So, you know, I worked. I worked six days a week, 18-hour days, and slept the one day I had off. And I did that for 3 1/2 years."

She held two memorials and saw a series of counsellors. She couldn't move on. In February, a new counsellor made a suggestion – recover the body. "And so I started looking, but I had no idea – like, how do you Google search 'recovery of dead bodies?'"

She was referred to the Ralstons, environmental consultants who stumbled across their hobby in 1983, when they offered their jet-boat to help search for a suicide victim. They were moved by the family's appreciation. These days, they use a boat (the Kathy G), an underwater robot and sonar, occasionally teaming up with a friend who has two cadaver dogs, able to smell a body 300 feet underwater. The Ralstons aren't paid for their time or equipment. Mr. Smith's former employer, Tyhee Gold Corp., covered their travel costs.

The Ralstons say they have helped recover more than a dozen bodies in Canada, and nearly 80 in total – homicides, suicides and accidental deaths alike. They handled two cases in the NWT this month, recovering the body of a 17-year-old girl in the sprawling Mackenzie River before turning to Mr. Smith.

In that case, the remote lake meant they had only their 46-pound underwater robot. It was enough. On July 17, they found Mr. Smith's body, still clothed and face-down in a trench, with one arm under his body and the other under a piece of plywood. He'd been largely preserved by the deep, frigid waters.

Divers, paid for by the coroner's office and the mining company, came in. They struggled with weather conditions, and officials planned to call them back. They gave it one final shot on Friday, July 20. Mr. Ralston's robot got a hold of Mr. Smith's belt, bringing him up to 88-feet depth, where the divers grabbed the body and brought it to the surface, waterlogged and weighing several hundred pounds.

Mr. Ralston sent Ms. Smith an e-mail. "We have recovered Jaxon, we are waiting for a plane to bring him home," he wrote. "Hugs, Gene."

Ms. Smith wept at the end of what had been, for her, five years of doubt and grieving.

Ms. Smith wonders why the RCMP weren't able to dive to 168 feet, saying they need better equipment. But that's behind her now. She didn't view her husband's body, preferring to remember him as the gregarious man she met in early 2003 at a Boston Pizza restaurant.

Mr. Smith wore his wedding ring on a chain, in keeping with work safety rules, and had left it at his campsite. The company returned it to Ms. Smith, who sleeps with it most nights. She hasn't remarried. "It's not easy, you know. I think now I'll be able to, you know, date, because now I know for 100 per cent sure. But before, it was kind of as if I was cheating."

On Wednesday, Mr. Smith's body was formally identified. On Thursday, he was cremated. On Saturday, Ms. Smith is flying to Edmonton to shop for a necklace, one in which she can keep just a pinch of his ashes. She'll spread the rest in Yellowknife and on Lake Winnipeg, where his mother's ashes were scattered.

The Ralstons are back at home on a 25-acre plot near Boise, Idaho. Their phone is already ringing, with four cases in the queue. Mr. Ralston is over 60 years old and eyes retirement, but can't bring himself to say no.

"There's no feeling like being able to walk up to the boat ramp to tell mom and dad, widow, husband, whatever, a parent, that you're bringing their child home," he said. "When everyone else has given up." 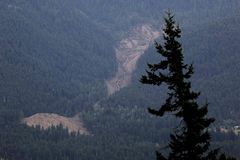 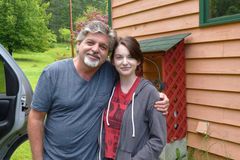 updated
Sherpas battle the elements in bid to bring back Canadian's body
May 28, 2012
Follow Josh Wingrove on Twitter @josh_wingrove
Report an error Editorial code of conduct
Due to technical reasons, we have temporarily removed commenting from our articles. We hope to have this fixed soon. Thank you for your patience. If you are looking to give feedback on our new site, please send it along to feedback@globeandmail.com. If you want to write a letter to the editor, please forward to letters@globeandmail.com.
Comments