Bhagwan Lobana knows too well how harsh the labour market is.

Last April, after nearly two years in Canada, the 50-year-old Punjabi finally found a job that he was proud of. Mr. Lobana, an experienced chemist who graduated top of his masters' class in 1982, was hired at Acuren, a materials-testing and engineering company. But in November, he was laid off when business slowed because of the recession.

"I was very upset," Mr. Lobana said. "I could not continue because of the recession. So my dreams are pending."

Mr. Lobana has since applied for more than 30 jobs with no success, and recently found temp work operating a forklift.

It's a decision that may have farther-reaching consequences than he knows.

While tens of thousands have joined the ranks of the unemployed during a nerve-wracking recession, newcomers to Canada are losing their jobs at more than three times the rate of workers who were born here - and may suffer much longer-lasting repercussions, even after the economy starts to recover.

Employment among Canadian-born workers fell 1.6 per cent over the past year, compared with a 5.7-per-cent decline among immigrants who have been in the country for five years or less, according to Statistics Canada research prepared for The Globe and Mail. Immigrants who have lived here for at least a decade fared slightly better: Their level of unemployment dropped 3 per cent, still nearly double the rate of people born in Canada.

But past recessions show immigrants have greater difficulty re-entering the labour force even after the economy rebounds.

And for newcomers who are forced to accept jobs below their qualifications, the damage to their careers is often permanent - a term dubbed "the scarring effect."

The longer the recession lasts, the more likely skilled immigrants like Mr. Lobana are to settle for lesser jobs to pay the bills. But research shows it's difficult for workers to maintain their professional skill sets if they stay underemployed too long.

For those who are out work for more than two years, "the scarring on their career trajectory is significant and will outlast the recession," said Elizabeth McIsaac, executive director of the Toronto Region Immigrant Employment Council. "We may never get those skills back into the economy."

The firing gap is partly explained by the hierarchy that prevails in many workplaces.

"It's a last hired, first fired syndrome: Seniority rules," said Jeffrey Reitz, professor of ethnic, immigration and pluralism studies at the University of Toronto. Since newly arrived immigrants tend to be recent hires, and often haven't been around long enough to establish themselves, they are more expendable when the axe falls.

"Unfortunately, [Mr. Lobana]was one of the last hires, so he was one of the people we [had]to let go," said Peter Dalla Via, Mr. Lobana's former lab manager at Acuren, which is based in Mississauga. "He was quite competent at what he was doing."

Another factor is that many immigrants have found "survival jobs" in recent years in precisely those industries most affected by the current recession. The Statscan data show that manufacturing and retail contain the biggest proportion of landed immigrants among their work forces. In the past year, the industries with the biggest drops in immigrant jobs are manufacturing, construction and transportation.

Employment lawyer Lior Samfiru of Toronto-based Samfiru Tumarkin has observed a wave of immigrants coming through his door, particularly in recent months, seeking advice on terminations.

He said he believes employers lay off newcomers because they're less likely to demand workplace entitlements, such as severance pay.

"No question I'm seeing more immigrants," he said. "The reality is, I meet with these individuals, and they have less knowledge of what their rights and entitlements are - on severance pay or notice periods. And if they do, they're reluctant to pursue them. And employers know this."

Another factor is that some employers may lay off an immigrant because of the perception he or she just doesn't fit in with the culture, said Kelly Pollack, executive director of the Immigrant Employment Council of BC. "It's unintentional discrimination: you may have been hired, but then there are difficulties integrating. That's why cross-cultural training is something we need to be doing better - this issue is definitely something we hear about very repeatedly."

The recession is merely exacerbating problems that already existed, said Craig Alexander, deputy chief economist at Toronto-Dominion Bank - a widening income gap between newcomers and Canadian-born people, and a jobless rate among recent immigrants that was already more than double that of native-born people. "If you have one segment of the population that doesn't have the opportunities that the other has, it raises fundamental questions," he said.

The problem is compounded in this recession because Canada continues to bring in temporary foreign workers - a policy that will hurt an economic recovery because it eventually displaces skilled permanent immigrants, a report this week by Toronto's Maytree Foundation said.

Not only are immigrants losing their jobs, but once they do, it's much tougher for them to re-enter the workforce, said Karol Adamowicz, director of careers services and research at the Edmonton Mennonite Centre for Newcomers. They tend to lack networks that can help land jobs, plus employers are even more likely to be queasy about foreign credentials now that the labour pool is so big, he said. "There's a lot of people for employers to choose from now, so they're not willing to take a risk on an immigrant whose credentials may or may not be clear. Employers are being more picky."

Mohammed Muqtadir arrived in Canada four years ago, hoping for a better life for his three children and armed with a master's degree in hospital administration from the United States and 15 years global experience in hospital management.

The Indian-born immigrant found work at a Toronto health network last year - only to have the contract evaporate in January.

Since then, he's volunteered, found mentors, taken English classes and done public speeches, with no luck.

But he is unwilling to settle for a job beneath his capabilities. So, he keeps searching.

"It's very frustrating," he said. "I have seen a lot of other people, professionals, drive taxis, but I don't want to do that. Once you get into that cycle, you won't be a professional in the future." 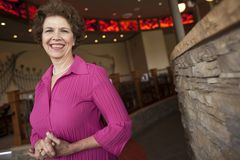 Immigrants and the job market
July 25, 2009
Follow Tavia Grant,  on Twitter @taviagrant
Report an error
Due to technical reasons, we have temporarily removed commenting from our articles. We hope to have this fixed soon. Thank you for your patience. If you are looking to give feedback on our new site, please send it along to feedback@globeandmail.com. If you want to write a letter to the editor, please forward to letters@globeandmail.com.
Comments