By the time Canadians log onto Statistics Canada's website in May to fill out the first long-form census in a decade, hundreds of trained census takers will have already covered 40 per cent of Canada's land mass to collect information in more than 29,000 homes in villages and hunting camps across Northern Canada.

Frigid temperatures and unpredictable ice roads are among the obstacles they face in one of the most arduous census exercises in the world, although some says the risks of not doing it are much higher.

When the previous Conservative federal government cancelled the mandatory long-form census and replaced it in 2011 with the voluntary National Household Survey, it sparked an outcry among policy experts across Canada who said they didn't have the data to make evidence-based decisions on everything from health care to social services.

National response rates plummeted to 69 per cent from 94 per cent and Northern Canada was hit especially hard. Data disappeared for nearly a third of the census subdivisions in the three territories because low response rates created quality and confidentiality issues that prevented Statscan from releasing it, making it impossible to track how tiny communities were dealing with challenges like climate change.

So when the new Liberal government announced that it would reinstate the long-form census this year, Lorne Anderson, Statistics Canada's regional director for operations in the Northern territories and Western Canada, got to work.

Because the Internet is not a reliable form of communication in the North, and mail can go unread for weeks while residents are travelling or on the land, "we do it the old-fashioned way," Mr. Anderson said. "We record manually and then we send the paper in a secure way to one of our offices. It's efficient and effective and we know that we get the coverage."

Mr. Anderson is overseeing more than 450 people while managers in Northern Quebec and Labrador will oversee an additional 170. They hit the ground by early February so they could use trucks with four-wheel drive to reach isolated communities by ice road instead of flying, which costs much more.

On Mr. Anderson's list were almost 70 communities, including some fly-in-only villages like Old Crow, Yukon, and the tiny settlement of Umingmaktok, a deserted Hudson's Bay Post in Nunavut with only two occupied dwellings.

"We want to catch people when they are home, before the ice breaks up and they start going out fishing or hunting or chasing their livelihood," said Mr. Anderson, who has just finished his own door-knocking expedition to Tsiigehtchic, a Gwich'in First Nations community 130 kilometres south of Inuvik, NWT.

His team hand-picked field staff who could work in the extreme cold and darkness of the Arctic winter. They also had to find locals to translate for census takers – many Northerners speak Inuktitut or other indigenous languages, but little English or French – and guides who know how to find remote cabins "to make sure we have full and complete coverage," he said.

Mr. Anderson also has access to a team of logistics experts to manage trips far beyond the normal Statscan routine. "A couple of people went from Uranium City in northern Saskatchewan and it was a 50-kilometre snowmobile trip," he said. "We set them up with satellite phones to make sure they were safe and in contact."

And sometimes the weather is not cold enough. "A couple of ice roads in Northern Manitoba never did freeze up," Mr. Anderson said. His team will now have to fly or boat in to those communities in the spring.

Compared with the rest of the country, the costs of doing the census in the North are "quite crazy," said Jack Hicks, who helped launch Nunavut's Bureau of Statistics in 1999.

But inaccurate data can be a matter of life and death.

Statistics Canada's data on suicides, though not collected through the Census, probably undercounts Nunavut suicides by up to 30 per cent, said Mr. Hicks, who recently helped discover the huge discrepancy by comparing Statscan data to coroners' reports. That could mean a big difference in mental-health services to vulnerable communities.

The data are equally murky for heart disease and stroke in the North.

"It might not seem like there is an epidemic," says Jeff Reading, the First Nations Health Authority chair in heart health and wellness at St. Paul's Hospital in Vancouver and Simon Fraser University. "Then you find out that 70 per cent of your community is smoking. If that were an Inuit community, we know from the epidemiology that they're going to have a heart attack or a stroke unless there is an intervention put into place. It's not rocket science, but without the research, you can't know that."

In 2014, the Auditor-General found that children in the Northwest Territories experience some of Canada's highest rates of poverty, alcohol and drug abuse, crime and homelessness, but the territory could not produce accurate information on children in foster homes.

That same report also found that Canada's Department of Indigenous and Northern Affairs does not collect enough information to monitor Northern food prices or to run the Nutrition North program intended to control them.

"We [Inuit] always seem to lose out because of a lack of information about people in the North," said James Eetoolook, vice-president of Nunavut Tunngavik Inc., which manages Inuit responsibilities under Nunavut's 1993 land claim agreement.

Nonetheless, Mr. Eetoolook said Inuit in Nunavut are "pleased" that the new government took this step because they rely heavily on information in the long-form census.

And indigenous leaders have been key to the census's return, Statscan's Mr. Anderson said. "There is no substitute for a local leader saying, 'This is important,'" he said. "That was crucial to our success."

His team is now shipping completed forms to be entered into computer systems at Statscan offices down south.

"We are well over targets for being able to get in and out of most communities," said Mr. Anderson, who hopes to complete his early enumeration work in the North by next week before his office joins other Statscan teams in enumerating First Nation communities across Canada.

Luke DeCoste is a Munk Fellow in Global Journalism based in Whitehorse, Yukon.

Editor's Note: An earlier version of this article incorrectly said Jack Hicks, who helped launch Nunavut's Bureau of Statistics in 1999, suggested the census can be a matter of life and death. Suicide data do not come from the census. 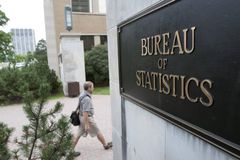 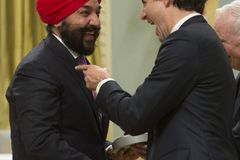 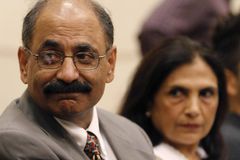