Melanoma patient Darcy Doherty wants to be treated with an experimental drug, knowing that without it there is little hope.

Mr. Doherty, 48, was excluded in April from the experimental trial BMS-936558 after scans suggested tumours had spread to his brain. His oncologist wants to treat him with the monoclonal antibody, but the drug company that is running the trial disagrees, citing safety concerns.

"When faced with a patient such as Darcy," said oncologist David Hogg, one of Canada's leading melanoma researchers, "my inability to secure such drugs is always frustrating and typically heartbreaking."

This is an ethical dilemma. At issue is whether patients should be provided compassionate access to a drug outside of a clinical trial when other treatment options have been exhausted. While refusing the drug may hasten death and suffering, allowing unfettered access could also cause adverse events, including death. On the other hand, for patients with little hope, what is there to lose?

"There's clearly competing issues and there's no right answer," said Dr. Hogg, an attending physician at Toronto's Princess Margaret Hospital. "From my point of view, I would like to give him the medication."

Fewer than 100 melanoma patients, most in the United States, have been treated with the monoclonal antibody, some of them showing dramatic positive responses. However, the proper dosing and duration of treatment are still not clear, nor are all side effects well understood. While the drug shows promise, Dr. Hogg said, it carries risk.

But Mr. Doherty believes he has nothing to lose; another drug provided in 2007 as part of a clinical trial gave him years when his disease had metastasized.

"I keep getting sicker and there's not a whole lot I can do about it," said Mr. Doherty, a father of three and former managing director of financial services, based in Toronto. "Any logical person would conclude this is a last go."

In a prepared statement, Bristol-Myers Squibb said patient safety comes first, a sentiment it said complies with Canadian regulations and strict conditions that "must be respected when humans are exposed to investigational agents."

While it empathizes with patients with limited treatment options, Bristol-Myers Squibb wrote, it must first collect adequate safety and efficacy data to determine the benefit/risk profile of the compound.

Bernard Dickens, professor emeritus of health law and policy at the University of Toronto, said drug companies have no duty to provide a compassionate release system on an unproven product in early stages of testing.

And Trudo Lemmens, who holds the Scholl Chair in Health Law and Policy at the U of T, said the early phase of the trial is "not a situation where compassionate access is customarily provided, nor should it be presented as a situation where people will likely benefit."

Dev Menon, professor of the department of public health sciences at University of Alberta, suggested that if there are safety concerns, then the drug company is probably right in not wanting it to be provided.

"But if the request is on truly compassionate grounds, in that there is no alternate therapy, and that is a 'last-chance' treatment, then the situation becomes different," he wrote in an e-mail. "How would society view and value last-chance therapies? This has less to do with the proven performance of the drug than with the small hope this might offer, in the absence of which there will be imminent death. That then becomes an ethical question."

"When people come to them with a good reason for compassionate grounds," said Ms. Cummings, who has started an online Facebook petition called Help Save Darcy, "I think shame on those drug companies for not considering those cases." 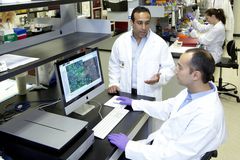 new
Rate of premature deaths in Canada halved over last 30 years: report
May 24, 2012 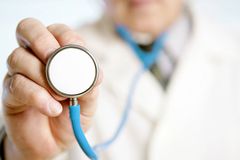 Losing even a few pounds may cut breast cancer risk
May 22, 2012 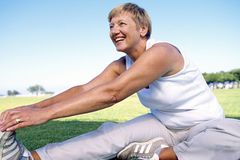 Radiation from Fukushima nuclear disaster below cancer-causing level
May 23, 2012