This week, the former Ontario premier who has kept a low profile since leaving office six months ago will be back out on the campaign trail.

In most of the provincial ridings being contested in Thursday's by-elections, Dalton McGuinty's help might not be wanted by a governing party seeking to turn the page. But in Ottawa South, the only seat where his name appears on his fellow Liberals' campaign literature rather than that of their opponents, he will be welcomed with open arms.

While Mr. McGuinty will only be stumping alongside Liberal candidate John Fraser in the campaign's final days, his famously large and tightly knit family has been all over the riding from the get-go. For him, and by extension for them, it feels a little like a last stand.

Another party wrestling away the seat that Mr. McGuinty occupied for 23 years, and that his father represented before him, would be the latest kick on his way out the door; a victory by Mr. Fraser, his longtime constituency assistant, would be a small bit of redemption after his reputation has been battered in the rest of the province.

Midway through a canvass earlier in the campaign, Progressive Conservative candidate Matt Young – a 34-year-old defence-contractor employee who represents the likeliest threat to Mr. Fraser – acknowledged there is little appetite for demonization of Ottawa South's most politically successful son. "That's what's interesting about this riding," he said. "We can't just play the 'Dalton's a crook' line over and over again."

That said, there does not currently appear to be overwhelming affection for him even here. While some voters volunteer that they dislike him, few self-identify as fans. But the McGuinty clan – including the former premier's nine siblings, one of whom serves as federal MP – is so woven into Ottawa South that there is some reluctance to outright turn on it.

At several doors, Mr. Young was told by residents that although they plan to vote for him, they don't want to put up lawn signs because they've gotten flack for doing so in the past.

The rookie PC candidate, who came into the race with little profile, but is surprisingly smooth on the doorstep, focused his pitch on the need for smaller government and made none of the "McGuinty-Wynne Liberals" references popular among Tories elsewhere. To the extent that the subject comes up, a local PC campaign worker said, the Tories hope to convey "more sorrow than anger" – a sense that Mr. McGuinty let down his riding by overstaying his welcome before fleeing midway through his final term.

Mr. Fraser, meanwhile, wears his 14 years working for the premier as a badge of honour. "I love what I do," the Liberal candidate tells every voter of his work on community projects and individual case files on Mr. McGuinty's behalf, and asks for the opportunity to keep doing it. A physically imposing, affable 54-year-old, he comes off as a sort of honorary member of the McGuinty family.

In an interview, Mr. Fraser hardly blinked at that perception. He conceded that he hears anger at some doors about the controversy around gas-plants cancellations, to which the Tories have somewhat dubiously tried to link him. But he said they are largely from the same people who complained about the province's new health tax in 2007 or the eHealth scandal in 2011 – and Mr. McGuinty won back the seat comfortably both times.

"People are generally pretty happy," he insisted, and on balance his old boss remains a net positive.

Whatever the views of Mr. McGuinty himself, the profile Mr. Fraser gained while doing constituent outreach and standing in for the premier at local events seems to help his cause. He was essentially the friendly face of a remote boss, and developed a nice-guy reputation in the process.

It is possible to overstate Mr. McGuinty's influence on the race. Despite a small-town vibe in neighbourhoods where families have lived for generations, Ottawa South is also home to large immigrant communities that may not be especially fussed one way or another about the former premier.

The presence of these voters, who historically have leaned Liberal, helps explain why Mr. Fraser's campaign still holds some optimism about its chances despite some grim recent poll numbers. The local organization that he inherited from Mr. McGuinty, and in which he himself previously served as campaign manager, should help with get-out-the-vote in efforts that will be pivotal in a by-election expected to have very low turnout.

Conversely, if the Liberals lose, it may have as much to do with vote-splitting as anything. Normally a non-factor in a riding that leans slightly to the right, the NDP is running an unusually strong candidate in school-board vice-chair Bronwyn Funicello; while she stands little chance of winning, she could siphon off enough Liberal votes to help Mr. Young.

Such nuance is likely to be lost, though, on Friday morning. If the Liberals lose, the symbolism of being rejected in Mr. McGuinty's backyard will be too much to ignore. 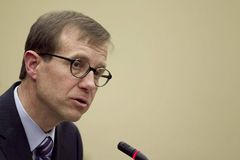 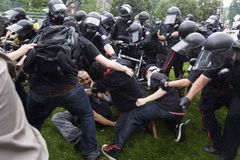 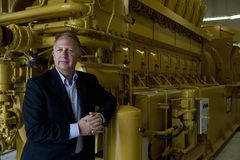