Schoolyard bullying in Ontario is on the decline, according to a new survey that shows interventions and increased attention are forcing kids to speak up.

But at the same time, the percentage of students who are being bullied over the Internet has not significantly changed since the Centre for Addiction and Mental Health first started tracking cyberbullying in 2011.

The CAMH survey, released on Wednesday, of more than 10,000 Ontario students in Grades 7 through 12 is conducted every two years and tracks their social behaviour, mental health and physical well-being. The students answered anonymous questionnaires between November, 2012, and June of last year.

Several high-profile cases have pushed the issue of bullying and how to tackle it to the forefront. Amanda Todd of Port Coquitlam, B.C., was 15 when she died by suicide in October, 2012, after being tormented by bullies, both in person and online. Rehtaeh Parsons, a 17-year-old from Cole Harbour, N.S., who killed herself last April, was also bullied.

The CAMH survey found that the percentage of kids who say they were bullied at school dropped eight percentage points over the past decade. The percentage of students who report bullying others also fell by half over the same time period.

Meanwhile, one in five students report being a victim of cyberbullying, with females more likely than males to say they were bullied on the Internet, the survey found. That figure has barely changed over the past two years.

Wendy Craig, a professor of psychology at Queen's University and scientific co-director of the healthy-relationships advocacy group PREVNet, said that while schools, parents and students are better at acting upon schoolyard bullying, kids don't know how to cope with cyberbullying. She noted that many children are given a cellphone by Grade 4, with little information on the risks associated with it.

"We should monitor them, provide them with feedback and we should coach them through it," she said. "And as they get better, we give them more autonomy. I think that's where we as adults aren't doing our job as well as we should be."

Prof. Craig said it is encouraging that school playground bullying has fallen. She credits that to heightened media attention around high-profile bullying cases, and parents and schools being pro-active on the issue. Ontario, for example, leads the way among provinces in its safe schools legislation, and requires every school to have a bullying intervention program.

This is important because new research shows that being bullied has links to brain development: It affects a child's ability to regulate emotion, and to learn and retain information.

"It's a really insidious behaviour, and we know it has long term consequences," Prof. Craig said. "We have real concerns about those kids when they get bullied outside at recess and they have to go back in and learn and they're not ready."

Kelly Krug, the co-ordinator responsible for a safe learning and working environment at the Peel District School Board, said schools have noticed a drop in physical and verbal bullying, because of the interventions. "Kids are telling adults and are involving adults in situations around bullying," she said.

The Peel district has a safe schools team in each school made up of staff, a student, a parent and a community member. Among the various anti-bullying initiatives, some schools have a partnership with the Canadian Red Cross, where student ambassadors are trained in bullying prevention and intervention.

"The policies and plans are very, very firm and solidified and part of the way we do business today, which wasn't in place 10 years ago," Ms. Krug said. "Everyone is more aware of bullying as a whole." 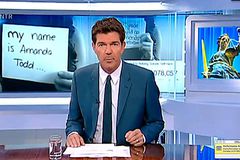 Consumerism is creating cunning and callous kids, therapist finds
May 29, 2014 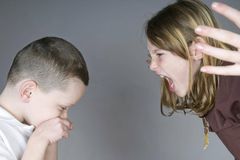