A new look at the incomes of Canadians shows improvements for most households, with the exception of single people and seniors.

The median after-tax income for all family types rose 2.6 per cent to $55,600 in 2014 from a year earlier, updated Statistics Canada data show. The annual change was uneven though; two-parent families with children saw their median after-tax income climb 4.5 per cent in the year, while the median income among single people and families whose major income earner is a senior (65 or older) was "virtually unchanged," the agency said.

The first glimpse of income trends for 2014, based on data from the agency's Canadian income survey, shows little significant change in income inequality and in the overall poverty rate. The numbers do not capture the more recent impact of lower oil prices, which has hit Alberta particularly hard. But they do suggest that Canada has not experienced the same magnitude of challenges experienced south of the border.

"Broadly speaking, all groups appear to have done well in recent years, or at least until 2014, the last year of data, which is consistent with most of the other evidence I have seen," said Thomas Lemieux, professor at the University of British Columbia's Vancouver School of Economics. "Inequality has not increased in recent years and pretty much all groups have enjoyed some modest income growth."

That said, not everyone is seeing the same rate of growth. Seniors – in particular single elderly women – made up a higher share of those living in low income, both on an annual basis and compared with a decade ago. The percentage of Canadians aged 65 and over living in low income rose to 12.5 per cent in 2014 from 11.6 per cent a year earlier. That's down from a recent peak of 13.4 per cent in 2011, but still marks a shift from prior decades. Twenty years earlier, the percentage was 3.9 per cent.

The trend is most acute among seniors who live on their own, as shifts in pension coverage, the labour market and government transfers put the squeeze on finances. In particular, the share of single elderly women in low income is 30 per cent, triple the level of two decades ago.

It's a relative measure: Statscan's after-tax low-income measure defines people as being low income if their after-tax income falls below half of the median income. As the rest of the population has fared better, seniors, by comparison, have seen more tepid improvements.

"What you have is strong growth for the general population and pretty flat for seniors, particularly for seniors at the low end," as much of their income, such as Old Age Security, is tied to inflation, statistician Richard Shillington said.

The findings come as Ottawa and most of the provinces have reached an agreement to expand the Canada Pension Plan, though those changes will not take effect for years to come. Mr. Shillington said immediate changes that would benefit low-income seniors include simplifying the system and easing the clawback in the Guaranteed Income Supplement.

The threshold for seniors living alone to be counted as low income is $21,773, meaning their annual income would have to be below that level to be considered low income.

Over all, 4.5 million people, or 13 per cent of the population, lived in low income in 2014, similar to year-earlier levels. The highest poverty rates among family types continue to be children who live in single-mother households, where 44.9 per cent live in low income.

A key measure of income inequality – the Gini co-efficient – was little changed in 2014. Much of the growth in Canada's income gap occurred between 1995 and 2010; in recent years, it has plateaued, albeit at a higher level. The top 10 per cent of earners accounted for 23.5 per cent of total after-tax income in 2014, while the bottom 10 per cent represented 2.6 per cent.

"Since about 2006, 2005, we've been pretty steady in the Gini, it hasn't really moved," suggesting inequality is not getter any worse or better, said John Nicoletta, chief of pensions, income and wealth at Statscan's income division.

"There's this increasing rhetoric … that when inequality goes up, you're at risk of a revolution. And inequality has gone up much more in the U.S. than in Canada, and that's because we have a better safety net, and a better education system in the sense that it equalizes opportunity more than in the U.S.," University of Ottawa professor and economist Michael Wolfson said. "We should celebrate that Canada has not made the kinds of decisions that the U.S. has made."

Still, he noted that the new data may not give a full picture, as it only looks at deciles of the population, rather than more granular changes that have occurred among the top 1 per cent or 0.1 per cent of earners.

Little benefit for many Canadian workers from CPP reforms: report
May 16, 2018 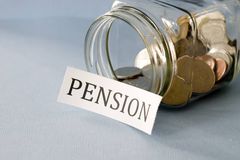 How to get the most bang from your RRSP contribution
May 16, 2018 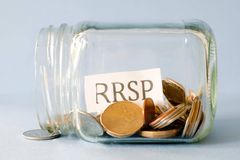 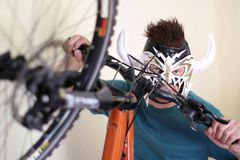