The pilot of a helicopter that crashed off Newfoundland, killing 17, was "approaching task saturation" and lacked key information when he decided not to ditch immediately, a Transportation Safety Board probe found.

The board's final report, issued Wednesday, details a litany of problems leading to the loss of Cougar Helicopters Flight 491, which went down two years ago on a routine run to offshore rigs.

Investigators identified a total of 16 separate elements contributing to the crash of the Sikorsky S-92, which went down after losing oil pressure in the main gearbox. The report stresses that no single factor was responsible and cites deficiencies with the design of the helicopter, its regulatory approval, training materials, maintenance work done by Cougar, on-board safety equipment and crew actions.

The TSB found that the flight crew lacked the training needed to identify the seriousness of their escalating situation. The report also painted a vivid picture of the tense moments before the crash, concluding that the pilot took on an "excessive workload" as the situation worsened.

"Contrary to the recommended task delegation practices in Cougar Helicopters' [standard operating procedures] the [pilot]elected to retain control of the helicopter, while attempting to manage the emergency response, and communicate with [air traffic control]and the Cougar dispatch centre," the report states.

"This placed considerable processing demands and stress on the [pilot] and he approached task saturation."

The term "task saturation" can refer to people in high-pressure situations losing the ability to prioritize. The problem has been recognized in aviation for decades and been blamed for catastrophic accidents. Eastern Airlines Flight 401 crashed in Florida in 1972, killing 101 people, after the flight crew became fixated on a minor problem.

"You tend to take your focus off what is important and not even realize it," explained Will Duke, director of learning and development for Afterburner Inc., an Atlanta-based corporate training company staffed by a number of former fighter pilots.

In the case of the crash off Newfoundland, the TSB found that "the captain's fixation on reaching shore combined with the first officer's non-assertiveness" contributed to "communication and decision-making breakdowns" in the cockpit.

But Danny Breen, whose brother Pete was killed in the crash, lays no blame on the flight crew. He has sharp words for their training, though, which prevented them from realizing the gravity of the situation. And he slammed the regulators who had certified the S-92.

"I believe and I've always believed that these pilots did everything within their capabilities and information to bring that aircraft to a safe landing," he said. "They didn't have, from what I can gather, the correct information to make the right assessment.'

Mike Cunningham, lead investigator for the TSB, was equally unwilling to point fingers.

"Any one of these [16 factors]in itself is not the cause of the accident," he said. "The pilot was doing the best of his ability."

The chopper crew reported they had lost oil pressure in the main gearbox and were turning back toward land. They crashed before reaching shore and all but one person aboard was killed.

It was later revealed that the aircraft had been certified as able to run for 30 minutes without oil in the main gearbox, even though it could not do so, after the manufacturer argued the possibility of such an incident was "extremely remote." The TSB probe found no evidence that this certification affected the flight crew's decisions.

Sikorsky spokesman Paul Jackson said they "recognize the great effort" that went into the TSB report.

"The loss of Cougar Flight 491 was a tragedy, and Sikorsky continues to express its deep condolences to those affected," he added. "We will decline to comment on the report until we have finished analyzing it."

The TSB's recommendations included a call for mandatory breathing apparatus on flights in conditions that require passengers to wear survival suits. They are also calling for stricter limits on flying over rough seas and for more information to be given to flight crews. And they want tighter regulations to prevent helicopters from being certified to standards they can't meet.

"A certain degree of closure was reached," said Harold Mullowney, whose brother Derrick died in the crash. "It's great there's these recommendations, so let's make sure they get enacted." 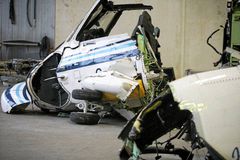 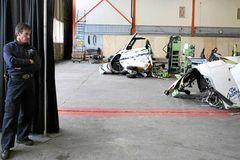