A rash of suicides in late 2013 was alarming. Within nine days, four Afghanistan war vets had taken their lives, raising questions about the military's mental-health care and the impact of the war on those who served.

The first questions The Globe and Mail sought to answer were how many current and former soldiers had taken their lives since the war began, and how many of those had served in Afghanistan. We also wanted to know their ranks, the bases they worked at, when they had deployed to Afghanistan, whether they had a mental illness, and whether they received treatment. The Globe was denied this information because it was not releasable under the Privacy Act, the Canadian Forces said.

The military tracks most soldier suicides annually, although its data on reservists are incomplete. But neither the military nor Veterans Affairs keep regular tabs on how many soldiers kill themselves after they are released from the military.

In a bid to fill the gap, The Globe contacted coroners and medical examiners to determine whether they track military service among suicides. They don't. The newspaper scoured scores of death notices and media reports, dating back to the start of the war in 2001, to pinpoint military deaths that appeared to be suicides. We found more than 50 and reached out to many families.

We also put in more than two dozen requests to National Defence and Veterans Affairs under the federal Access to Information Act – seeking, among other things, reports on suicide reviews and inquiries, audits of injury clinics, reports on mental-health waiting times, and data on attempted suicides. And we went back to the Canadian Forces, pressing for more details on the suicides it has tracked since 2001. We wanted to know whether the soldiers were in the regular forces or the reserves, whether they were male or female, whether they had served in Afghanistan. 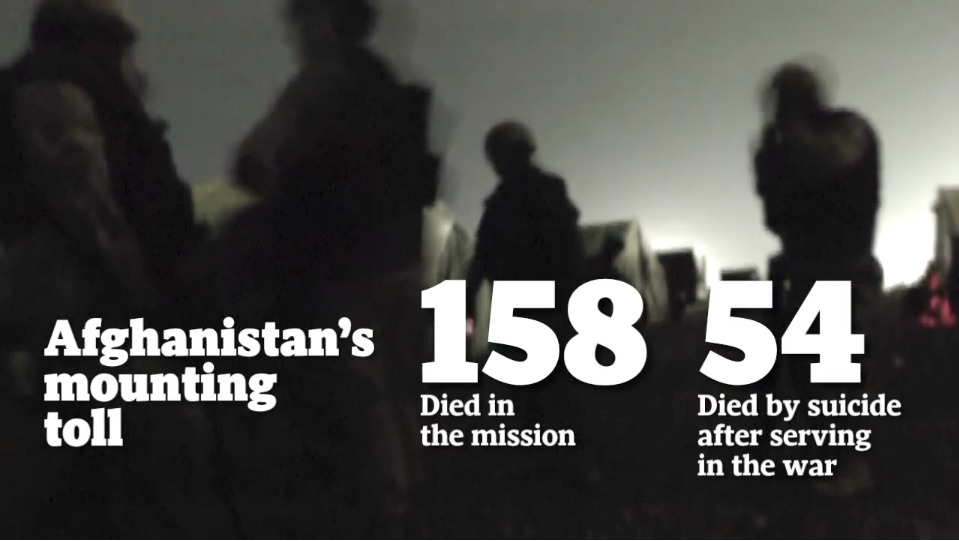 The information request was processed, but no details were released. The Globe turned to the Access to Information Act, asking for all records created in response to our questions for suicide data.

After nearly five months of waiting, we received a CD with 162 pages of National Defence and Canadian Forces e-mail communications. The Globe's request was initially sent to 30 military and government e-mail addresses on May 1, 2014, the records show. On May 20, a Canadian Forces e-mail noted that responses generated for The Globe represented new information and promised "to be an issue of interest to other media organizations." The e-mail chain went on until mid-June, and several senior military officials were involved in dealing with The Globe request, including the military's surgeon general and his deputy.

On Monday, the Canadian Forces provided The Globe with an updated suicide count – disclosing information that it had once tried to keep secret. The new data show that 53 active-duty members have taken their lives after serving in the Afghanistan war. Coupled with the six veterans identified by The Globe, this brings the count to at least 59 – more than one-third of the number of military members who died in theatre during the 13-year NATO-led combat operation.

The Forces also disclosed another figure that it had been keeping secret: Of the 158 soldiers who died in the mission, six took their lives.

Investigation reveals 54 Canadian soldiers died by suicide after war in Afghanistan
October 30, 2015
Follow Renata D’Aliesio on Twitter @renatadaliesio
Report an error Editorial code of conduct
Due to technical reasons, we have temporarily removed commenting from our articles. We hope to have this fixed soon. Thank you for your patience. If you are looking to give feedback on our new site, please send it along to feedback@globeandmail.com. If you want to write a letter to the editor, please forward to letters@globeandmail.com.
Comments