Jailed filmmaker Mark Twitchell once killed a complete stranger in a plot ripped from the pages of his own movie script, and now plans are under way to see his other film ideas become a reality.

The 33-year-old wannabe serial killer, who gained international attention for modelling his crimes in Edmonton on the Dexter television series, is attempting to resurrect his failed film career from behind bars.

He even has support from outside of prison to help complete some of his productions, which have been left unfinished since a 2011 first-degree-murder conviction saw him described as the "Dexter Killer" in American media.

Central to his comeback attempt is regaining control over film footage shot for his now-defunct Xpress Entertainment production company. Several seized hard drives containing hundreds of hours of unreleased film footage are still locked away in police storage lockers more than a year since his high-profile trial.

Mr. Twitchell, who is serving a life sentence at the maximum-security prison in Prince Albert, Sask., said he wants the footage returned so it can finally be edited and publicly released.

"All the footage is sheer gold," Mr. Twitchell has written in prison letters.

"Way too many amazing people gave so much of themselves to make that film magic. I will see it completed if it is literally the last thing I do."

But police have reacted angrily to Mr. Twitchell's plans and are preparing to oppose his efforts.

"Why would we give anything back to a convicted murderer?" said Staff Sergeant Bill Clark, co-head of Edmonton's homicide unit. "He's taken a life. He shouldn't benefit from that in any way."

Prior to his murder conviction, Mr. Twitchell had written, produced and directed a Star Wars fan film titled Secrets of the Rebellion with the help of dozens of sci-fi enthusiasts across the country. Promotional footage had also been shot for Day Players, a buddy comedy he had written.

His third uncompleted film was in post-production at the time of his arrest. Titled House of Cards, the short horror movie became central to the prosecution's theory that Mr. Twitchell wanted to become a serial killer inspired by fictional vigilante Dexter Morgan as a way to merge his violent fantasies with real-life experience.

In October, 2008, Johnny Altinger, a 38-year-old former White Rock, B.C., resident, had been expecting to meet a woman off a dating website in Edmonton only to discover far too late that it was a deception designed to lure him into a "kill room" set up at Mr. Twitchell's garage-turned-film-studio.

The ruse mirrored the plot of House of Cards, which had been filmed two weeks earlier with actors and Mr. Twitchell's long-time film crew at the same location.

Court heard how Mr. Twitchell, unbeknownst to his then wife, friends or film crew, had later returned to the studio alone to kill Mr. Altinger in a replication of the movie script – though another man escaped a similar attack and police uncovered evidence of plans for future killings.

Mr. Twitchell has repeatedly denied that he is a murderer, however, and insisted the jury's verdict is a big misunderstanding over his efforts to generate buzz for his film career.

His main interest in fighting for access to the seized footage, he said, is to complete the Star Wars project. But all the footage is being "held hostage" by the courts, he wrote, meaning his life's work is being "slowly suffocated" in the process. "I refuse to let my story – my life – end in a tragedy."

Police say Mr. Twitchell has recently stepped up his campaign by getting a friend to ask for the footage back on his behalf, but detectives refused the request and are instead forcing the convicted killer to make a formal application in court.

Mr. Twitchell's power of attorney, Mike Young, did not respond for comment, but another member of the film crew, Scott Cooke, said they have discussed plans for the seized footage and are willing to help complete the unfinished fan film.

"There's always the concern that basically Mark's doing this at this point to try and gain more attention," he said. "At the same time, though, a lot of good people did work on it and I'm pretty sure the vast majority of them would like to see it finished."

Mr. Cooke said they have no interest in making money off of Mr. Twitchell's films. Once completed, the fan film would be released online for free, likely on YouTube, though no decision has been made on House of Cards since the film is so closely tied to the murder case. "Nobody really wants to touch it at this point."

While detectives have so far been successful in stopping Mr. Twitchell and his film crew, a legal loophole could change everything: The prosecution never used the film footage as an exhibit.

"The basic principle is if it's not used as evidence in court then eventually it's got to be returned," said Steven Penny, a criminal-law expert at the University of Alberta.

Staff Sgt. Clark said Edmonton police policy is to keep exhibits for 99 years, but conceded someone's belongings are another matter.

"We don't want to give him any opportunity to profit from his crimes," he said, "but we may be hard-pressed to come up with a good reason to hold on to his personal property."

Mr. Twitchell has not yet revealed when he will file an application for his film footage.

Last year, Mr. Twitchell provoked outrage when he tried to sell celebrity sketches from prison, though those plans later crumbled when his intermediary changed his mind about helping him.

Steve Lillebuen is the author of The Devil's Cinema: The Untold Story Behind Mark Twitchell's Kill Room.

Murderers have become online broadcasters. And their audience is us
June 2, 2012 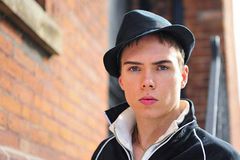 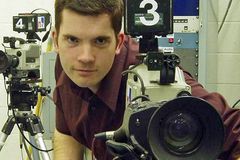 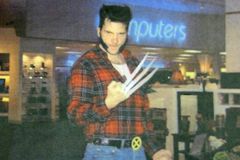 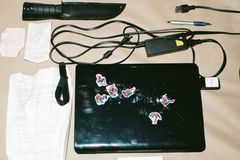 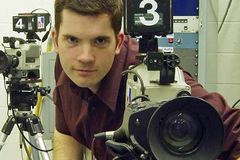